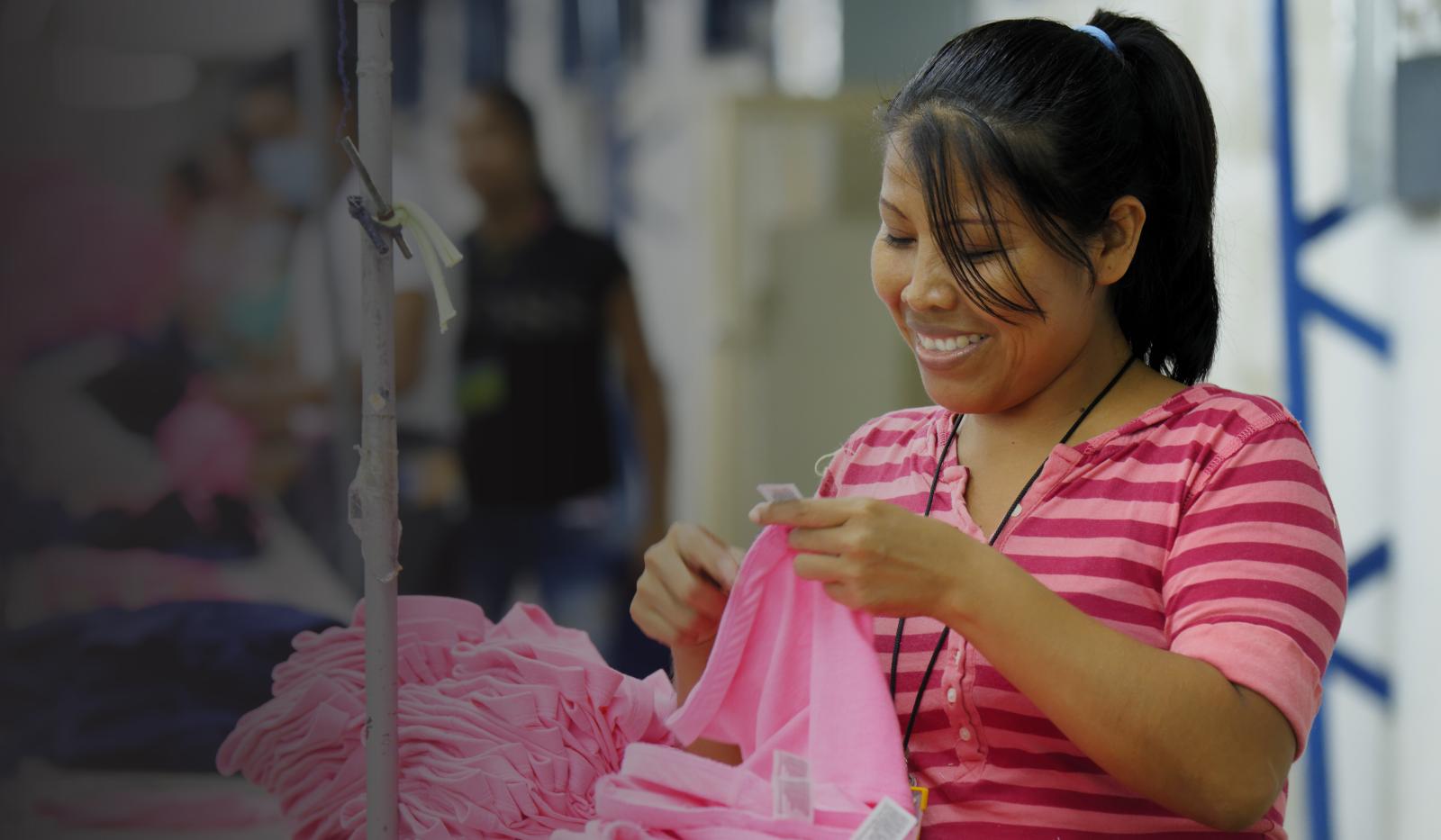 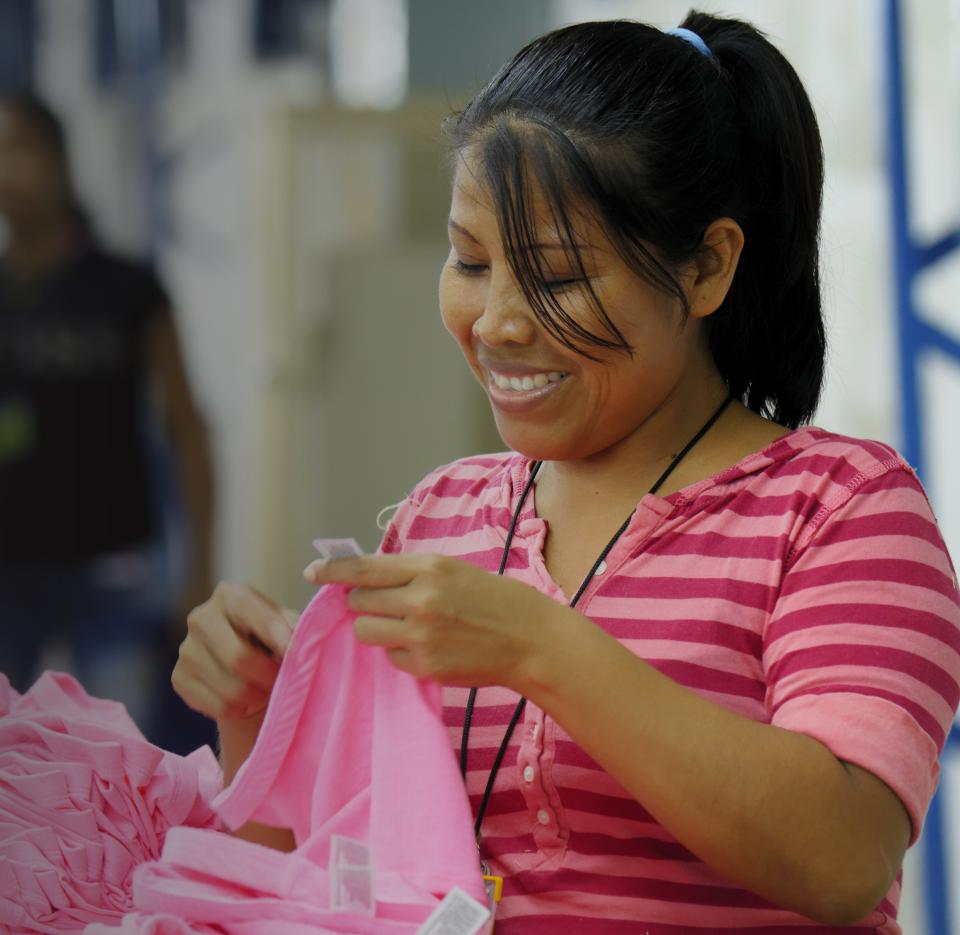 What does it do? How is it relevant to my work?

Since 1919, representatives of governments, employers and workers have come together to adopt international labour standards – 189 Conventions, giving rise to international treaty obligations, as well as over 200 Recommendations.

Eight of these Conventions have been designated by the ILO as “fundamental,” with “particular significance both as human rights and enabling conditions for the achievement of other ILO strategic objectives, and for the creation of decent jobs”[1]. These include the Conventions addressing child labour, forced labour, non-discrimination in employment and occupation, and freedom of association. Most recently, ILO constituents also adopted the 2014 Protocol to the Forced Labour Convention, 1930. The foundation of the right to decent work is respect for the fundamental rights of workers, as set out in these Conventions. Human rights are not only the foundation of decent work; decent work has been recognized as a human right itself which is also recognized in the Universal Declaration of Human Rights (UDHR) which has provisions dealing, not only with the right to work, but with the various aspects of decent work, including just and favourable conditions of work, protection against unemployment, equal pay, social protection and the right to form and join trade unions[2]. Similar provisions are included in other international human rights treaties. The Committee on Economic, Social and Cultural Rights has made it clear, in general comment No. 18, that “work” as referred to in the ICCPR, means “decent work”, making specific reference to a range of ILO Conventions[3]. The ILO Conventions and Recommendations, and the comments of the ILO supervisory bodies, elaborate on and provide substance to the right to decent work.

Ratifications to fundamental Conventions, by date (as of March 2017)

The ILO has a comprehensive and long-standing supervisory system, with a range of different and mutually reinforcing mechanisms. The main ILO supervisory mechanism linked to governments’ regular reporting obligation under ratified Conventions, and addressing all Conventions, is the Committee of Experts on the Application of Conventions and Recommendations (Committee of Experts). The Committee of Experts considers annually over 2000 country reports. The Committee of Experts makes two kinds of comments: observations and direct requests. Observations, which are published in the Committee’s annual report, generally contain comments on fundamental questions raised by the application of a particular Convention by a State. Direct requests relate to more technical questions or requests for further information, and are directly communicated to the Governments concerned. The Committee of Expert’s annual report, containing over 800 observations on a wide range of Conventions, is then examined by the Conference Committee on the Application of Standards of the International Labour Conference. The reports of these supervisory bodies contain observations and conclusions that touch upon people’s daily lives. They address violations of rights, as well as a range of issues relating to conditions in labour markets that can enhance opportunities for enterprise and job creation, and improve pay and working conditions, social protection, productivity, and labour-management relations.

In addition to the regular reporting procedures, the ILO Supervisory machinery includes a number of complaints or grievance mechanisms to deal with allegations of a breach of specific Conventions, in this connection, there are also representation and complaints procedures, as well as special freedom of association procedures. Individual communications are not addressed, but workers’ and employers’ organizations have an important role in each of the supervisory processes. The various mechanisms are described in this table.

The ILO supervisory machinery and the UN human rights mechanisms reinforce and complement each other. The ILO supervisory bodies regularly refer to information provided to and the reports of the Treaty and Charter-based bodies, and these bodies, as well as in the context of the UPR, refer to ILO conventions and procedures. Ratification of ILO conventions is, for example, regularly recommended in the context of the UPR. The ILO provides reports to the Treaty and Charter-based bodies, and the ILO Committee of Experts meets annually with members of the Committee on Economic, Social and Cultural Rights to exchange views.

How is the work of the ILO supervisory bodies relevant to UNCTs?

The work of the various international human rights mechanisms, including the ILO supervisory mechanisms, are mutually reinforcing – their observations, conclusions and recommendations need to be examined together if UNCTs are to have a complete picture of the country’s human rights situation, including any specific challenges and areas of concern. The comments, conclusions and recommendations of the ILO supervisory bodies are thus important as analytical input to the UNDAF preparation, in identifying priority areas for programming interventions, and in assessing progress.

At least every three years, governments must submit reports with respect to the eight fundamental Conventions. The Government can even be asked to report outside the regular cycle, if there is a communication by a workers’ or employers’ organization. There may also be supplementary information and conclusions for cases that are brought before the Committee on the Application of Standards, or if representation or complaints reports have been issued regarding a particular country. Together, these mechanisms provide a wealth of information and guidance to assist UNCTs in understanding and analysing the human rights situation in the country, and the elements that contribute to the violation or promotion of a particular human right.

The comments, conclusions and recommendations of the ILO supervisory bodies are important as analytical input to the UNDAF preparation, in identifying priority areas for programming interventions, and in assessing progress. Decent Work Country Programmes (DWCP) also provide key elements for the UNDAF process. The role of the supervisory bodies and DWCPs in the UNDAF process was highlighted in the 2010 UNDAF Guidance Materials. See useful resources section.

In addition, as workers’ and employers’ organizations are part of the ILO governance structure, ILO often has privileged access to national trade unions and business representatives. ILO constituents at the national level can be important in providing practical and up to date information on the human rights situation, and can be key partners in developing and implementing related strategies and programmes. They are often on the front line of addressing human rights concerns in a country.

Access the print-friendly version of the UNCT checklist by clicking here.

The fundamental right to be free from forced labour is linked to the need for an enabling environment for freedom of association and collective bargaining. An important example of the impact of supervisory mechanisms can be seen from the long-standing engagement on the issue of forced labour in Myanmar and the efforts taken to promote its elimination. This has resulted in significant improvements in the legislative framework.

For a number of years, the Committee of Experts on the Application of Conventions and Recommendations had made comments on violations of the Forced Labour Convention, 1930 (No. 29) in Myanmar. A Commission of Inquiry was appointed by the Governing Body in March 1997 under article 26 of the ILO Constitution and this was followed by the adoption of a resolution by the International Labour Conference which aimed to ensure measures to address the perpetuation or extension of the system of forced or compulsory labour referred to by the Commission of Inquiry. The cooperation between the ILO and the Government was strengthened in 2001 through the signing of an Understanding to allow a high-level team to assess the realities of the forced labour situation in the country and the appointment of an ILO Liaison Officer in Myanmar.

A complaints mechanism was established in a Supplementary Understanding between the ILO and the Government in 2007 aimed at giving victims of forced labour the opportunity to channel their complaints to the competent authorities with a view to seeking redress. Following the repeal of the Village Act and Towns Act of 1907, which was specifically requested by the Commission of Inquiry, the Committee of Experts also welcomed positive developments in the application of the Forced Labour Convention by the Government, and encouraged it to pursue on-going efforts towards the elimination of forced labour in all its forms, both in law and practice.

The Committee of Experts welcomed the passage of the Labour Organization Law which addressed gaps in the legislative framework in relation to the right of workers to form and join organizations of their own choosing. When in force, the Labour Law will provide that newly formed workers organizations will be in a position to exercise fully their trade union activities, including with a view to playing their part towards the full and effective elimination of forced labour. As a result of recent progress, the International Labour Conference in 2013 decided to discontinue the special measures put in place to secure observance by the Government of Myanmar of its voluntarily undertaken international obligations.