More than a technical exercise, gender equality is a politically complex effort to shape attitudes and policy decisions that endorse equitable distribution of resources among men and women, girls and boys. It is a way of looking at how social norms and power structures impact the lives and opportunities available to different groups of men and women. Understanding that men and women, boys and girls, experience poverty differently and face different barriers in accessing services, economic resources and political opportunities helps to target interventions. However, gender roles and relationships are not fixed; they evolve based on circumstance. To advance the SDG targets and achieve the 2030 Agenda, Gender inequality must be brought to the forefront of programmes and analysis. Faster progress across all the SDGs will largely depend on the thorough integration of gender dimensions in public policies.

Gender equality makes development stronger and more sustainable. It is not only a pressing moral and social issue but also a critical economic challenge. If women—who account for half the world’s working-age population—do not achieve their full economic potential, the global economy will suffer. In fact, if women were afforded the same equity as men in the labour market, the global annual GDP could potentially grow by as much as $28 trillion, or 26 per cent by the year 2025. Gender inequality also indirectly impacts investment and population growth. The estimated 0.4 to 0.9 per cent difference in the growth rate between East Asia and Sub Saharan Africa, South Asia, and the Middle East is due to the higher gender inequality within education that prevails in those regions. Moreover, gender inequality in education prevents progress in the reduction of unintended pregnancies and high fertility and child mortality rates, thereby compromising a country’s well-being. Societies that encourage women to hold political leadership positions demonstrate more equally balanced schools, and are overall more peaceful and equitable. There is a growing body of empirical evidence that suggests there is a greater risk of internal conflict within societies that have higher levels of gender inequality.

Gender Mainstreaming as a strategic approach for achieving the goal of gender equality, has been mandated in the UN system since the Beijing Platform for Action (1995) and the 1997/2 agreed conclusions of the Economic and Social Council (ECOSOC 1997/2), and subsequently across all of the major areas of work of the UN system. The ECOSOC defined gender mainstreaming as “a strategy for making women’s as well as men’s concerns and experiences an integral dimension of the design, implementation, monitoring and evaluation of policies and programmes in all political, economic and societal spheres so that women and men benefit equally, and inequality is not perpetrated. Both targeted interventions and integrated operations are valid forms of gender mainstreaming measures." Read more on Gender Mainstreaming.

The UN’s commitment to achieving system-wide gender parity is underpinned by a strong legislative and institutional framework, which has been consistently developed and strengthened since the establishment of the United Nations in 1945. This framework includes the Charter of the United Nations, the Commission on the Status of Women (CSW), the Convention on the Elimination of All Forms of Discrimination against Women (CEDAW), Resolutions of the General Assembly, the Beijing Declaration and Platform for Action of the Fourth World Conference on Women, and most recently the 2030 Agenda for Sustainable Development. Learn more about the UN's normative framework here.

Make the UN Reform Gender sensitive. The United Nations Sustainable Development Cooperation framework guidance identifies gender as one of the six programming principles. The Companion Piece on Programming principles provides guidance to United Nations Country Teams (UNCT) to integrate gender in the cooperation process. To go deeper in the methodology and find best practices, practical tools and examples for each step, use the Resource Book for Mainstreaming Gender in UN Common Programming at the Country Level (2019).

Gender Theme Group should be considered “key drivers of change and enhanced UNCT response on gender equality and women’s empowerment at national level”. The updated Resource Guide for Gender theme group is a key resource to see how to set and strengthen this instrument. 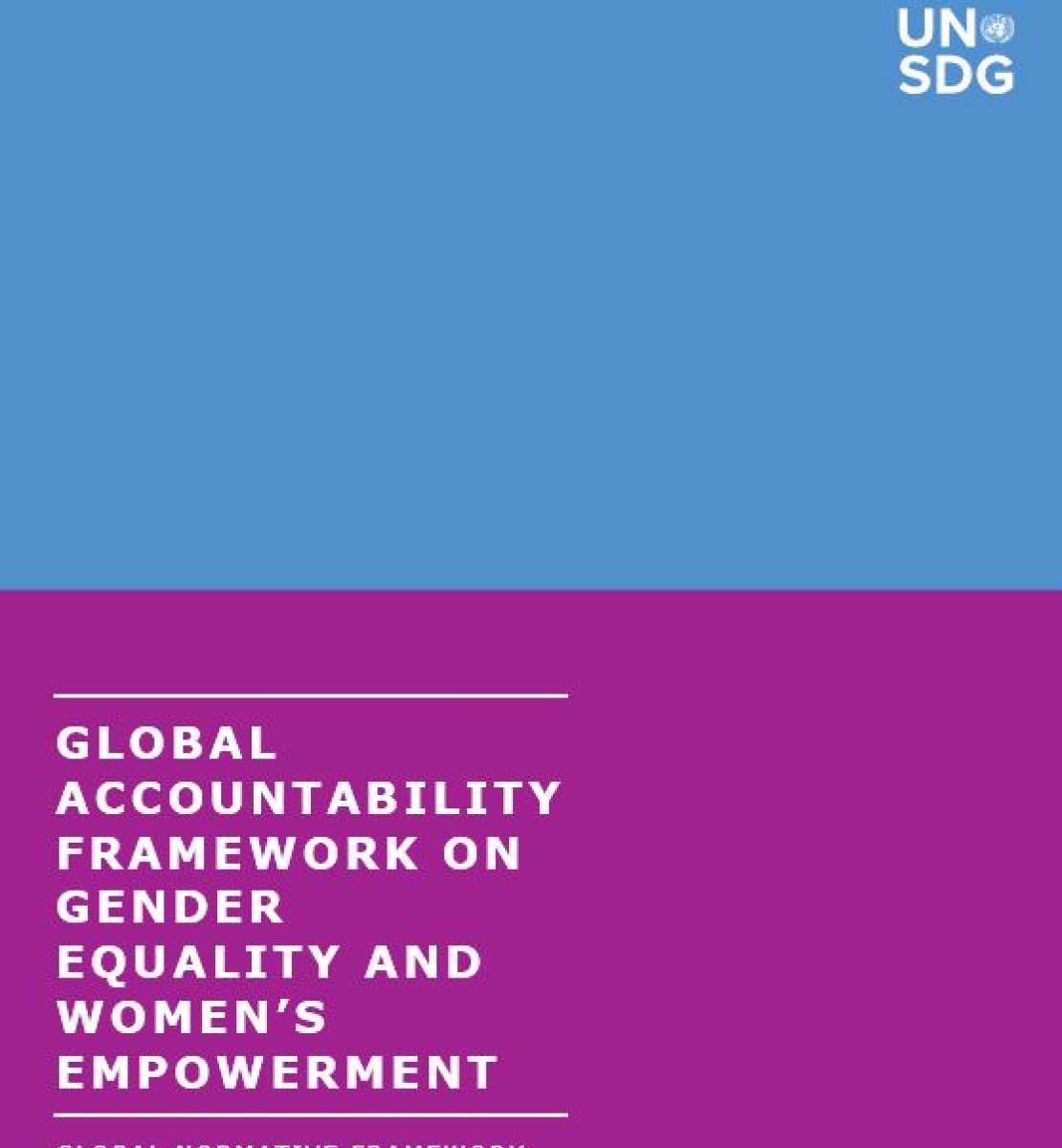 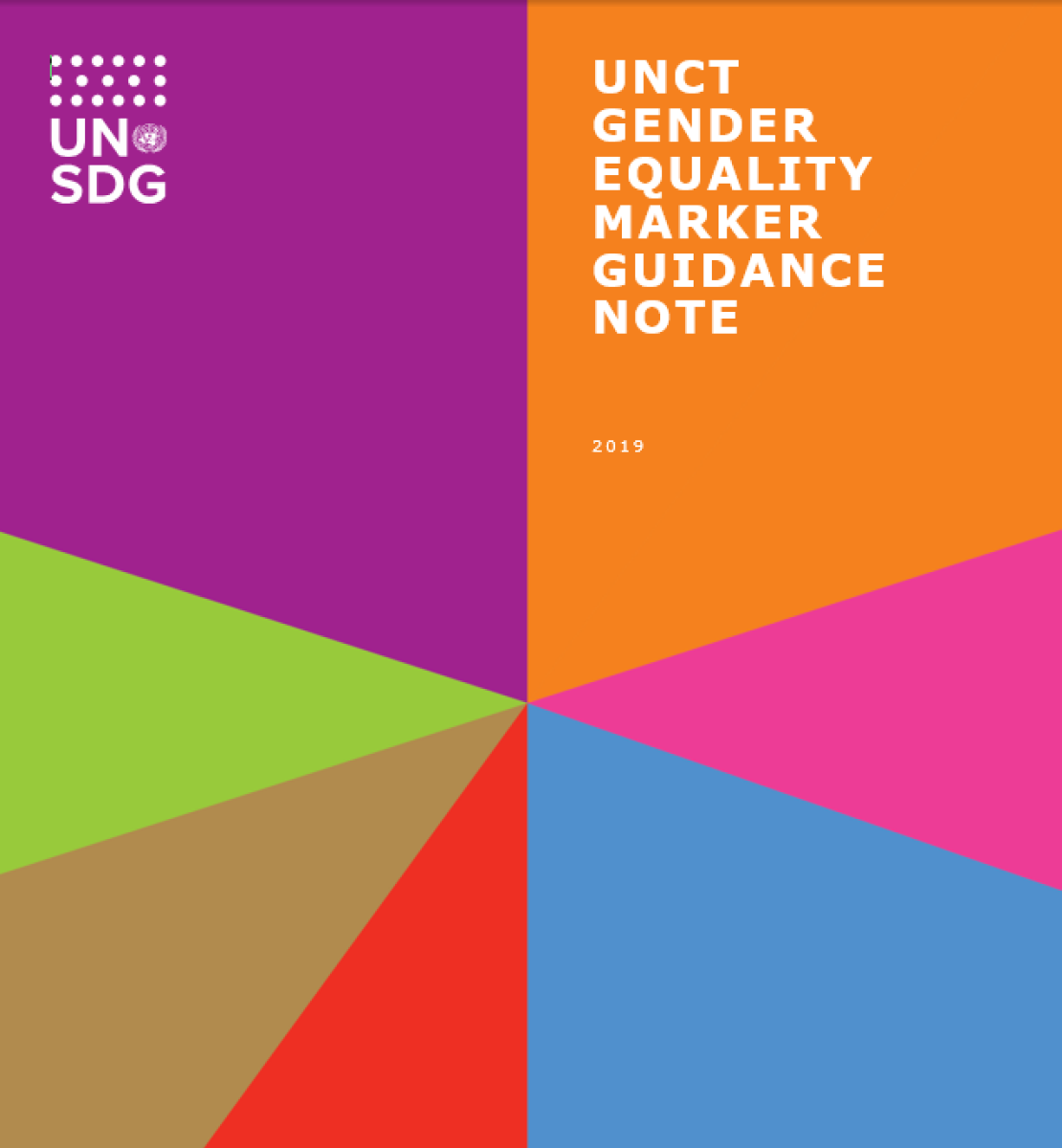 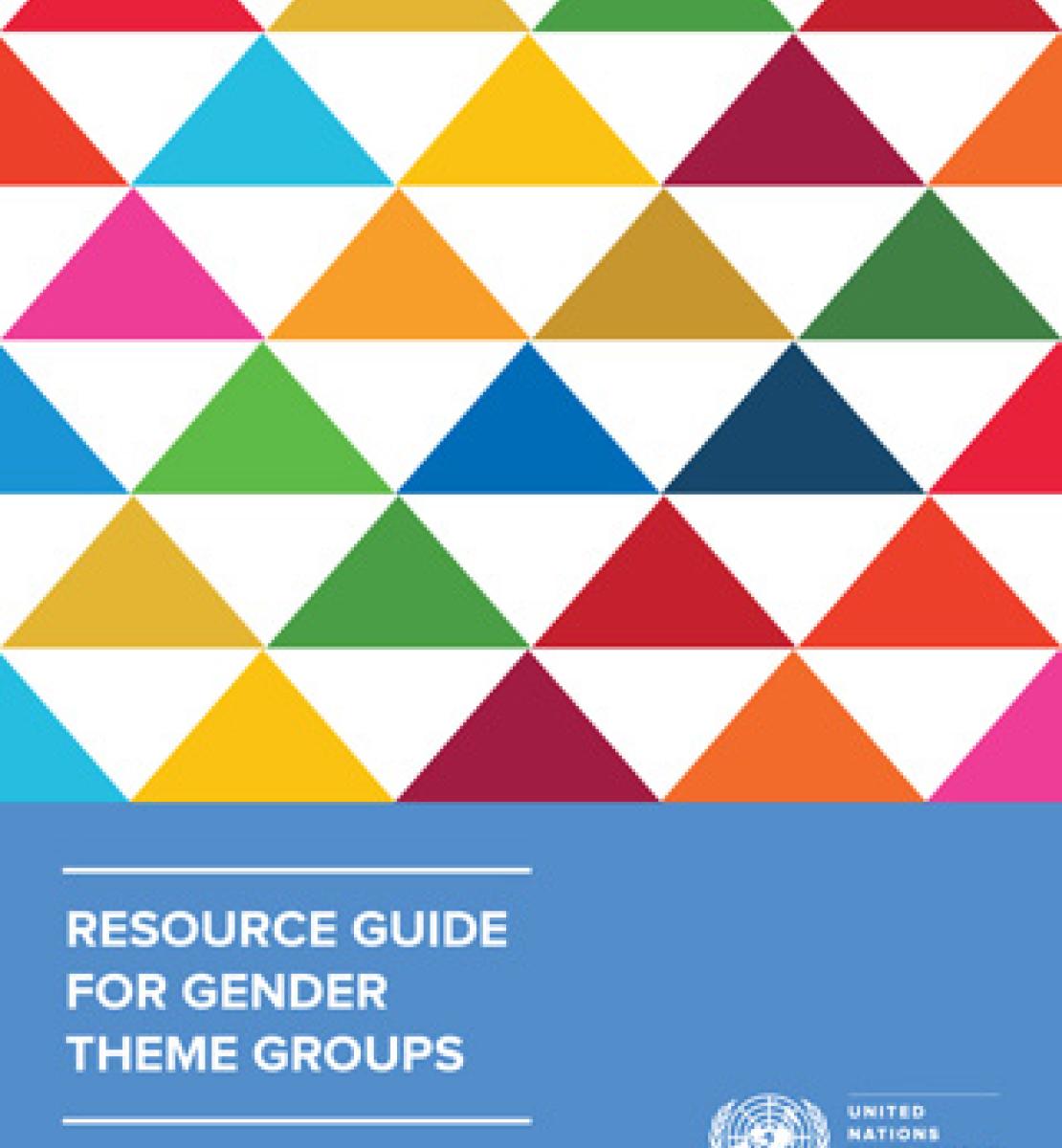 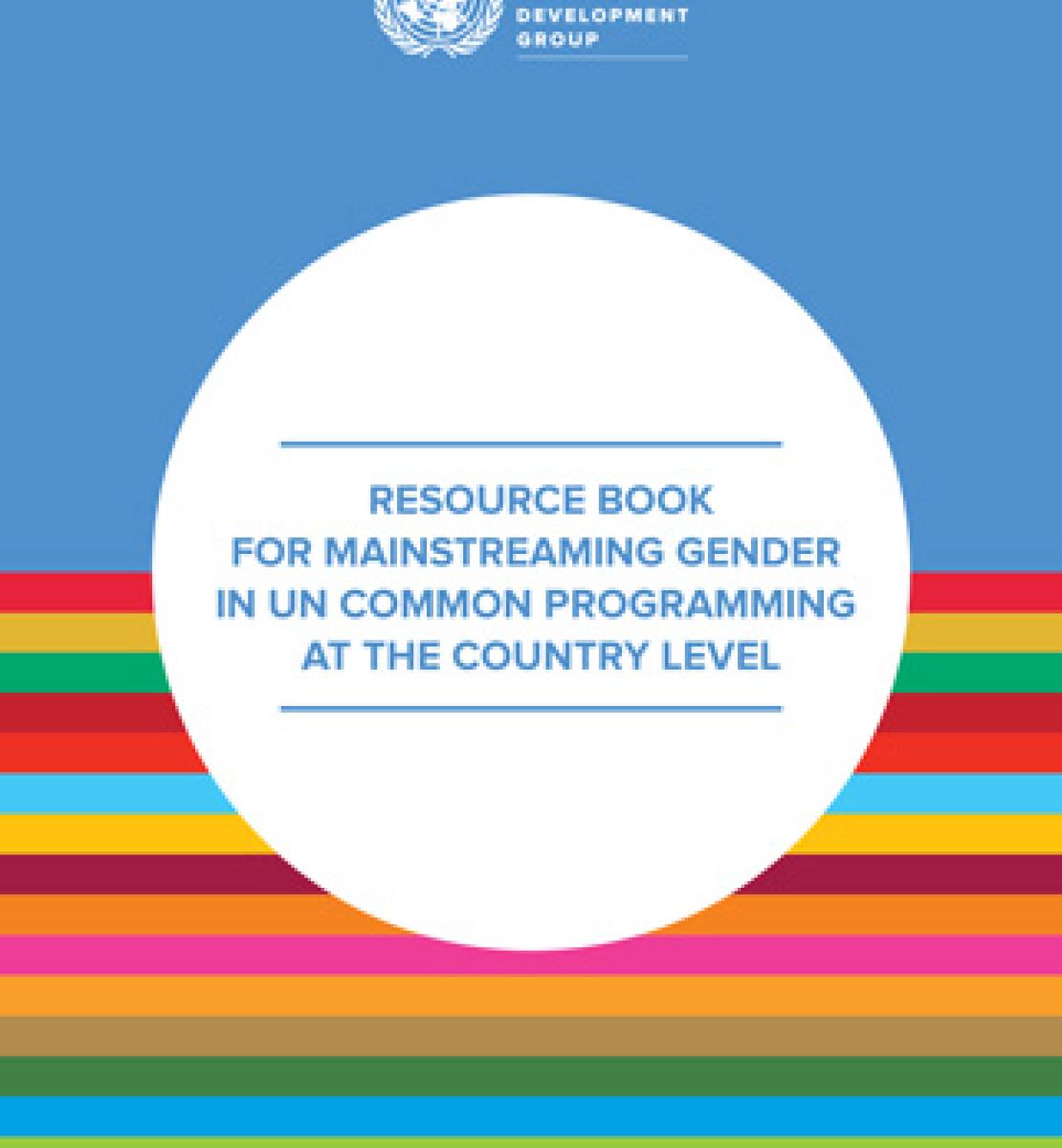 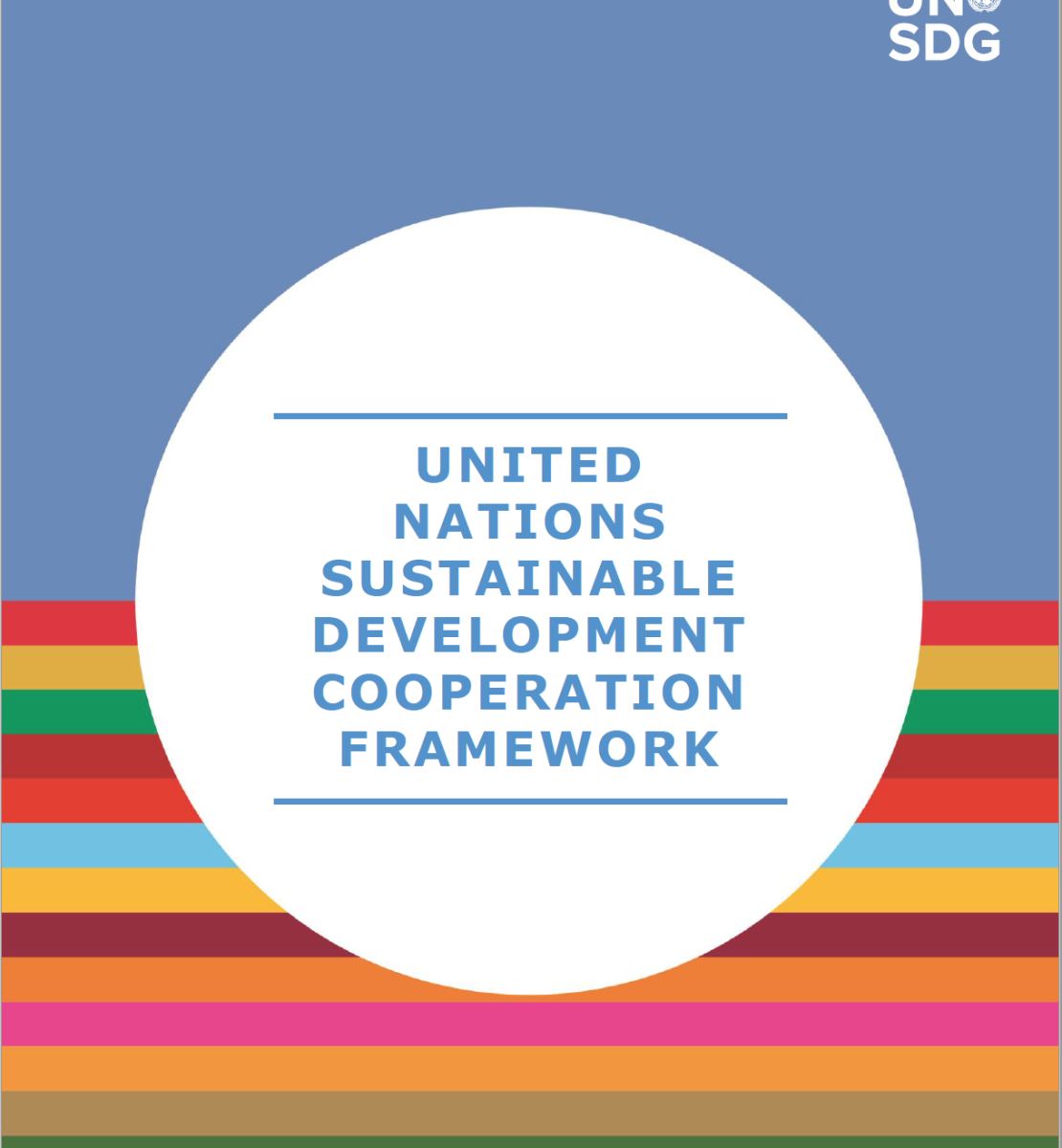