United Nations Secretary-General António Guterres has appointed Julien Harneis of the United Kingdom as the United Nations Resident Coordinator in Pakistan, with the host Government’s approval.

Mr. Harneis brings 31 years of experience in development cooperation, humanitarian assistance and management. He was previously Deputy Humanitarian Coordinator in the Democratic Republic of Congo, before which he served as Head of Office for the Office of Coordination of Humanitarian Affairs in Nigeria, UNICEF Representative in Yemen and in Guinea, as well as humanitarian positions in the Democratic Republic of Congo, Lebanon and Indonesia. Prior to joining the United Nations, Mr. Harneis worked in the private sector. 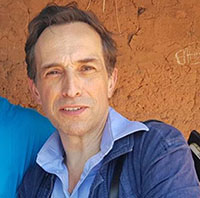