With more than 30 years of experience in multilateral affairs and diplomacy, Mr. Pang has worked in areas of peace and security, arms control and disarmament, economic development, promotion and protection of human rights. At the United Nations, he has served with the United Nations Monitoring Verification and Inspection Commission (UNMOVIC) as Senior Activity Evaluation Officer from 2000 to 2005.

He has a post-graduate degree from the Beijing Foreign Studies University and a bachelor’s degree in English and American literature from Fudan University, Shanghai. 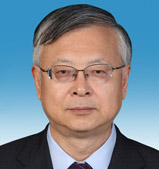