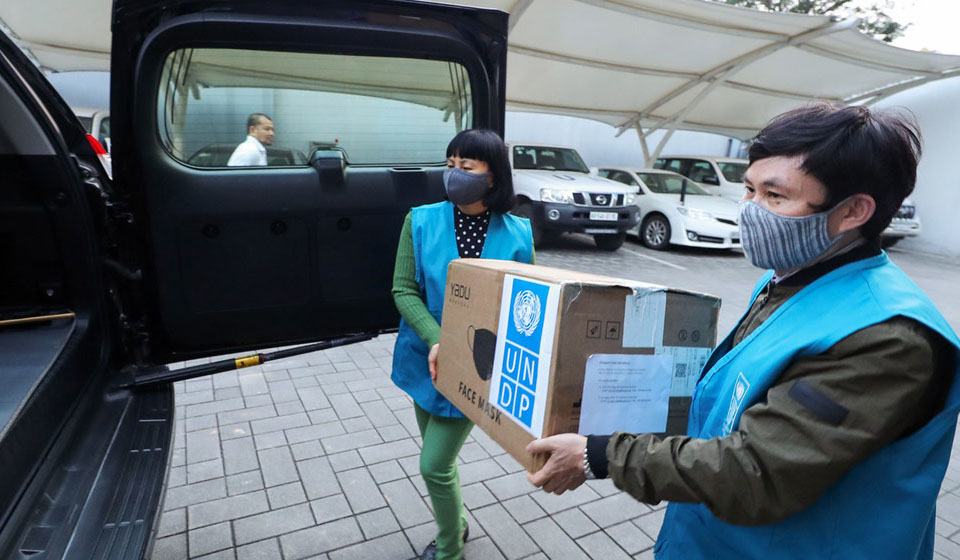 “Despite a new wave which began on 25 July which Viet Nam is now also in the process of bringing under effective control, it is globally recognized that Viet Nam demonstrated one of the world’s most successful responses to the COVID-19 pandemic between January  and April 16. After that date, no cases of local transmission were recorded for 99 consecutive days.

There were less than 400 cases of infection across the country during that period, most of them imported, and zero deaths, a remarkable accomplishment considering the country’s population of 96 million people and the fact that it shares a 1,450 km land border with China.

Viet Nam’s success has drawn international attention because of its early, proactive, response, led by the government, and involving the whole political system, and all aspects of the society. With the support of the World Health Organization (WHO) and other partners, Viet Nam had already put a long-term plan in place, to enable it to cope with public health emergencies, building on its experience dealing with previous disease outbreaks, such as SARS, which it also handled remarkably well.

Viet Nam’s successful management of the COVID-19 outbreak so far can, therefore, be at least partly put down to the its investment during “peacetime”. The country has now demonstrated that preparedness to deal with infectious disease is a key ingredient for protecting people and securing public health in times of pandemics such as COVID-19.

As early as January 2020, Viet Nam conducted its first risk assessment, immediately after the identification of a cluster of cases of “severe pneumonia with unknown etiology” in Wuhan, China. From the time that the first two COVID-19 cases were confirmed in Viet Nam in the second half of January 2020, the government started to put precautionary measures into effect by strengthening entry-screening measures and extending the Tết (Lunar New Year) holiday for schools.

By 13 February 2020, the number of cases had climbed to 16 with limited local transmission detected in a village near the capital city, Hanoi. As this had the potential to cause a further spread of the virus in Viet Nam, the country implemented a targeted three-week village-wide quarantine, affecting 11,000 people. There were then no further local cases for three  weeks.

But Viet Nam had simultaneously developed its broader quarantine and isolation policy to control COVID-19. As the next wave began in early March, through an imported case from the UK, the government knew that it was crucial to contain virus transmission as fast as possible, in order also to safeguard its economy.

Viet Nam therefore closed its borders and suspended international flights from mainland China in February, extending this to UK, Europe, the US and then the rest of the world progressively in March, whilst requiring all travelers entering the country, including its nationals, to undergo 14-day mandatory quarantine on arrival.

This helped the authorities keep track of imported cases of COVID-19 and prevent further local transmission which could have then led to wider community transmission. Both the military and local governments were mobilized to provide testing, meals and amenity services to all quarantine facilities which remained free during this period.

While there was never a nationwide lockdown, some restrictive physical distancing measures were implemented throughout the country. On 1 April 2020, the Prime Minister issued a nationwide two week physical distancing directive, which was extended by a week in major cities and hotspots: people were advised to stay at home, non-essential businesses were requested to close, and public transportation was limited.

Such measures were so successful that, by early May, following two weeks without a locally confirmed case, schools and businesses resumed their operations and people could return to regular routines. Green One UN House, the home of most UN agencies in Viet Nam, remained open throughout this period, with the Resident Coordinator, WHO Representative and approximately 200 UN staff and consultants physically in the office throughout this period, to provide vital support to the Government and people of Viet Nam.

Notably, the Vietnamese public had been exceptionally compliant with government directives and advice, partly as a result of trust built up thanks to real time, transparent communication from the Ministry of Health, supported by the WHO and other UN agencies.

Innovative methods were used to keep the public informed and safe. For instance, regular text updates were sent by the Ministry of Health, on preventive measures and COVID-19’s symptoms. A COVID-19 song was released, with lyrics raising public awareness of the disease, which later went viral on social media with a dance challenge on Tik Tok initiated by Quang Dang, a local celebrity.

Still, challenges remain to ensure that the people across the country, especially the hardest hit people, from small and medium-sized enterprises (SMEs) and poor and vulnerable groups, are well served by an adequately resourced and effectively implemented social protection package.

The UN in Viet Nam is keen to help the government support clean technology-based SMEs, with the cooperation of international financial institutions, which will need to do things differently from the past and embrace a new, more inclusive and sustainable, perspective on growth.

As I write, Viet Nam stands at a critical point with respect to COVID-19. On 25 July, 99 days after being COVID-free in terms of local transmission, a new case was confirmed in Da Nang, a well-known tourist destination; hundreds of thousands of people flocked to the city and surrounding region over the summer.

The government is once again demonstrating its serious commitment to containing local virus transmission. While there have been a few hundred new local transmission cases and 24 deaths, all centered in a major hospital in Danang (sadly, all the deaths were of people with multiple pre-conditions) aggressive contact tracing, proactive case management, extensive quarantining measures and comprehensive public communication activities are taking place.

I am confident that the country will be successful in its efforts to once again successfully contain the virus, once more over the next few weeks.” 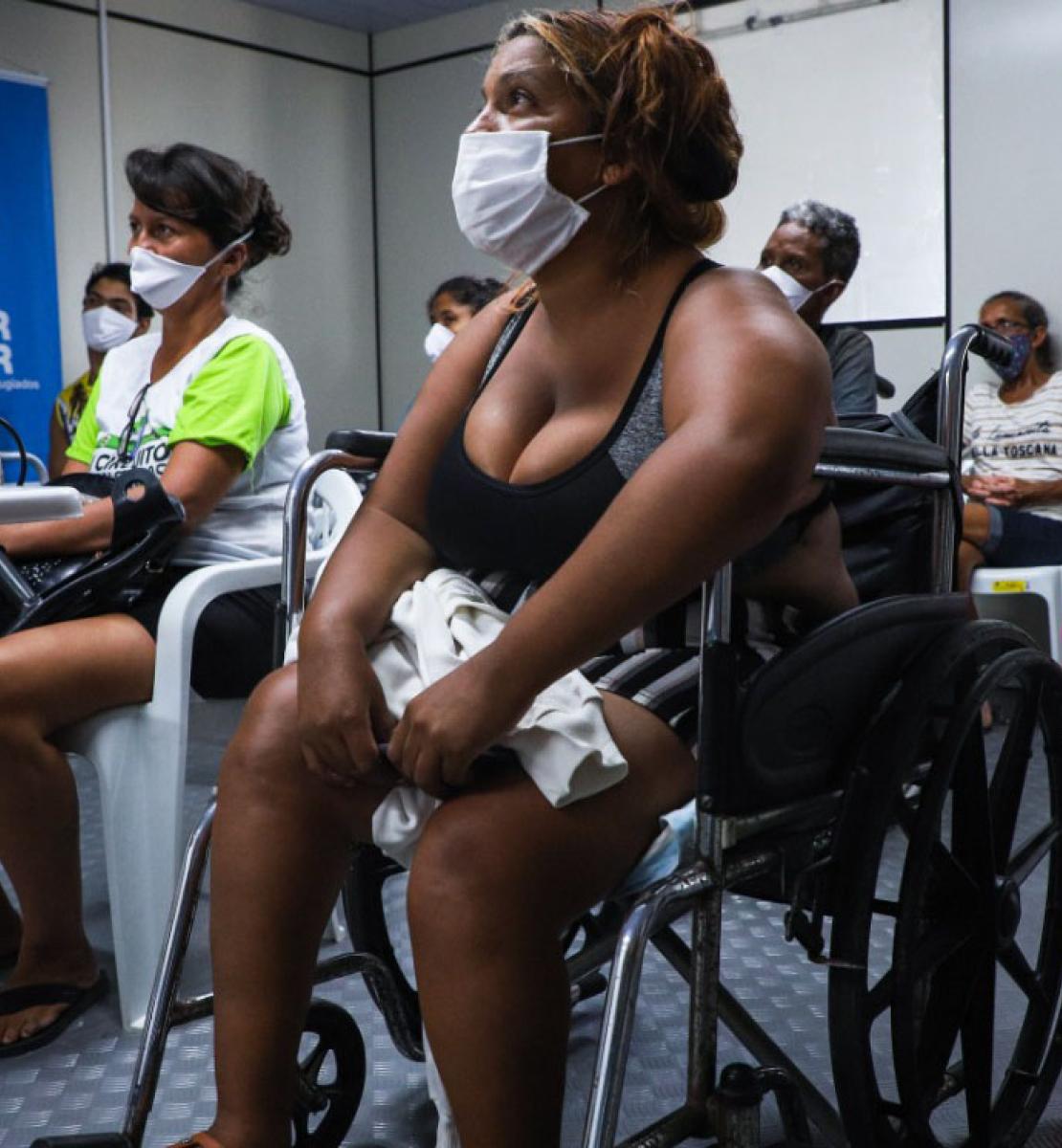 Disability, but not disempowerment: Women refugees and migrants get a boost from a training programme in Brazil
You wouldn’t guess it by looking at the building from the outside. Just a small, standard office building. Nothing remarkable. But inside the meeting 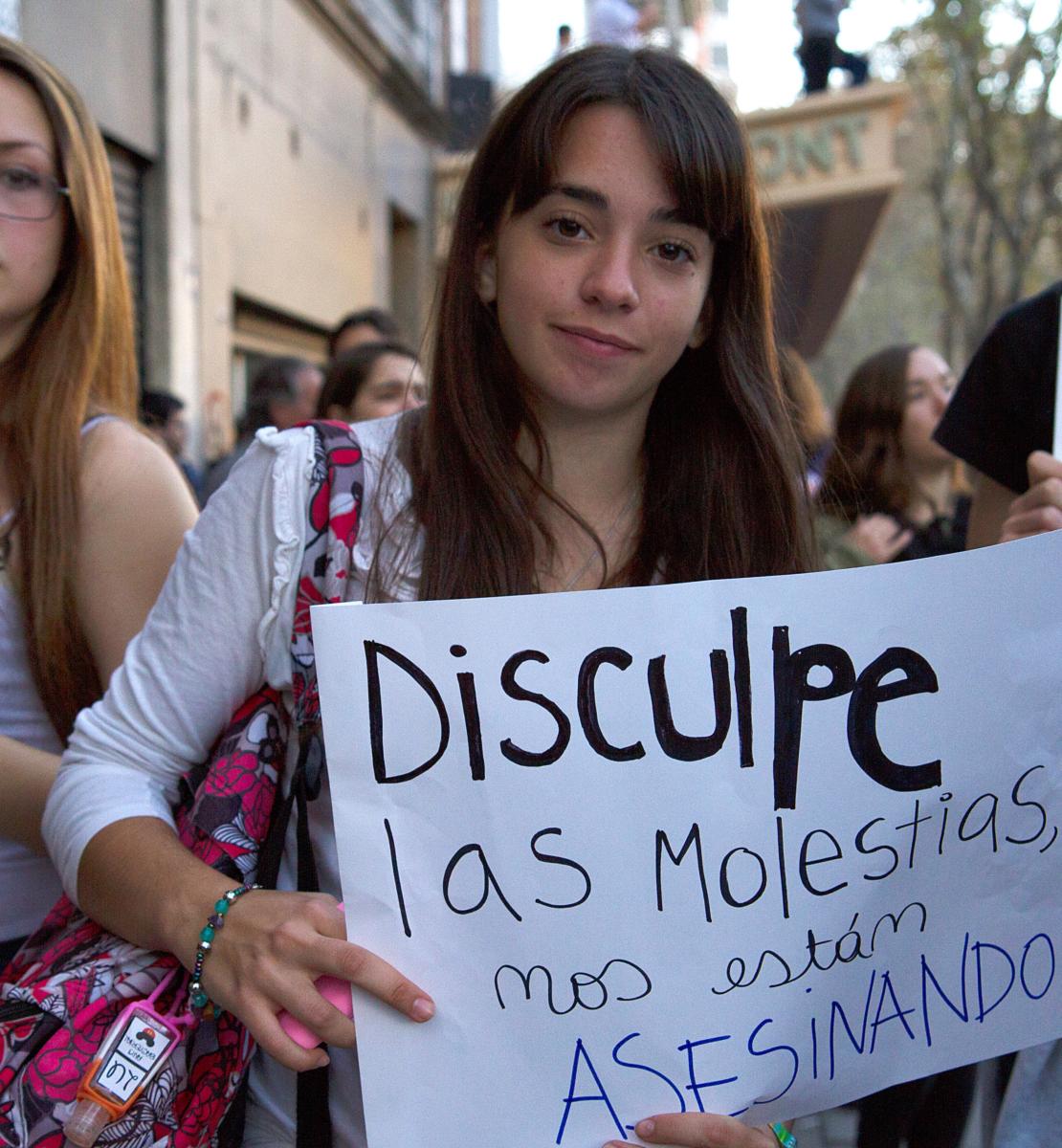 Building a brighter future for women and girls free from violence
Globally, one in three women experience some form of physical or sexual violence in their lifetime. Even before COVID-19, violence against women was 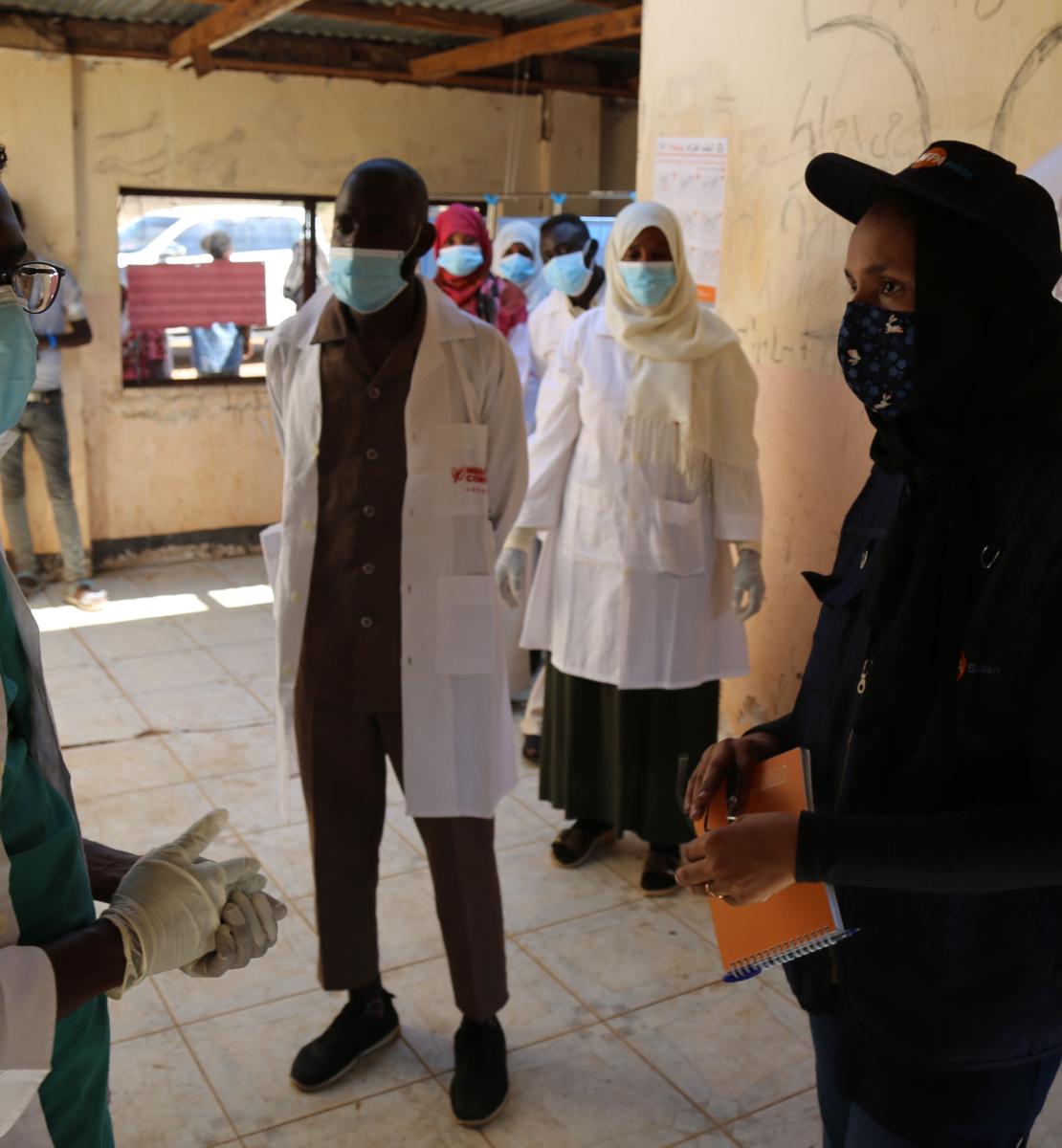 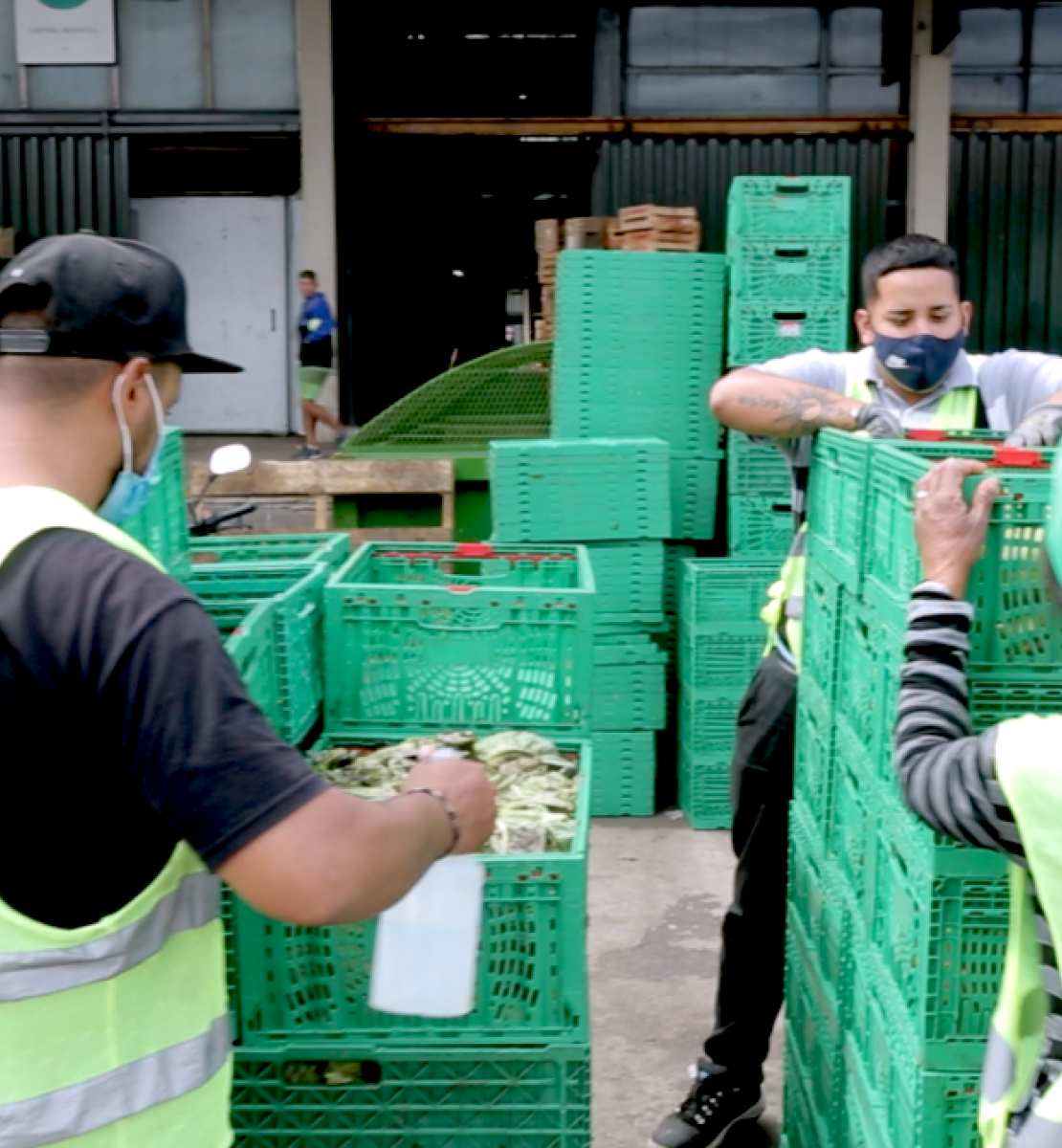 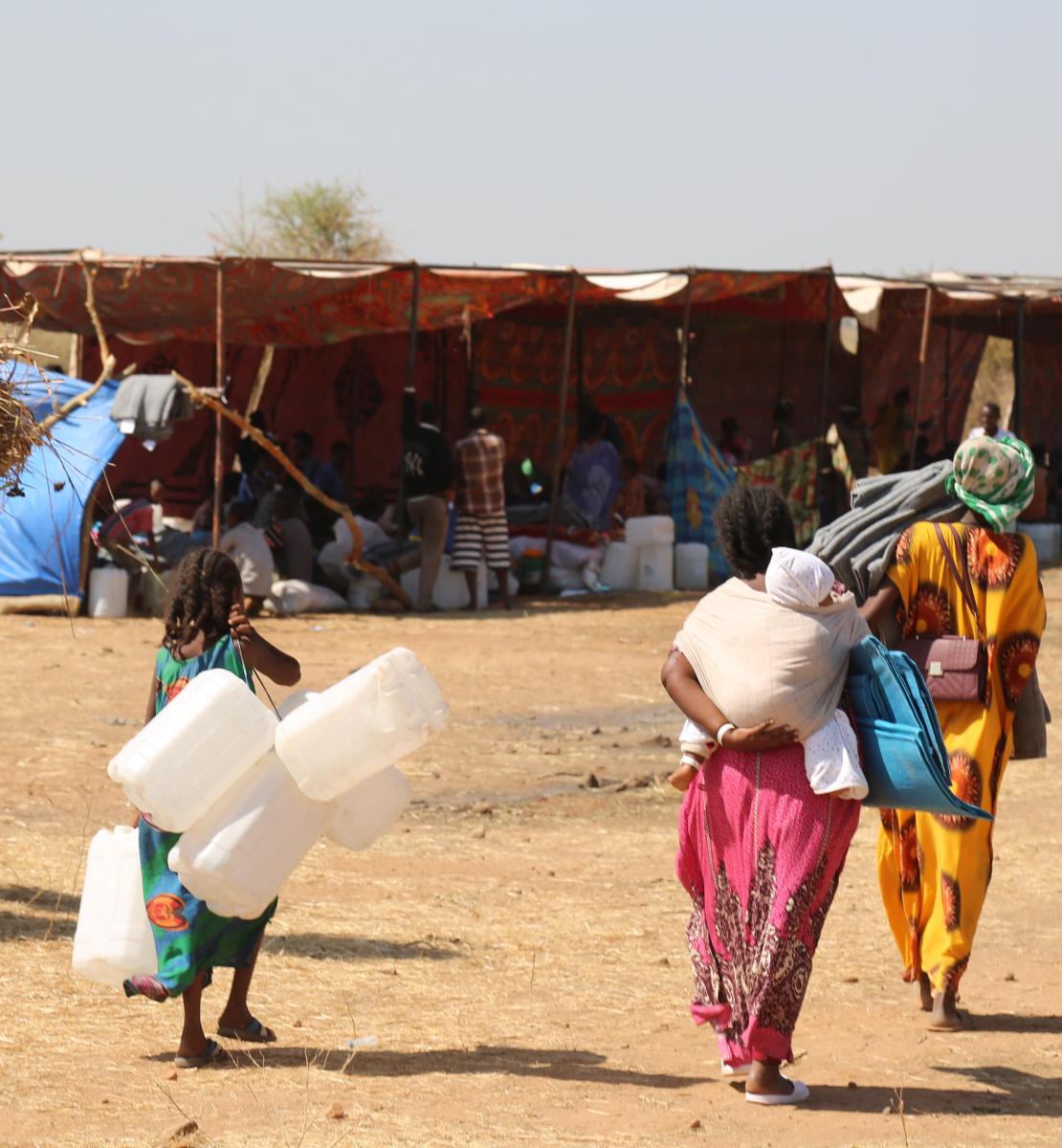 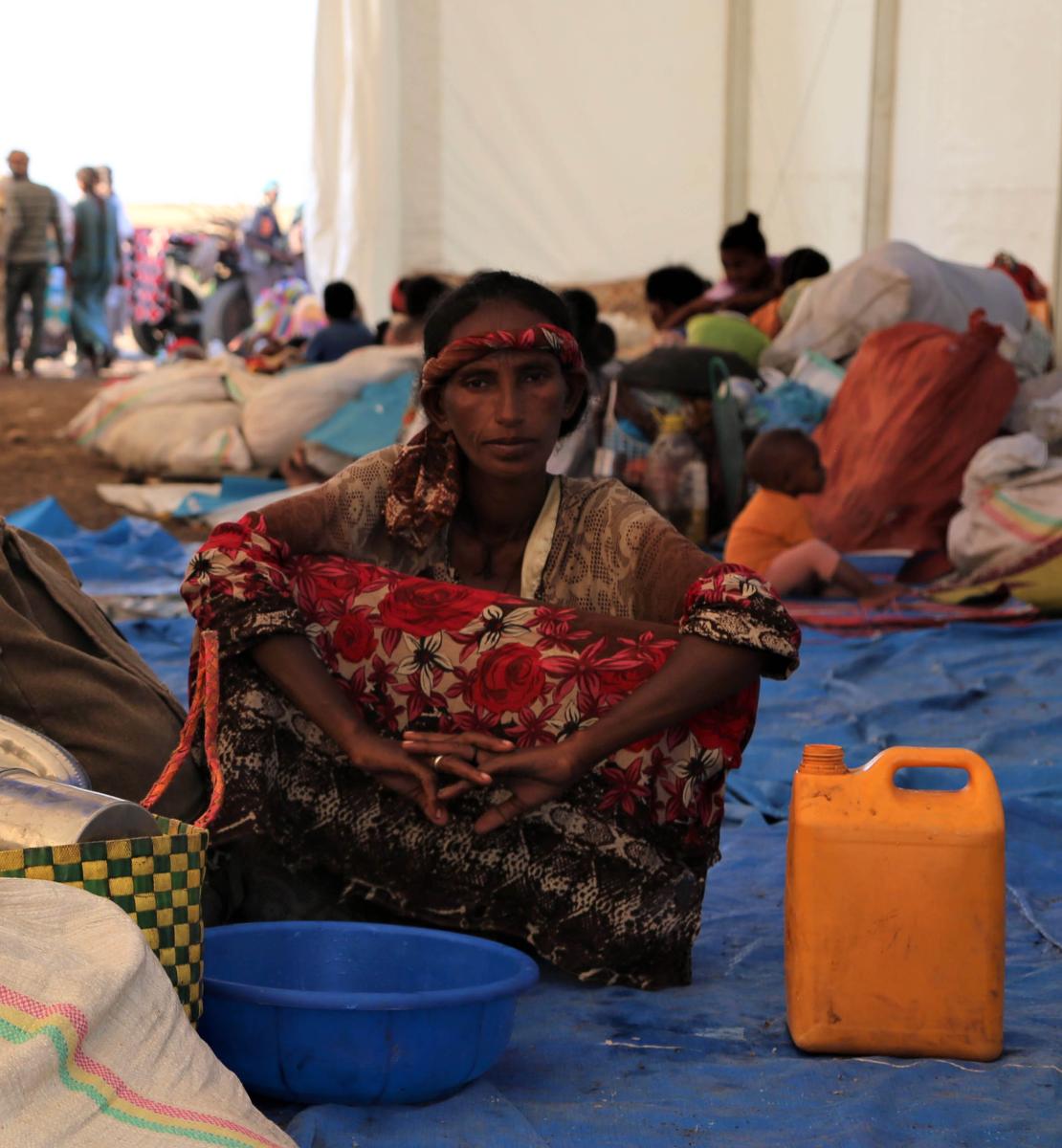 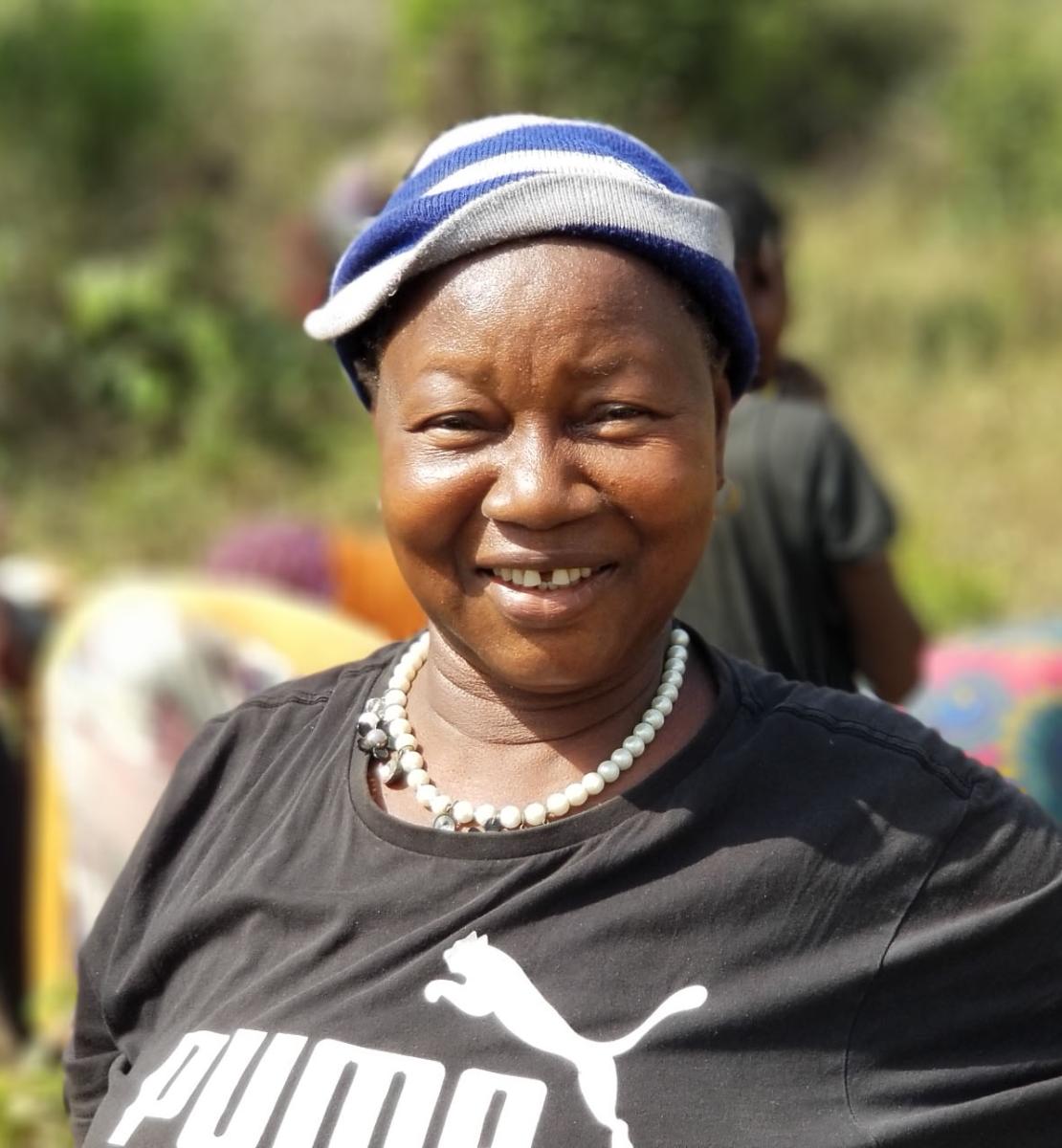 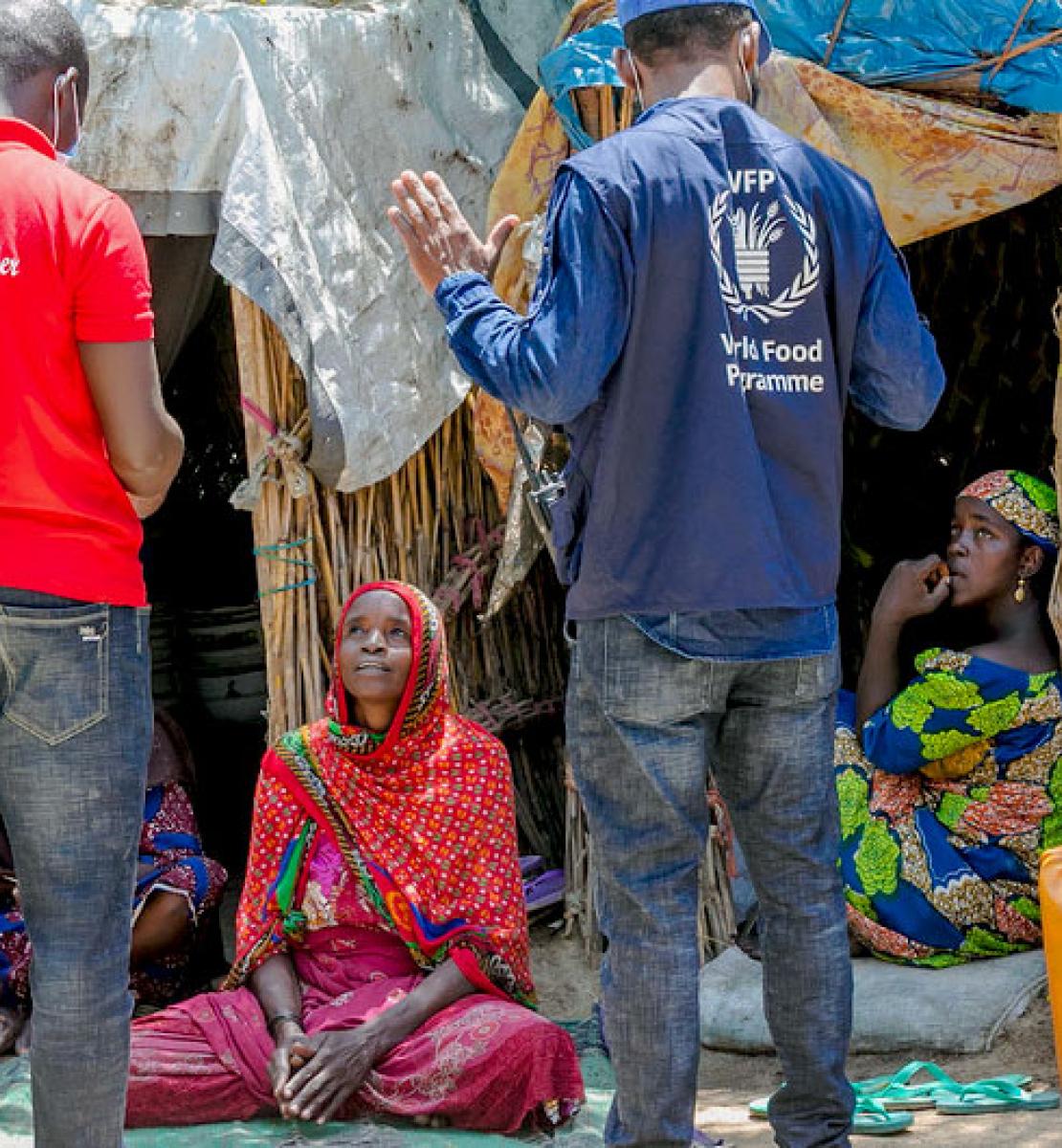 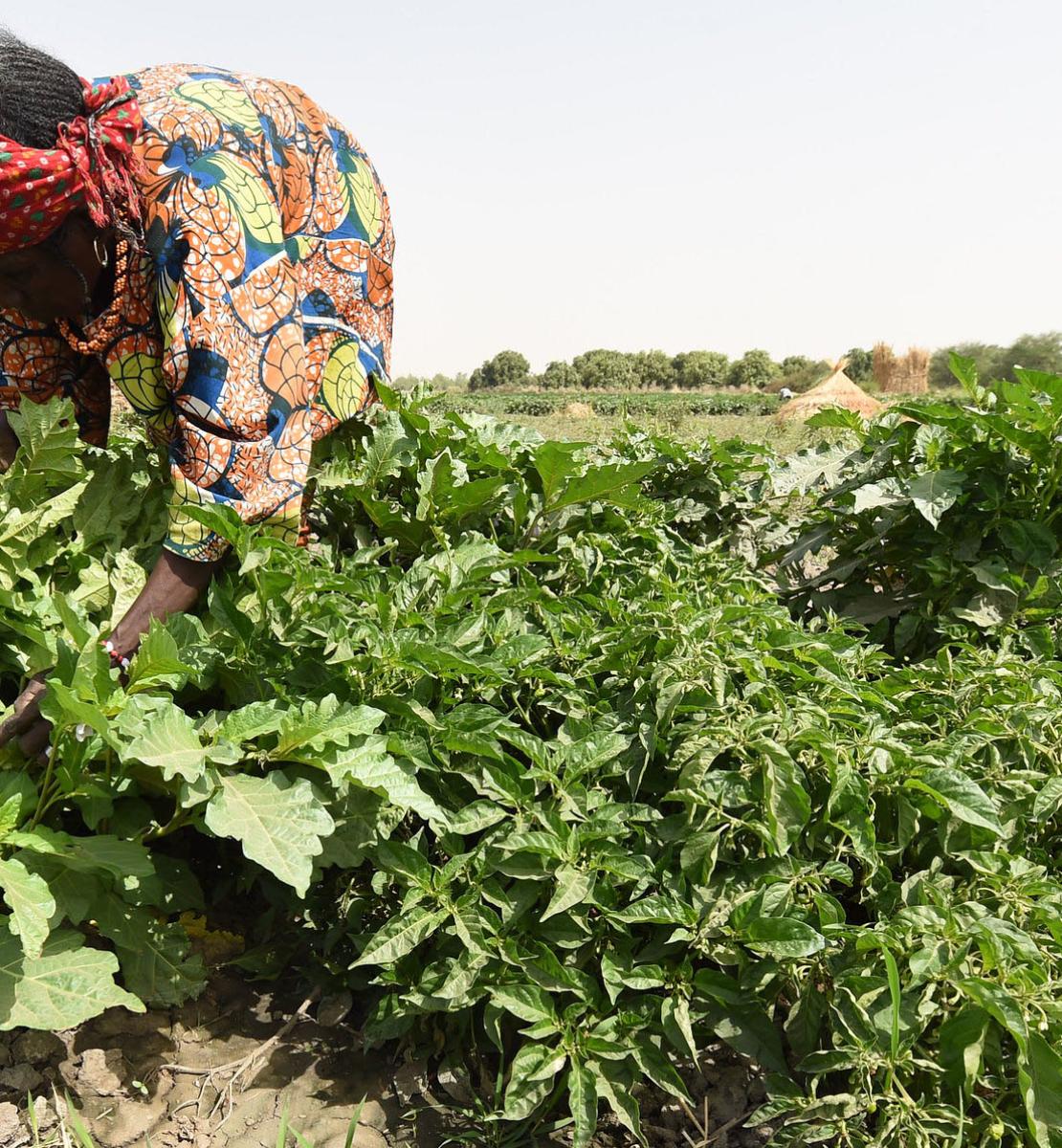 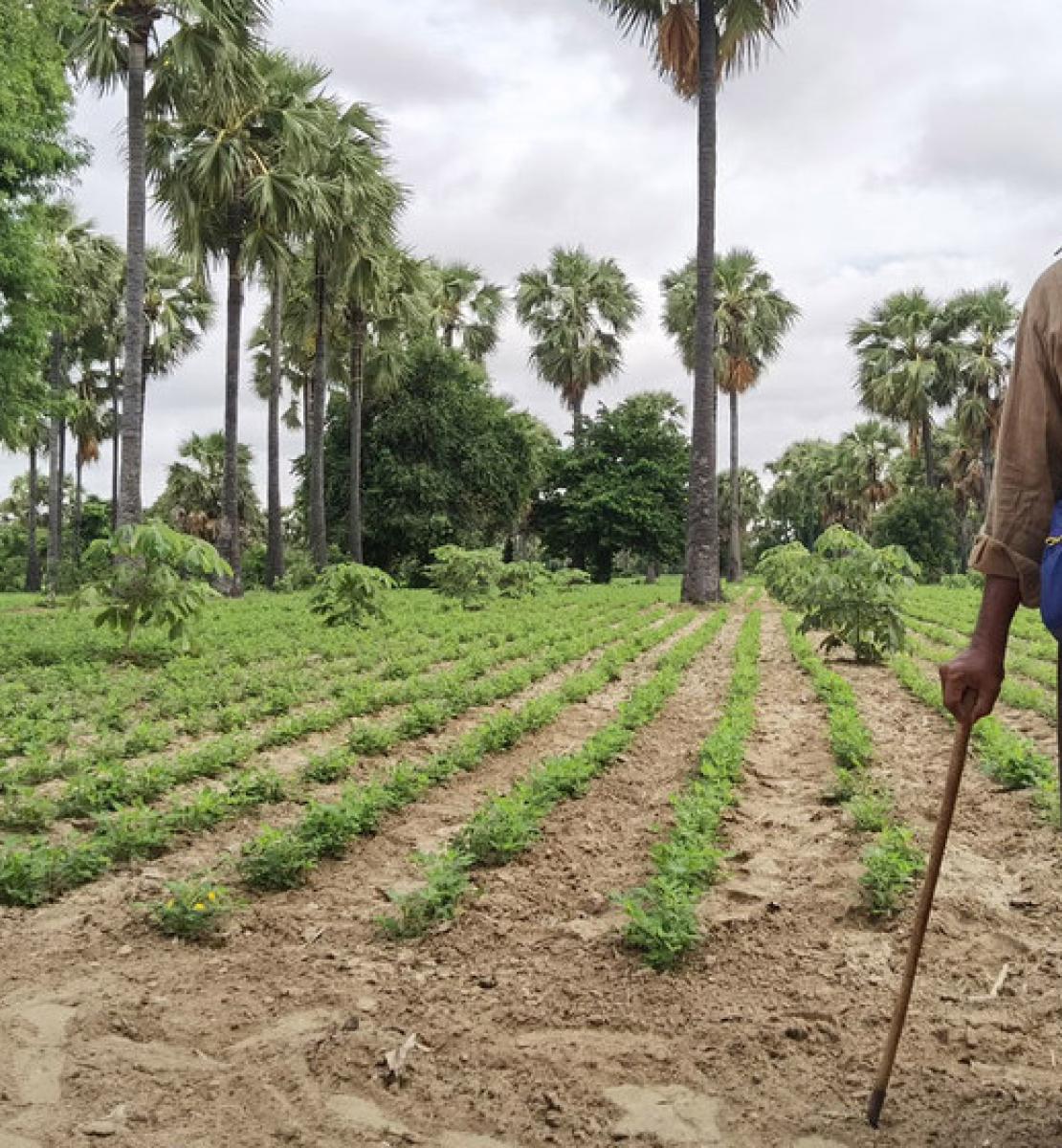 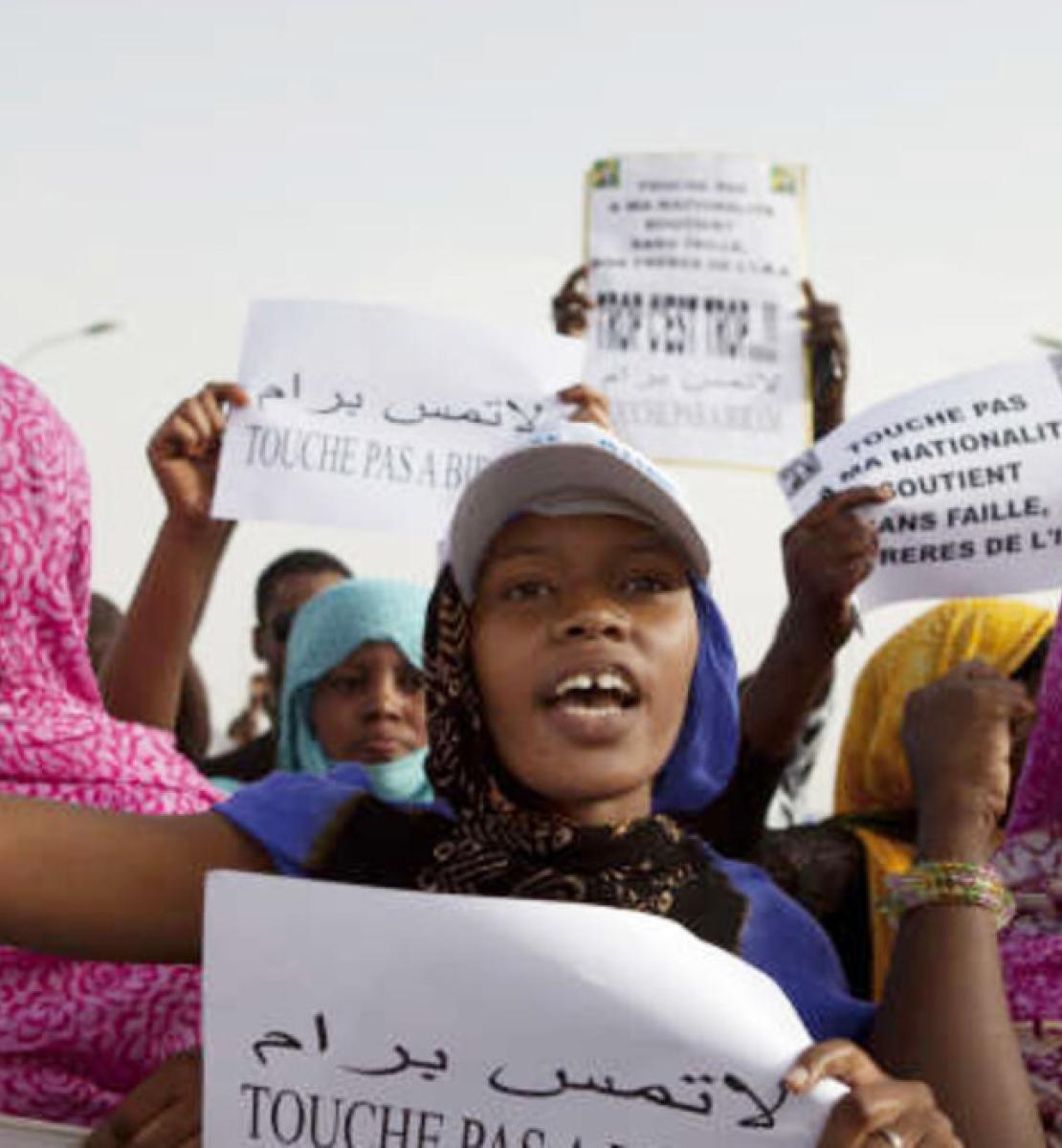