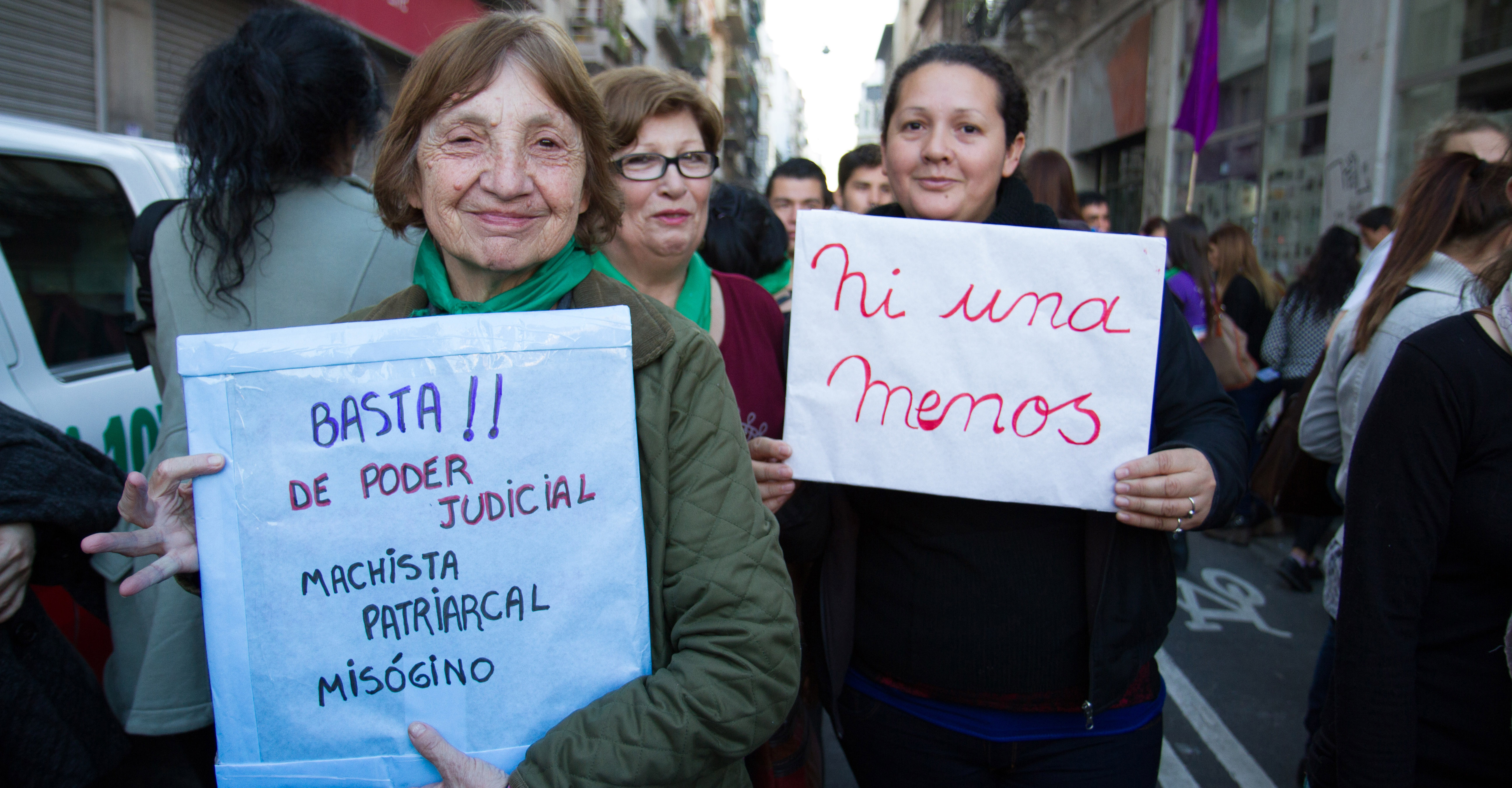 Tackling violence against women is crucial to realizing the Sustainable Development Goals. In January, the United Nations is launching the Decade of Action to support the meeting of those goals by 2030.

UN Resident Coordinator in Argentina, Roberto Valent, highlights what efforts are underway in the South American country to reduce the rate of femicide or the murder of women.

Natalia Bandiera was 42 years old and lived in the city of Necochea, in Buenos Aires province on the Atlantic coast of the South American country. She was recently killed by her partner, who shot her four times at close range and then barricaded himself in their house.

A week earlier Natalia had reported that she was a victim of gender violence and had asked for help. Reporting violence and abuse is key in order to ensure a timely and effective response. However, the system has significant weaknesses and, in Natalia’s and many other cases, it proved insufficient to protect her.

Natalia’s death has added to brutal statistics in Argentina, where one woman is killed every 32 hours, according to the Women’s Office of the Supreme Court of Justice. Thousands of women in Argentina suffer from the daily torments of violence, before being murdered. In 2018, the hotline created to assist women who suffer from violence received 169,014 calls. Eight out of every 10 women calling the hotline reported they had been abused over a period of more than one year; four out of 10 reported that they had been the silent victims of violence for over five years, and eight out of 10 reported abuse by their current or former partners.

What is at the core of these painful numbers? It is inequality between men and women, which in turn generates discrimination, contempt, prejudice, a lack of autonomy, a lack of opportunity and ultimately an environment conducive to emotional and physical violence against women. If we do not put an end to this violence, at least 1,390 more women will be murdered in Argentina in the next five years, just for being women.

Spotlight: a global alliance anchored in a local reality

Violence against women and girls is a major obstacle to the fulfilment of women’s and girls’ human rights and to the achievement of the 2030 Agenda for Sustainable Development. It occurs worldwide, cutting across all generations, nationalities, communities and spheres of our societies, irrespective of age, ethnicity, disability or other background.

Latin America alone is home to 14 of the 25 countries with the highest rates of women being murdered in the world.  That’s why the European Union and the United Nations (UN) launched Spotlight, a global initiative in September 2017 to address gender-based violence against women and girls. Argentina has joined Spotlight along with dozens of other countries worldwide. Locally, the initiative aims to eliminate the most extreme manifestation of violence, the murder of women, or femicide.

The very name of the Spotlight Initiative seeks to shine a bright public light on the issue of gender-based violence and the recently-launched campaign with Argentinian singer Lali Espósito does precisely that.

The campaign #AmigaDateCuenta (Spanish for “Friend, realize what is happening”), calls attention to behaviors such as jealousy, humiliation and control among teenagers.

Working together to keep gender-based violence front and center

The Spotlight initiative is a team effort. Its success will depend on the commitment of each and every one of those involved in putting an end to gender-based violence in Argentina.

Argentina was chosen based on the state’s commitment to the issue. Important steps have been undertaken to eliminate violence; ensuring that national laws follow international standards; enlisting the support of Argentina’s civil society and women’s movement; and passing the Micaela Law to educate government workers on the problem of violence against women, and the Brisa Law to provide financial reparation for children of femicide victims.

The initiative is focused on the provinces of Salta, Jujuy and Buenos Aires, based on their high rates of femicide and the commitment demonstrated by local authorities to tackle the problem. That’s why we engaged intergovernmental organizations, civil society organizations, the women’s movement, academia, unions, the private sector, the Ministry of Foreign Affairs, and governors of the provinces in consultations that began a year ago.

Still, much remains to be done to enforce existing laws and to ensure access to services and justice for women and girls who experience gender-based violence, particularly those facing multiple forms of discrimination.

The initiative is being implemented under the leadership of the Office of the UN Resident Coordinator, with crucial activities being carried out by UN Women, the UN Development Programme (UNDP), the UN Population Fund (UNFPA) and the International Labour Organization (ILO). UNICEF has also joined as an associated agency.

Together, we are now working to boost prevention measures through education, community work, and social networks. We aim to improve the quality of services for victims and strengthen national institutions to implement policies for a coordinated response to gender-based violence.

On behalf of the EU and the United Nations in Argentina we invite everyone to join this effort and work together to prevent murders such as Natalia’s.

We can stop gender-based violence. It’s essential if we are to achieve the SDGs by 2030. The time is now.