On 1 May, United Nations Secretary-General António Guterres has appointed Silvia Rucks of Uruguay as the United Nations Resident Coordinator in Brazil, with the host Government’s approval.

Ms. Rucks brings more than 30 years of experience to the position, which she acquired throughout a career focused on leading strategic initiatives supporting national planning of the 2030 Agenda for Sustainable Development as well as coordinating interagency work to advise governments on the design of public policies and reform proposals related to international development, human rights and peace and security issues. Within the United Nations, she most recently served as Resident Coordinator in Chile, where she led the work of the Organization during a challenging period, including following the COVID-19 outbreak. She was also the Resident Representative of the United Nations Development Programme (UNDP) in Chile between August 2016 and December 2018. Prior to that, she was the Resident Coordinator in Nicaragua and held other leadership positions at UNDP, including Resident Representative in Mexico, Country Director in Colombia, and Deputy Resident Representative in Peru and Argentina.

Ms. Rucks served other United Nations entities in Brazil, Cuba, El Salvador, Guatemala, and Uruguay, and worked at the United Nations Headquarters in New York. Within the context of the Organization’s support to the Colombia peace process, she was a senior member of the United Nations country team that accompanied the work of the Peace Commission in Congress, providing advice on policy preparation and facilitating dialogue between the government and civil society organizations. 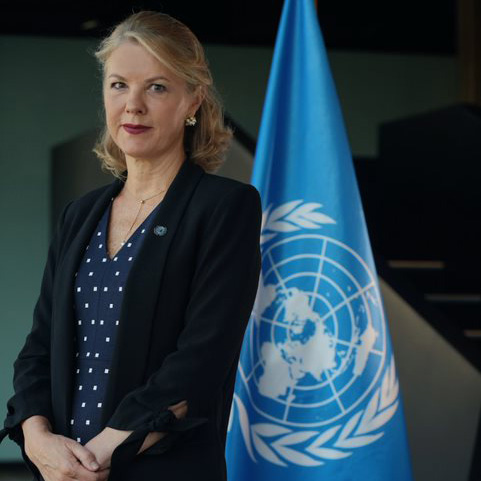