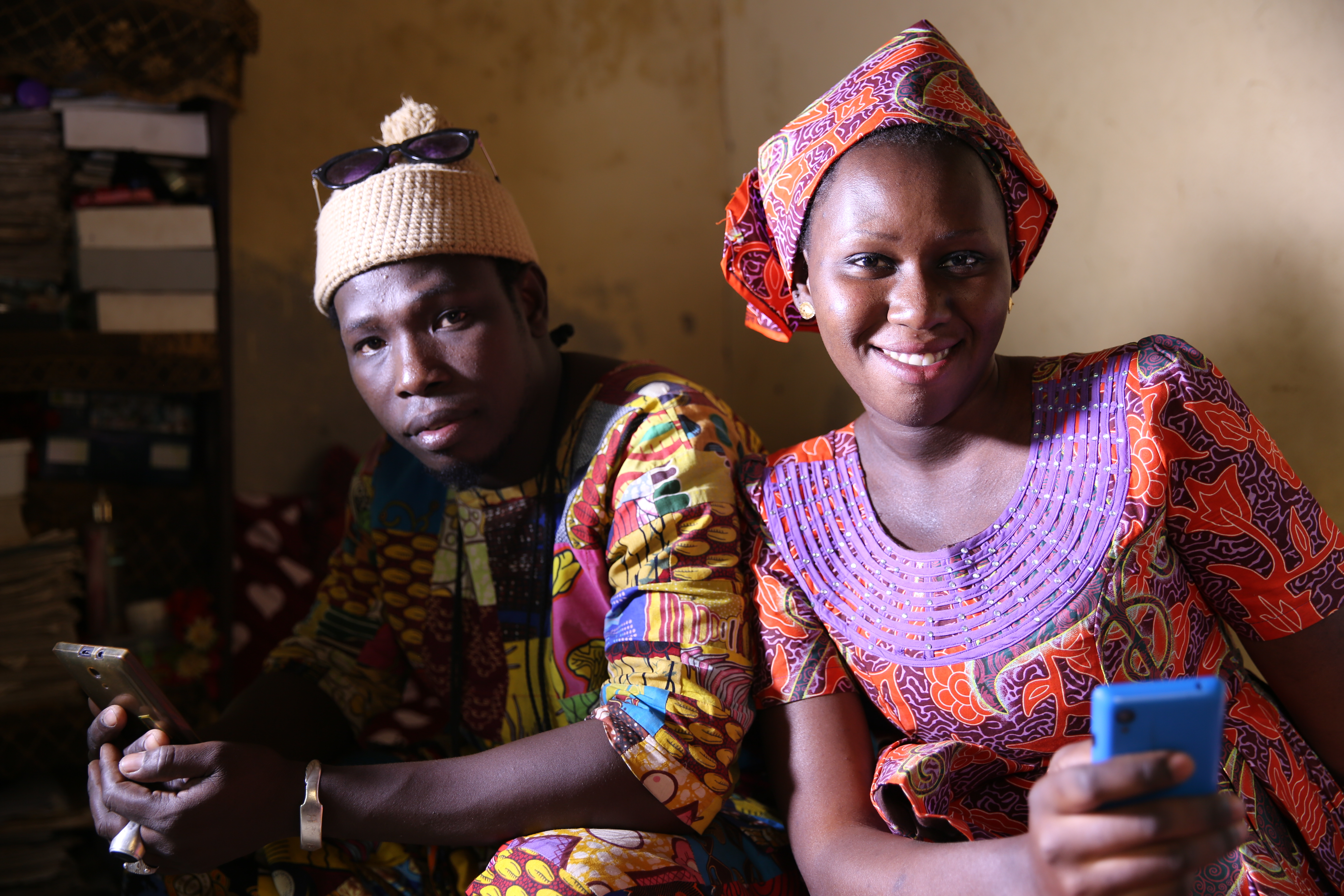 Some African nations lead the world’s e-money businesses. And several are finding that leaving notes and coins behind is not only improving efficiency, safety and transparency, but it is also helping many people leave poverty behind.

With the UN team’s support, the government is finding innovative ways to leave no one behind.

In Senegal, where I serve as the United Nations Resident Coordinator, the UN team is playing an important role collaborating with the government in its digital transformation. This is a key component of the national programme to boost growth and lead to a sustainable development that leaves no one behind. One element of this digital transformation is the so-called “digitization of payments”, or payments done entirely online and via electronic devices, including through mobile phones. This makes total sense considering that of the 16.5 million Senegalese, fewer than 19 per cent*  own bank accounts but the country has 16.7 million mobile phone subscriptions.

With this in view, in 2018, the Senegalese government launched a payment digitization agenda to promote financial and social inclusion through tech. Working with the United Nations in Senegal, the government joined the Better Than Cash Alliance (a partnership of governments, companies and international organizations to boost growth through digital payments), with the support of the Mobile Money for the Poor, a programme of the UN Capital Development Fund, to achieve its goals. The UN helped produce a study that found digitizing 50 per cent of national payments would help Senegal add more than 104 billion CFA Franc (US$ 177 million) per year to its Gross Domestic Product (GDP). We also helped show that payments digitization could introduce efficiency gains. For example, the government could save about 75 per cent in operational costs** when using a digital payment system as opposed to a manual process when enrolling people into its universal health care coverage.

Incidentally, Senegal’s digital payment transformation extended to the health care sector. The government launched an innovative digital payments system for its Universal Health Insurance Agency, which was created following the introduction of universal health coverage in 2013. The initiative has been identified as a key driver of social reform and growth, with significant potential towards fast-tracking progress in achieving the Sustainable Development Goals. In fact, when the Universal Health Insurance Agency was created, the number of people with health insurance coverage increased from less than 10 per cent in 2013 to 49 per cent in 2018, with these seven million new members contributing to the socio-economic development of the country.

Senegal aims to reach a health insurance coverage rate of 75 per cent of its population, which amounts to an additional three million members enrolled in the Universal Health Insurance Agency. The payment digitization system is helping the government to achieve its universal health care coverage goal. With the e-payment system in place, members of the community could pay for their own or someone else’s health care plans digitally and remotely. Using this approach, relatives could for example pay for their loved ones’ health care costs. Similarly, through a system of digital crowdfunding, charitable organizations or individuals from Senegal or abroad could also contribute towards grants for costly medical procedures for the less fortunate, including caesarean section, chemotherapy, dialysis, etc.

This strategy has a tangible, positive impact in people’s lives because in Senegal and other parts of the world, an illness can push entire families into poverty. Therefore, a “cushion” is needed to prevent people from sliding into poverty, like a savings account, a government social protection scheme, or in this case a crowdsourced grant established through an electronic payment system. At the same time, the e-payment platform also helped streamline remittance payments from the Senegalese living abroad (the diaspora) to their relatives back home to support health care costs. This is significant, as the Ministry of Economy estimates such remittances to more than US$ 85 million in 2017.

In addition to the social benefits, the new digital payments platform is anticipated to positively impact the overall economy. Through the efficiency gains of going from a manual to an electronic enrolment process for health care coverage, the system is estimated to save the government more than 6 billion CFA Franc (US$ 10 million) per year. The e-payment platform will also contribute to a greater degree of efficiency, transparency, and accountability at many levels and will for example help in tackling corruption. In other words, the introduction of the new platform has helped the government to “leave no one behind” across multiple sectors.

The platform is far from reaching its full potential and we believe it will further contribute to the advancement of the Sustainable Development Goals and the realization of the promises of Agenda 2030. For its part, the United Nations in Senegal remains committed as ever to helping the government further develop its digital transformation, expand universal health coverage and seek additional synergies to advance the 2030 Agenda for Sustainable Development.

Written by Priya Gajraj, who is the United Nations Resident Coordinator in Senegal.

*From a circular of the Central Bank of West African States (p. 13)
**From the report “Digitization of payments: A source of growth and inclusive development” (p.10)