Could not retrieve the oEmbed resource.

In the Dominican Republic, a song in Creole carries the message of prevention beyond physical borders 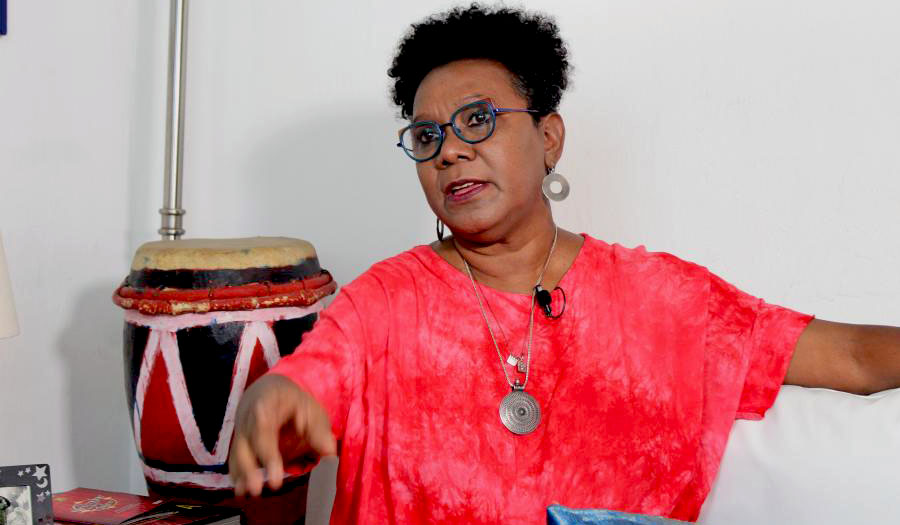 These days a catchy Afro-Caribbean song is being shared on social media networks and played on cell phones in the Dominican Republic. "Kick away the coronavirus, roll up the windows to the coronavirus"; these popular Dominican expressions have become the chorus of a song that can be heard in Spanish and in Creole.

“With everything that is happening, one day I went into my studio, I took my drum and I started to play plena, a musical genre, and that little chorus came out: “Kick away the coronavirus, roll up the windows”. I uploaded it on my Instagram with great success ”explained Xiomara Fortuna, Dominican author and composer with more than 40 years of musical career and a pioneer in Afro-Caribbean fusion.

“From the moment I sang it in Spanish, I also had the idea of ​​doing it in Creole. I informed the National Migration Institute, who presented the idea to the International Organization for Migration (IOM).  A Dominican-Haitian friend translated the song to Creole and wrote it down so that I could easily pronounce the words and sing. I spent two days learning it and recorded the Creole version on my mobile phone. It’s a song to tackle the [global] emergency so it had to be recorded quickly”, she said.

It is not the first time that Xiomara Fortuna incorporates Creole into their music. "It is the first time that I compose a full song in Creole, but I tend to include it in some of my songs. I understand some verses that have a [positive] message that I want to convey to the Francophone Caribbean; Martinique, Guadalupe, Haiti. I always figure out ways to reach my audience in the Caribbean, I want them to know that we are brothers from the same archipelago and face the same reality.”

"Creole is a very easy language to learn because it is pronounced exactly as it is written," explained Xiomara, who acknowledged that she is familiar with its sound because of her Haitian friends and acquaintances. "They are a part of us, they are here in this country and I believe that the information should reach them, and, if it reaches them in their language, all the better. They cannot be out of reality; they can get infected and infect others. In this sense, the campaign must be broad and reach all the people who live in our country and beyond... it is a problem that affects the entire world, there are no borders for COVID-19, so there should be no borders for messages either”.

According to the National Immigrant Survey conducted in 2017 by the National Statistics Office, 497,825 migrants of Haitian origin reside in the country and represent 87.2 per cent of the immigrant population.

“As part of the response to the pandemic, it is essential to translate all prevention and information materials on COVID-19 to Creole,” explained Josué Gastelbondo, Head of Mission, IOM, in the Dominican Republic.

“When we heard the pitch about supporting this song, which in addition to being optimistic and intercultural, is composed by a highly respected artist, we did not hesitate to join the campaign”, Josué Gastelbondo said.

The song is a joint message from IOM, the National Institute for Migration and the United Nations High Commissioner for Refugees (UNHCR), which is now being shared by radio, megaphones and media social networks.

"From the very beginning, I felt that the song needed to be optimistic; that it would bring hope and joy to people in these days where we experience good and sad days. We are hanging between encouragement and discouragement, so I thought: this is not the time to fall into depression, it is the time to have our senses alert to overcome this. With my music, I want to give people energy to lift their spirits.

IOM support is possible thanks to the Regional Program on Mesoamerica - Caribbean Migration, funded by the Office of Population, Refugees and Migration of the United States Department of State.

Listen to the song below!

Produced by UN Dominican Republic. Written by Zinnia Martinez. To view the originally published article and learn more about the work being done in the Dominican Republic to combat COVID-19 visit their website: https://dominicanrepublic.un.org/.