Home at last: For refugees in Kenya, moving from temporary shelter to newly built houses makes a world of difference 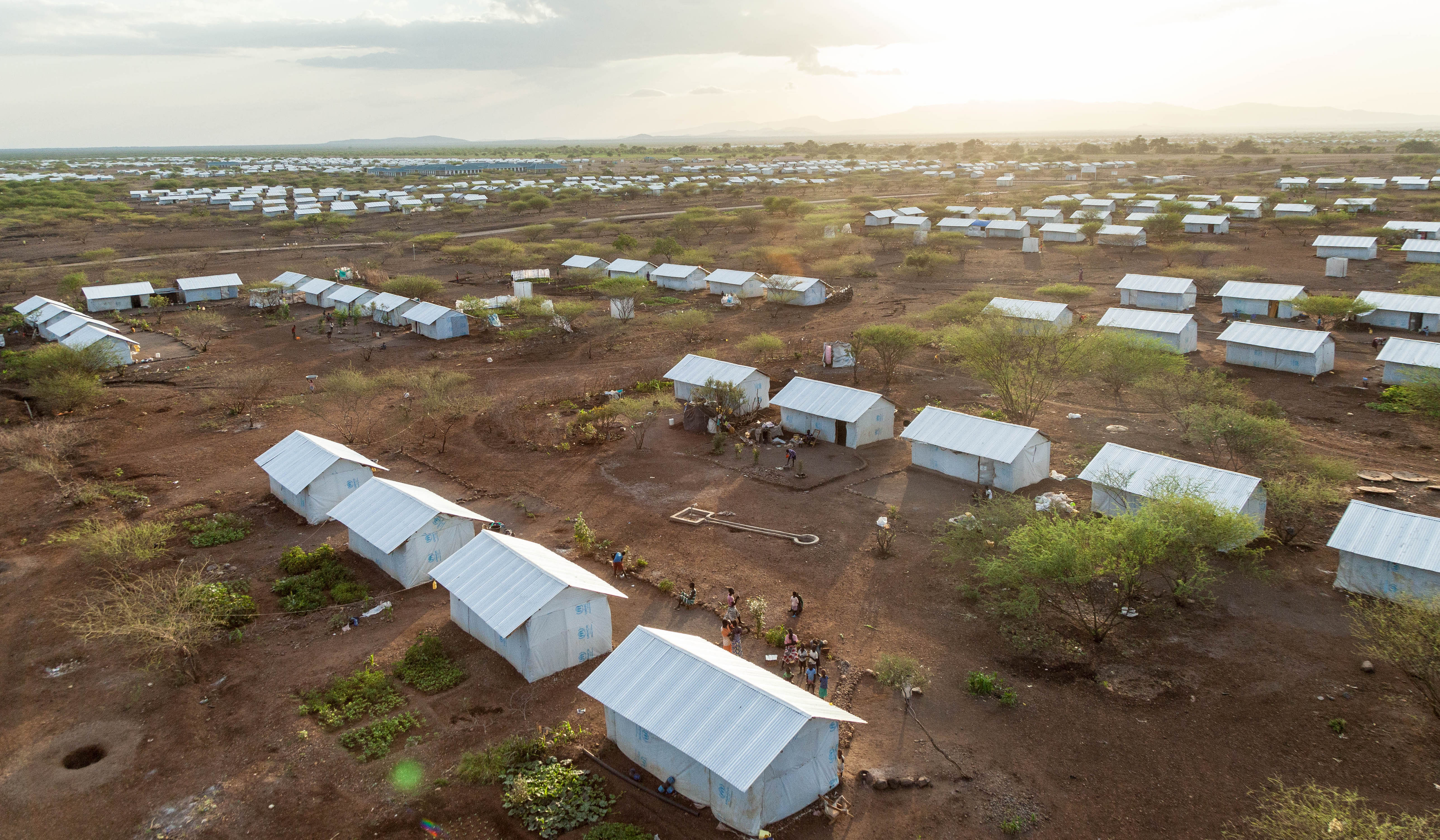 Kika stands outside her door and waves at her neighbours before opening the blue door that leads to her living room. At the far end is a solar-powered television set neatly surrounded by a group of plastic seats. Since her new house was completed nearly a year ago, Kika's life has changed for the better.

"This house makes me feel human and dignified. It makes me feel at home even though I am in another country," she says as she sits down to watch TV.

When she arrived in Kenya four years ago from the Democratic Republic of Congo, Kika, a mother of three, had nothing but hope. Like other newly arrived refugees, she was given transitional shelter in Kenya's Kalobeyei settlement, which houses both refugees and local people.

For three years, Kika and her family of five lived in a temporary house made of plastic tarpaulin and iron sheets. But there were problems in that home, Kika explains. “Thieves would cut through the plastic sheet to steal.”

Now that her turn arrived, Kika converted her transitional shelter into a stone house using the cash she received in her bank account under a cash-based intervention project of the UN Refugee Agency (UNHCR). Kika’s new house took less than 14 days to build, thanks to skilled masons from the refugee and surrounding host community. Her bright blue door and windows coupled with the extended veranda makes her house stand out in the neighbourhood.

Cash for construction of houses and latrines is disbursed in installments. The process allows refugees to negotiate directly with local suppliers and masons for better prices. Savings made from the construction process is mostly used to improve the houses and purchase essentials like clothes and shoes.

The Kalobeyei settlement was launched in 2015 by UNHCR and the Government of Kenya in order to relieve overcrowding in the nearby Kakuma camp.

UNHCR’s Senior Operations Coordinator, Kahin Ismail, says the programme has twin benefits: "It provides economic opportunities for refugees, who get a home, and for the host community, because most or even all of the cash is spent locally for building materials and skilled labour.”

Apart from cash for shelter, UNHCR distributes cash to all refugees in Kalobeyei for basic needs such as soap and sanitary needs. This cash is easily accessible from local bank agents in the settlement.

“We get money on a monthly basis from UNHCR to buy soap.” Kika says. “My first priority is always to buy soap that would last my family for a month.”

To date, over 7,700 refugee families in the Kalobeyei settlement have open bank accounts under the programme. Over 3,000 live in the houses built through the programme, and another 1,500 are in the process of converting their temporary shelters into houses.

Now the cash programme is being extended to the Kakuma refugee camp on a larger scale. UNHCR, in partnership with a local bank, is opening bank accounts and issuing ATM cards for the 37,500 refugee households who live in Kakuma.

There, the World Food Programme (WFP) disburses funds through vouchers or mobile banking so refugees can buy food. These funds supplement the in-kind food rations distributed to refugees. In Kalobeyei, people receive 100% of their monthly food rations in form of cash deposited directly to their bank accounts.

“When refugees come to a new country, there are bound to be tensions with the people who already live there, the host community,” says UNHCR’s Kahin Ismail. “There are differences in culture, language, status. The main concern is about competition over jobs and resources. It is important to explain how everyone benefit if there are good relations between people.” That is why the UNHCR program has refugees hire both locals and other refugees to build their homes.

The same idea is at work in an agriculture project sponsored by WFP and the Food and Agriculture Organization (FAO), which brings together farmers from the refugee and host communities to grow food for people in the Kalobeyei settlement.

Refugees can use other unrestricted funds for other household needs beyond just homes, latrines, and daily essentials.

Kika has some ideas about what to buy. "I have an account that I opened in October,” she says. “I want to save enough to buy a refrigerator and a motorbike which I will use to start a business.”

From the outside, this wish list might sound simple. But for Kika, an ATM card is more than just a piece of plastic. It means the chance for a better future.