From hunting elusive gems to expanding an agribusiness: Tamba's Story 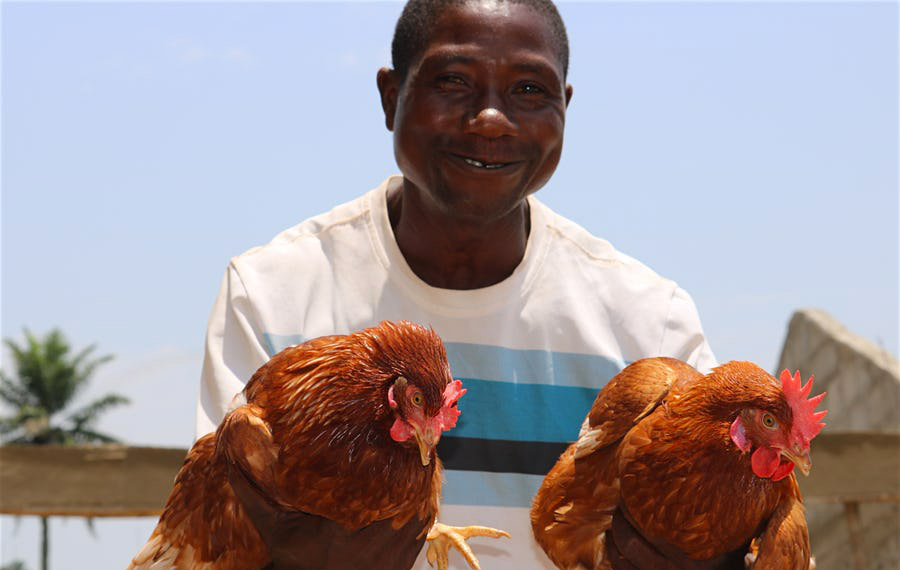 Life of a miner

When twenty-nine-year-old Tamba Gbundeh was a young boy growing up in Tombodu Village, a small rural community in the outskirts of Kono district, the only way he knew to survive was to dig and to dive for Sierra Leone’s precious diamonds - which were in abundance back then. Tamba, like many of his peers, did not have the opportunity to attend school since his father, an artisanal miner, had no money to send him. Consequently, Tamba threw himself into searching for gems, seeing it as the only possible way he could make it out of the shackles of poverty.

Mining his way out of Poverty

Tamba, until two-years ago, was relentless in searching for precious stones. “I couldn’t make it as I thought I would”, recalls a smiling Tamba. He would dig and dive 50 metres deep in narrow holes in serach for diamonds. After all the time and effort Tamba spent, he was only lucky to have found one diamond, which he sold and bought items such as a radio, a cassette recorder, designer t-shirts, and the rest of the money he spent lavishly.

“That is the life of a miner, spending money without hesitation, so I did exactly the same as any miner would do with the hope that I would find a bigger and better gem.”

That was the last time he found and held a precious stone on his own.

As Tamba grew up, he got married and became a father. Looking after his family meant Tamba had additional responsibilities, and he hoped to find a diamond that would change his and his family’s lives for good. He started working for a mining company that paid him SLL 30,000 a day (USD 3) - a job he later abandoned. He became fed up with life.

“I was frustrated. I left the job.”

The reward reaped from his efforts was too small in comparison to the back-breaking work he undertook for 10 hours per day. Tamba later resorted to working as a gardener at home, growing crops and vegetables, mainly for his family’s consumption.

During the time when Tamba was searching for gainful employment, the United Nations in Sierra Leone introduced the Sustainable Livelihoods Initiative through the Improve Natural Resource Governance and Economic Diversification project. The project, among other objectives, sought to dissuade young people from the mining sector, which is largely responsible for degrading the environment, to more sustainable agriculture in a bid to meet the Sustainable Development Goals (SDGs). Before the project was introduced, Tamba had already become a convert.

“I had made up my mind to leave mining to focus on something else, but the challenge was I didn’t know what it would be.”

He took part in a two-day training of trainers with 47 young fish farmers and 17 poultry farmers to enrich his skills in innovative farming methods, including rearing birds and managing fish ponds (SDG1, SDG3, SDG10).

To read the full story written by Alpha Sesay and to see all the beautiful photos originally published  on 20 December 2019 visit: https://unsierraleone.exposure.co/693b6a9458e33ea636ff71f1b50f8e93