Lifeline: How one small change is making a big difference for Benin’s newborns 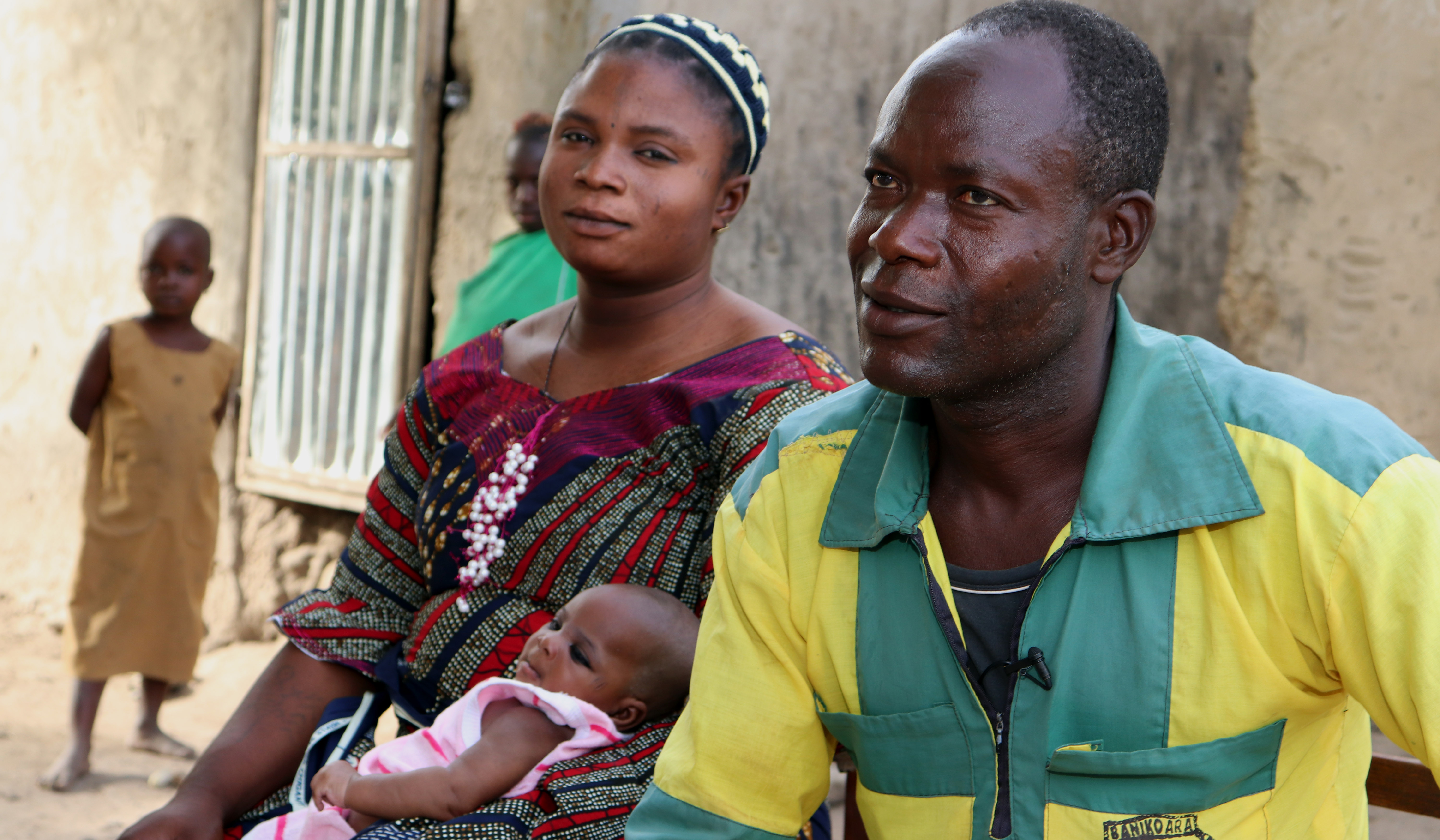 “First, there’s the trip to town hall,” says Safiatou, a housewife and mother, with a sigh of exhaustion at the very memory of the rigmarole. “Then there’s waiting in line and forms to fill out. Then they send you home, and you have to make a return trip two weeks later.”

All this, just to get a piece of paper saying your newborn baby actually exists.

“And mind you,” she adds, “this is at a time when you’re busy with your baby!”

Safiatou and her husband Idrissou, a farmer and motorcycle taxi driver, went through this fuss four times. That’s eight trips to town hall and just as many headaches.

Safiatou is far from alone. She and her husband live in the village of Gomparou, in the northern reaches of Benin. Every year thousands of new mothers in Benin face having to run this obstacle course.

About 86% of newborns in Benin get registered with the government—an important first step—but only about 28% of parents take the time to complete the process and retrieve a birth certificate. The reason? Typically, it’s either because parents are far from government registry offices, or they don’t understand the importance of a birth certificate, or the mother doesn’t have the name of the father. In some cases, the baby hasn’t been given a name yet, a function that traditionally belongs to the father. The newborn’s chances of survival might also factor into whether parents take the time to get a birth certificate; the infant mortality rate in Benin is about 6 per cent.

Little may parents know; the lack of documentation will cause even bigger problems later on.

“The birth certificate is the passport for the recognition of a child’s rights throughout their life,” says Bienvenu Daguè, Chief of the Civil Registry in Zogbodomey, in central Benin. “Without this document, we are in a state of statelessness.” Without a proper birth certificate, Daguè explains, it is that much harder for a child to get enrolled in school, or receive health care, or get an ID card later in life.

Unlike many parents, Safiatou and her husband knew the importance of that piece of paper. As happy as they were when Safiatou became pregnant with a fifth child, they also dreaded the prospect of the ninth and tenth visits to town hall. “Why should something so common be so difficult?” they wondered.

They were relieved to learn that a toll-free number had become available to register births and get other government certificates. The number—132—was introduced at the end of 2018 for birth registration, with the support of the United Nations. It covers two of the country’s 12 districts, the ones with the lowest birth-registration rates.

The parent of a newborn has only to text nais—short for “birth” in French—to 132 and follow the instructions. An automated reply will ask them to enter their name and location; this information is transmitted to a local government office, at which point a community liaison officer calls the family to get all the necessary information, and a birth certificate is ready for pickup within a few days.

“I heard about 132 through community radio,” says Idrissou. “After the birth of my fifth child, I approached a relative who can read and speak French to help me send an SMS to 132.” Idrissou speaks Baatonou, but for now, the service is available only in French, the country’s official language. “I was surprised to receive a message few days later, inviting me to come and pick up the birth certificate of my child Anifath. I got this birth certificate without any hassle.”

"Before, people didn’t really see the importance of a birth certificate for a child,” says Daguè, the government official. That has changed, he says, with the toll-free number and an educational campaign that includes radio spots, posters at health centres, and other outreach in French and local languages. The promotional campaign is supported by UNICEF and all other UN agencies in Benin.

Across all targeted sites, more than 50,000 births were registered via 132 since the phone line’s launch. That’s one out of about every eight births in a year nationwide, and that number is expected to grow as more people learn about the phone line.

“In adopting the Sustainable Development Goals in 2015, the countries of the world pledged to leave no one behind,” says UN Resident Coordinator Siaka Coulibaly. “Without a birth certificate, a child gets left behind from day one. But now, every year, this programme helps tens of thousands of children get off to a good start.”