Protecting the rights and livelihoods of migrant women in Bolivia 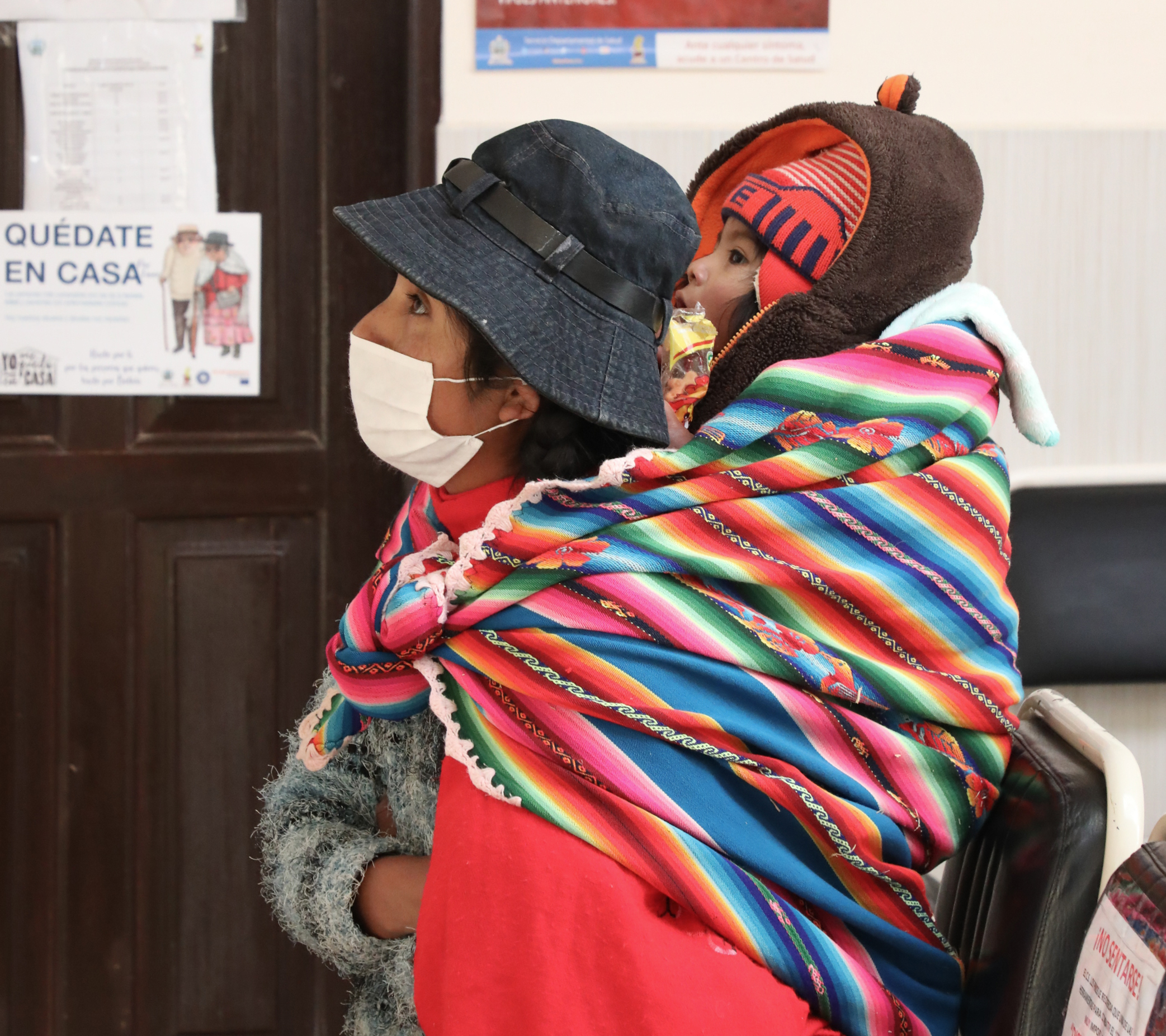 Caption: A Bolivian woman and a child wait at the Los Pinos health centre in the Senkata district of El Alto, Bolivia
Photo: UNICEF/UNI335556/Andrade

Alejandra Mónica Quijua Tintaya is a 34-year-old Bolivian national who packaged fruits in Santiago de Chile. She, along with other migrant workers, lost her job as cases of COVID-19 surged in Latin America. Her journey back to Bolivia illustrates the increased hardships that migrant workers are facing during the global pandemic, but also the importance women-led groups to protect their rights. During an interview with UN Women she highlighted the economic needs and priorities of migrant women, including ensuring a minimum wage to single mothers who have lost their jobs, and investment in indigenous women, women with disabilities and Afro-descendant women of Bolivia, who are among the most vulnerable.

I left Bolivia with my younger sister to look for work in Santiago de Chile. We quickly found work packing fruit in crates with other migrant women from Cuba, Haiti, Colombia and Venezuela. But in March, two months after we arrived, everyone was fired and asked to return to their countries due to the increasing cases of COVID-19.

That was the beginning of a 25-day nightmare.

We were on the road for two days. When we arrived at the border, they did not let us enter because at the time, Bolivia had closed its borders to prevent the spread of the virus. So, for ten days, I, along with 500 others, lived on the streets of the Wara Municipality in Chile. Within the group of migrants were women, children, people with disabilities and older people.

We decided to organize ourselves so that we could go back to our countriesand started a communication [campaign] on social networks, in the media. We reached out to the Human Rights Assembly and the United Nations. Finally, after 10 days, the government allowed us to enter Bolivia, where they set us up to quarantine for 14 days in the Tata Santiago Camp, in the municipality of Pisiga.

The camp was overcrowded, there was not enough food and it was cold.. The children were crying of hunger; pregnant women were at risk of abortions because of the bad food.

Then, a team from the United Nations (OHCHR, WFP, UN Women, IOM) brought food, personal hygiene kits, blankets, medicine, bottled water and games for the children. They provided us with technical advice and gave us donations that saved our lives.

With the support of UN Women, we [the women] organized ourselves and formed a Committee to protect all members of the camp, including by having a team for the prevention and reporting of violence against women and children. In the camps, the needs of women, children, people with disabilities, and pregnant women were generally not prioritized. That is why the presence of women in the Committee was fundamental—we ensured the wellbeing of the most vulnerable.”

Women become migrants because they cannot find a job in their countries, so governments should think about their economic reintegration. They need to make sure that women are paid equal to men and that their labour rights are respected.”

This material was originally published as part of a "From where I stand" interview with UN Women, which was issued on 7 August 2020 on the agency's website.