Spotlight Initiative celebrates the 16 Days of Activism around the world 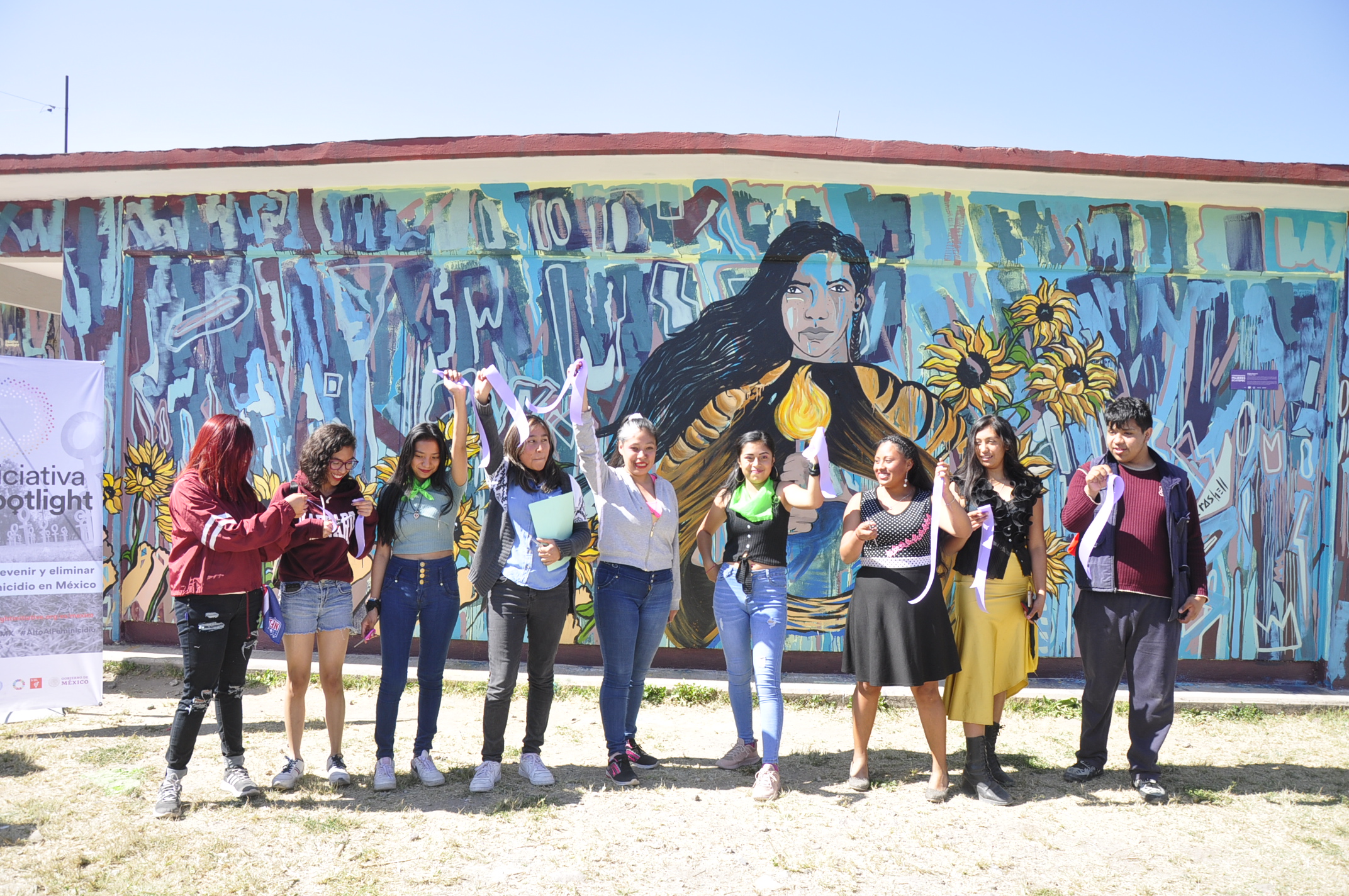 Caption: Teenagers are inaugurating the murals they painted as part of the 16 Days of Activism campaign to raise awareness on gender-based violence.
Photo: Spotlight Initiative

The 16 Days of Activism against Gender-Based Violence is an annual international campaign that kicks off on 25 November, the International Day for the Elimination of Violence against Women, and runs until 10 December, Human Rights Day.

In support of this civil society initiative, under the leadership of the UN Secretary-General, António Guterres, the United Nations Secretary-General’s UNiTE by 2030 to End Violence against Women campaign (UNiTE campaign) calls for global actions to increase awareness, galvanize advocacy efforts, and share knowledge and innovations. The theme for the 2019 16 Days of Activism campaign was “Orange the World: Generation Equality Stands against Rape!”

To mark the 16 Days of Activism Against Gender-based Violence, the heads of UNFPA, UNDP and UN Women shared a message of solidarity to end all forms of violence against women and girls.

Engaging youth through art around the world

From Africa to Latin America and Southeast Asia, young people and street artists around the world engaged in a dialogue on consent and mutual respect as part of the 16 Days of Activism Against Gender-based Violence. Together, they created artwork that aimed at raising awareness on violence against women and girls, and at spreading messages of peace in their community.

In Argentina, the Spotlight Initiative partnered with a programme called Pinceladas por la Igualdad (Brushstrokes for equality). Four secondary schools in the city of Salta, in northern Argentina, painted murals to spread messages of equality and against gender violence. One of the murals was painted in the Women's Integral Pole, in the city of Salta, which provides assistance to women who are undergoing domestic violence.

In El Salvador, artists from the Lolipop association shared their experience with 30 young boys and girls on how to deliver a message through art. They teached them painting and graffiti techniques and how to create their own piece of art. Watch the video interview of the artists here.

In Honduras, Lenca women – a Mesoamerican indigenous community of America, participated to an art workshop where they were asked to look at themselves in the mirror and draw what they were looking at. The final artwork represents a group of women and girls, united by a chain of flowers, growing corn and potatoes in a violence-free community.

To view all the murals, visit: https://spotlightinitiative.org/news/spotlight-initiative-celebrates-16-days-activism-around-world.

Story originally published and produced by Spotlight Initiative on 12 December 2019.