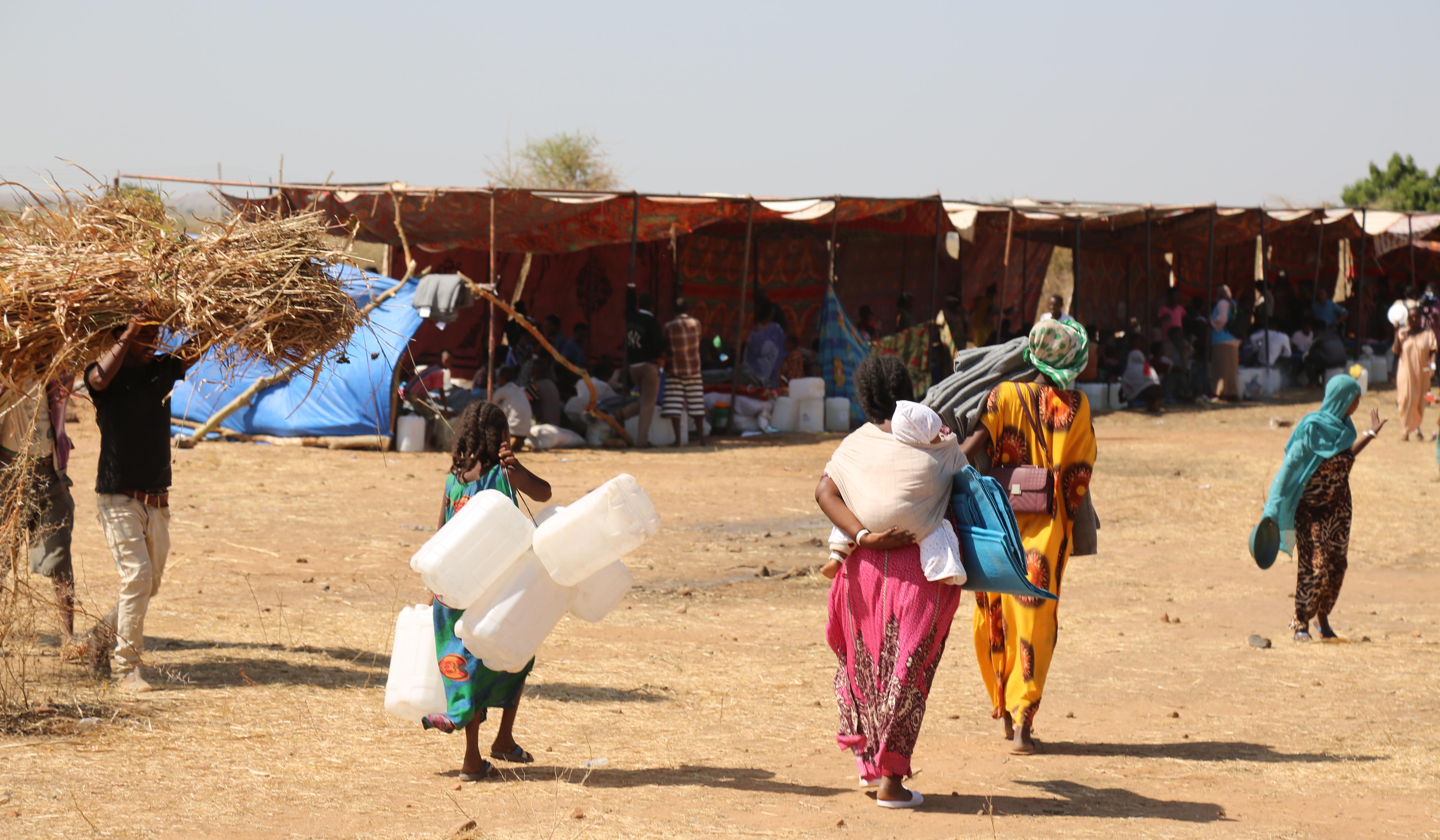 Refugees fleeing violence in Ethiopia have been streaming into Sudan. 36,000 have arrived in the last two weeks and more are expected as the conflict continues.

“200,000 more people might come over the next 6 months,” estimates Babacar Cisse, UN Resident and Humanitarian Coordinator in Sudan.

Mr. Cisse just arrived back in Khartoum after a two-day mission to refugee camps near the border, where he had been joined by Country Representatives of the UN Refugee Agency (UNHCR), the World Food Programme (WFP), the UN Children’s Fund (UNICEF), the UN Population Fund (UNFPA), and government officials. Together with local authorities, the delegation considered immediate response efforts, including aid coordination, and identified additional resettlement sites.

“This is a huge logistical challenge,” explains Mr. Cisse. “It takes between 6 and 12 hours to access to the existing sites.” To facilitate the transportation of people, materials and equipment for building new shelters, the UN delegation and the local authorities discussed the identification of new sites located 15 kilometers from the border.”

Safety is at the core of the response

The security and protection of civilians, especially women and girls, remain at the core of the work of the UN teams. The UN is scaling up effort to provide additional food, clean water, sanitation, and shelters.

The influx of women, men, and children arriving exhausted is rapidly growing, and camps are overcrowded. Refugees have found shelter in several camps, Hamdayet is hosting the largest number with over 21,500 refugees, followed by Lugdi, with an estimated 10,557 people. An average of 2,558 people are arriving daily.

“[Refugees’] stories are extremely sad and moving,” says Mr. Cisse. “Some of them have left behind their children, their daughters, their parents. They have lost everything. They are shocked and traumatized by the acts of violence they have seen.”

Explains one woman, “I have seen men slaughtered in front of my own eyes. I cannot forget that. I still have a suffocating feeling in my heart.”

Protection for the most vulnerable—women and girls

While men suffer from violence during their journeys, it is women and girls who are especially vulnerable, especially to sexual violence.

“I fled with seven children, for four nights we walked on foot across the bush and forest,” says one refugee, a mother. “During the day we hid in the bush. Then finally we reached the Lugdi border point Since last night I have been sleeping under the trees. I have two daughters, 20 and 18 years. I cannot sleep sound because I am scared for their safety.”

The UN and partners are focusing in addressing the special needs of the population, especially the most vulnerable, which includes lactating women, traumatized children and women, and others in need of psychosocial support.

But sometimes, the need is too great and this support falls short. Although three partner agencies are providing health services in or near the camps, none of them has anesthesia, leaving those in need to drive an hour to the nearest health facility. Such was the case with one pregnant refugee, reports Massimo Diana, UNFPA Country Representative.

“In the end, she could not save her baby,” he says. “Losing a baby after nine months of pregnancy due to lack of available services at the nearest place and a delay in reaching the health facility is not acceptable. This violated the absolute human rights of this woman.”

A 26-year-old woman recalled, “I was a teacher in Tigray. When I fled, I brought only whatever I could carry. The first day I arrived in this camp, I had my period. One day I stayed with stained, bloody clothes. Then I sold my only valuable, my Android phone, to buy underwear, cotton, and soap for menstruation.”

The conflict in Tigray erupted so suddenly as to catch this woman and so many other Ethiopians unawares. Says Mr. Cisse of the UN, “No one was expecting it.”

To meet the large and growing demand, the UN and partners have finalized a humanitarian preparedness plan to assist nearly two million people.

Produced by the Development Coordination Office. Written by Celine Adotevi, with editorial support from Paul Vandecarr. To learn more about the work taking place in the country visit: https://sudan.un.org/.