In Uganda, surviving rape and child marriage one plait at a time 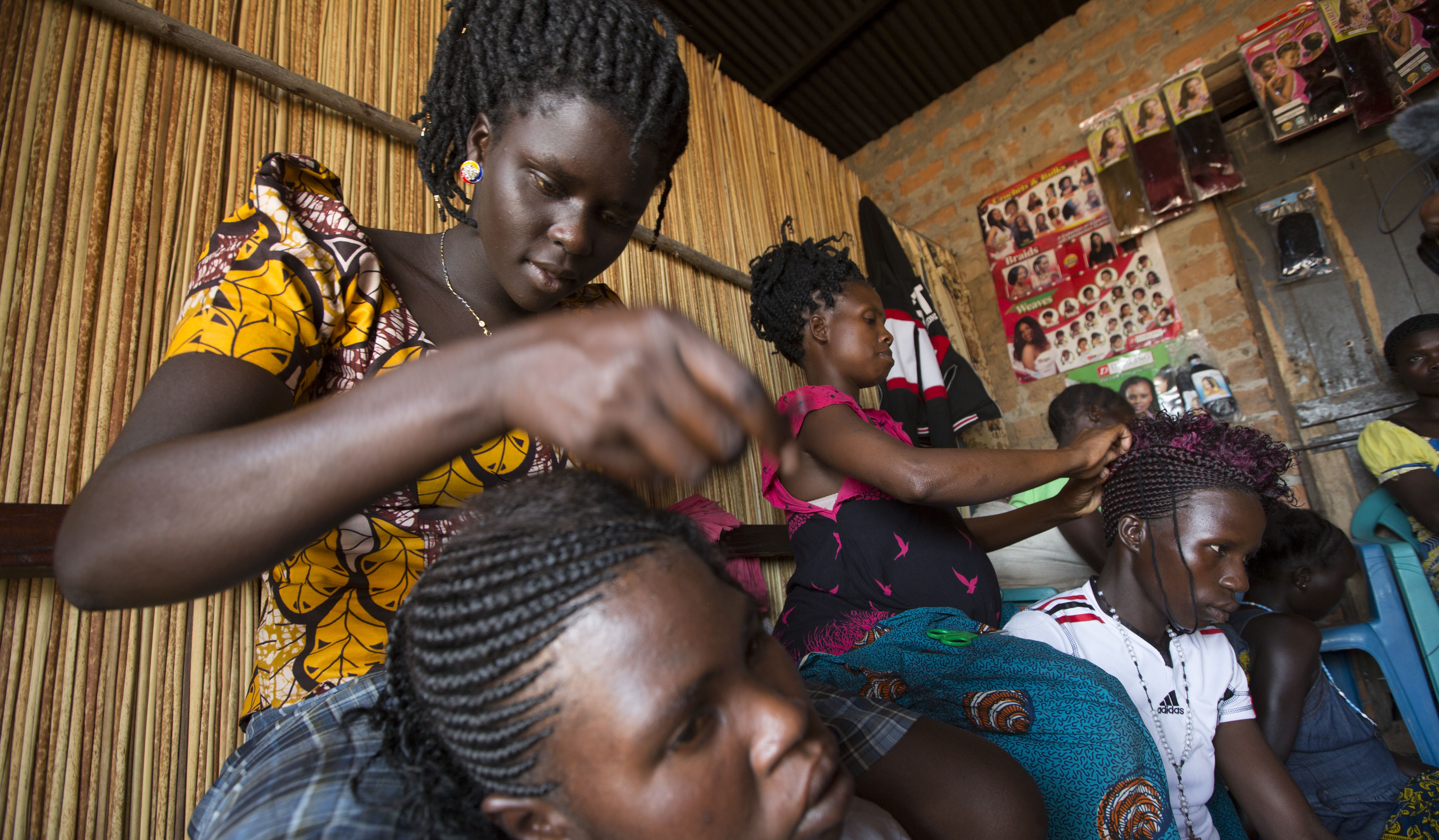 ODRAMACAKU, Uganda – Christmas is one of the busiest times of the year for beauty salons in this small town in Uganda’s northern Arua District. For 16-year-old Irene Asibazuyo, it means that she will make a little more money.

Unlike other children her age, she is a hairdresser, plaiting hair instead of going to class. She was enrolled in primary school and enjoyed studying mathematics, social studies and English until her childhood ended abruptly in 2017, when she was raped during a visit to her uncle in South Sudan; the man later vanished.

“In my culture, when a man rapes you, they must take you as their wife,” Ms. Asibazuyo explained. “Otherwise, your family risks being cursed or struck by a bad omen.”

She found herself at a crossroads: “I could not go back home because I knew I would be ridiculed by my peers and my own relatives. Instead, I went to the man’s home. I explained the incident to his parents, who advised me to stay. Since he had raped me, I knew that no man would ever take me as his wife.”

Ms. Asibazuyo felt stranded, scared, confused and abused. She stayed at the man’s home for a week, but he never returned. Yet according to her culture, her marriage had already begun.

“While I was living in that home, I thought about my friends," she said. "All I did was cry, and I could not eat. I used to fetch water among other chores, and I worried about my future.”

Ms. Asibazuyo's  situation only started to change when her parents across the border learned about the End Child Marriage campaign, implemented by World Vision with support from the UNFPA-UNICEF Joint Global Programme to Accelerate Action to End Child Marriage.

The campaign aims to educate girls, their parents and other community members on the dangers of child marriage. It is also encourages them to identify and report cases of violence against children.

Ms. Asibazuyo’s parents and a UNICEF-trained social worker crossed over the border with South Sudan to rescue her, defying cultural taboos to support their daughter.