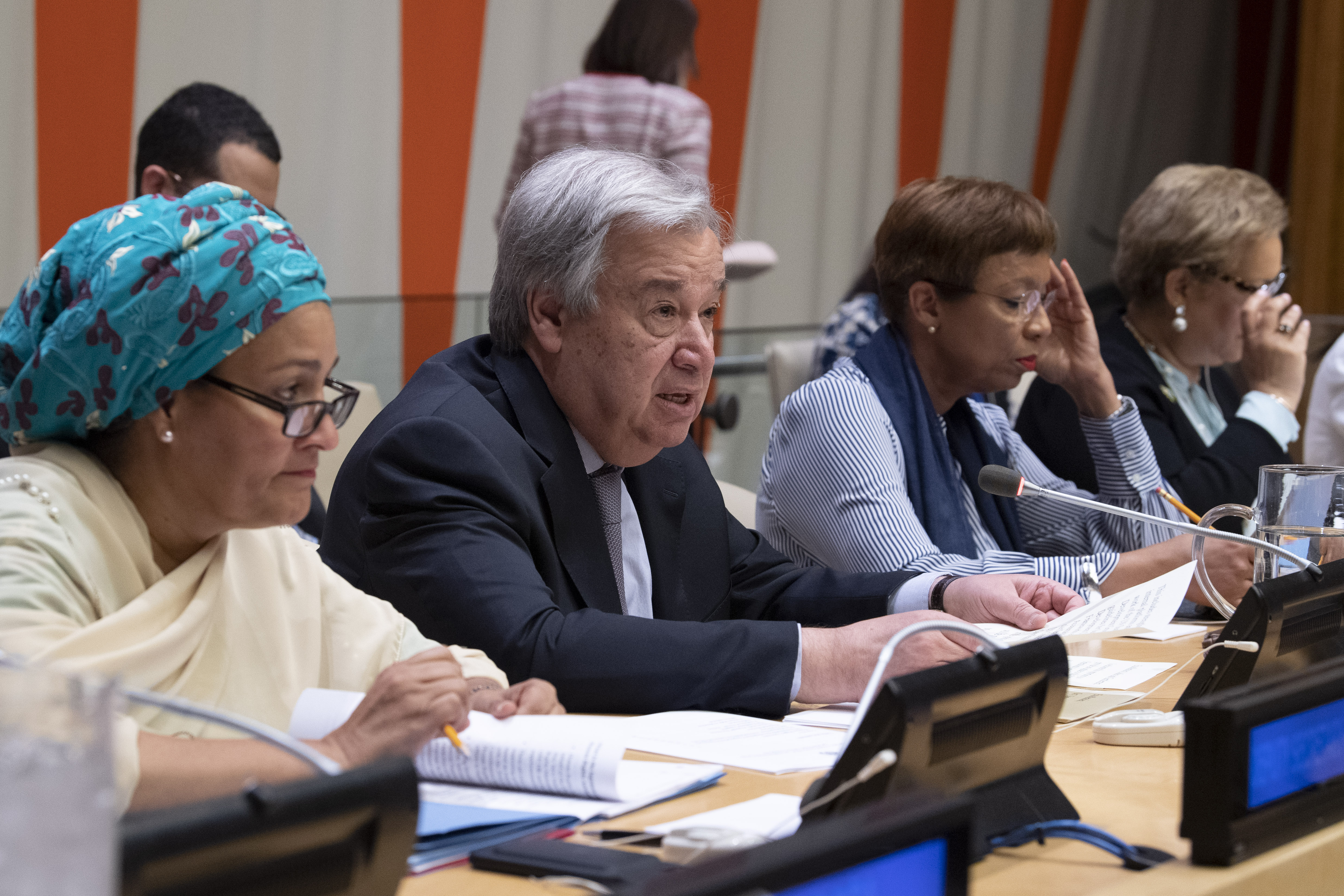 The Secretary-General made his remarks while presenting a key progress report to Member States that highlights the measures that have been put into place to reposition the UN development system to deliver on the 2030 Agenda — a commitment made by 193 countries to boost gains in the economic, social and environmental dimensions, ensuring that no one is left behind, by 2030.

“On 1 January, we pivoted to a new era for the UN development system – and as my report observes, we are well advanced on this transformative journey,” said Secretary-General Guterres, delivering his report during the Operational Activities Segment hosted by the Economic and Social Council on 21-23 May.

2019 marked the launch of a reinvigorated, independent and empowered Resident Coordinator System, including the Development Coordination Office (DCO), a new UN Secretariat entity coordinating the work of 129 UN resident coordinators. With full gender parity, they are the designated representatives of the SG for development matters in countries, leading UN teams to more effectively support governments for the 2030 Agenda.

“We are moving ahead in establishing a new generation of UN Country Teams – more integrated, responsive and accountable as they respond to country priorities and needs with updated guidance, instruments and tools,” the Secretary-General said.

He added, however, that “the world is not moving fast enough to achieve the Sustainable Development Goals and to leave no one behind–and we are also losing the race against climate change.”

The Deputy Secretary-General continued the open and frank discussions with Member States on 22 May, including on her report on the newly established DCO, which is the Secretariat for the UN Sustainable Development Group, with 40 agencies, funds and programmes working on development at the global regional and country levels.

Resident coordinators said that “changes are visible” and reforms are leading to a more cohesive UN system, during an interactive session led by the Permanent Representative of Belarus to the United Nations.

Philippe Lazzarini, Resident Coordinator, Humanitarian Coordinator, Deputy Special Representative of the Secretary-General in Lebanon, said reform requires a shift in the way the UN does business, including how it engages with partners.

“We need to have a more strategic engagement with our partners through the resident coordinator office,” he said, adding that his office is currently looking into setting up a group of partners to work with his UN country team.

The Resident Coordinator in Bosnia and Herzegovinia, Sezin Sinanoglu, shared many immediate benefits from the reform, including 20 percent savings by gathering several UN agencies, funds and programmes to work the same house, where they also pool cars and information and technology support. She also highlighted the important role of the UN Development Programme (UNDP), which previously ran the RC System and, in spite of losing the bulk of its key leadership on the ground, fully supported a smooth transition to the UN Secretariat.