Updates from the field #31: Protecting those most in jeopardy during COVID-19 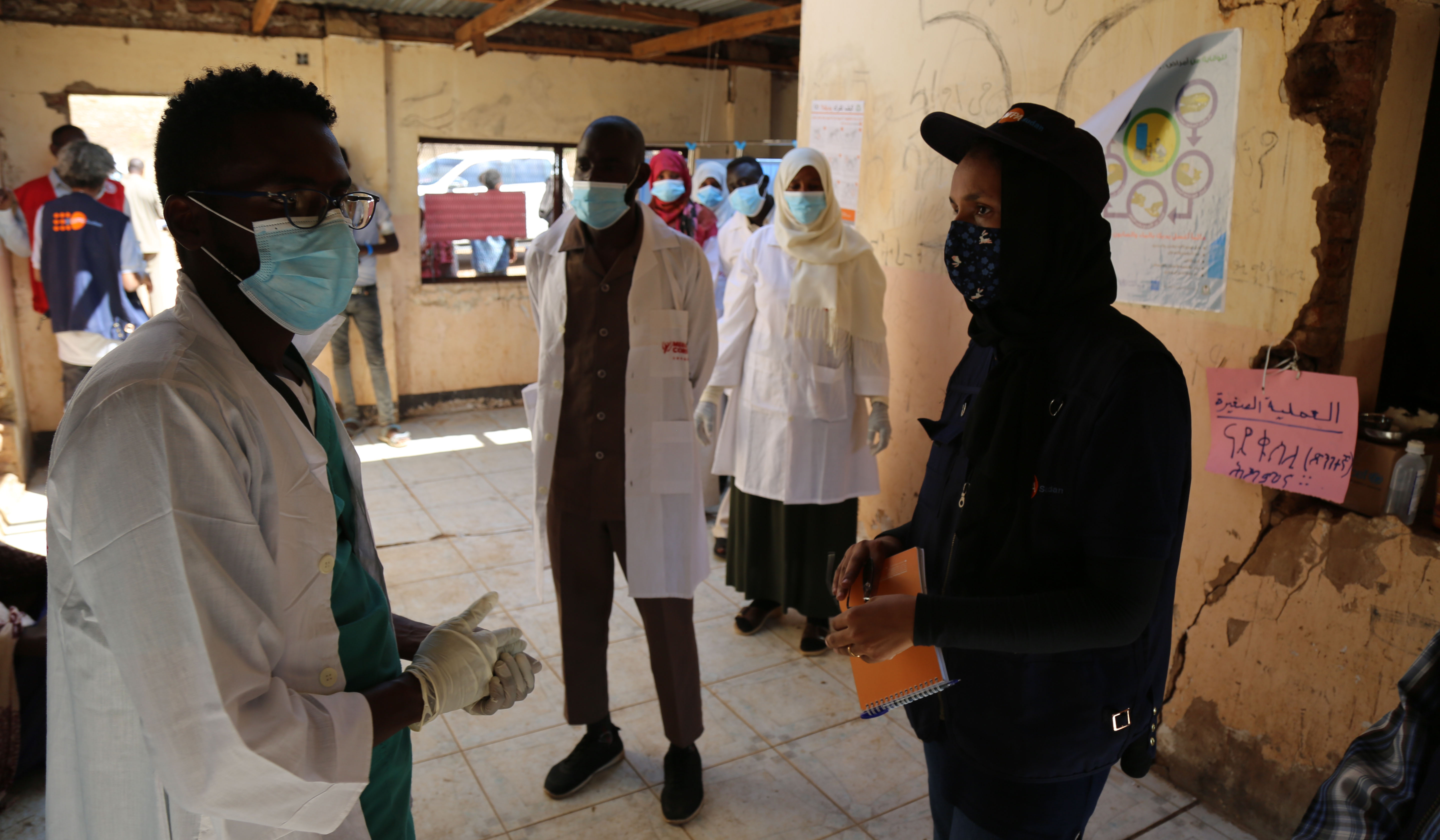 Together with governments and partners, UN country teams worldwide are working to help protect the safety and security of communities, particularly those facing humanitarian crisis. Teams are stepping up their effort to obtain more essential lifesaving supplies and shelter for those most at-risk. We highlight some of the coordinated efforts below.

The UN team, led by acting Resident Coordinator Claudio Providas, are supporting authorities in their efforts to support vulnerable groups, including refugees and undocumented Afghans. The team launched a socio-economic recovery programme in support of the Government, assisting 16 million people and more than 11 million households.

Meanwhile, for its part, the UN Office on Drugs and Crime (UNODC) developed and distributed 8,000 packages containing brochures and podcasts with basic and critical information on COVID for people who use drugs. The Joint UN Programme on HIV and AIDS (UNAIDS) also conducted a nation-wide needs assessment for people living with HIV.

WFP is providing cash or food to over 30,000 refugees, while UNHCR has supported more than 20,000 refugees with cash grants. UNICEF is providing psychosocial counselling to at-risk adolescents and families, minors and mothers in detention, children in family-based foster care settings and parents.

In Kazakhstan, the UN team, led by Resident Coordinator Michaela Friberg-Storey, who took up this post recently, is working with authorities to address the recent spike in COVID-19 cases.

WHO is discussing Kazakhstan’s participation in the COVAX mechanism, which is the vaccines pillar of the ACT-Accelerator initiative, convened by WHO and partners globally, speeding up the search for an effective vaccine for all countries. WHO is also providing guidance to the Government, with new lockdown measures in place.

Together with the UNICEF, WHO held seminars on the use of personal protection equipment, immunization, infection prevention and control, as well as on the safe reopening of schools.

The UN team procured over more than US $500,000 worth of critical health supplies.

During the lockdown, more than 4,600 migrants and survivors of human trafficking received direct support from the International Organization for Migration (IOM), while UNDP is helping authorities boost an e-government scheme.

Last month alone, the UN team reached some 13 million people with messages on how to prevent the spread of the virus, which is helping curb the spread of misinformation.

In Kenya, the UN team there, led by Resident Coordinator Siddharth Chatterjee, is working – despite the COVID-19 pandemic – to help refugees and host communities in Turkana County in the country’s northwest. The thirty NGOs and the private sector in this area have witnessed a 50 per cent increase in the number of refugees in the past seven years.

The UN team has helped to provide more than 50 medical facilities staffed by 300 trained workers to help nearly 200,000 refugees and 320,000 people from host communities to address the pandemic. More than 120 schools are also in place. Women and men refugees have been receiving cash to build their own permanent shelters, with more than 6000 houses built this year alone. This is also enabling refugees to have bank accounts.

This work is co-led by the Government with UNHCR, along WFP, the Food and Agriculture Organization (FAO), IOM, UNICEF and UN Habitat.

The UN team, led by Resident Coordinator Maria Jose Torres, with WHO, UNICEF and other partners, has installed an oxygen plant to generate over one million litres of oxygen a day in one of the main hospitals.

The team is also helping to increase access to clean water and sanitation. To prevent infections in schools, health facilities, markets, and other public spaces, nearly 200 water samples from boreholes and taps were collected, with nearly 30 per cent found to be contaminated and handed to authorities for swift action.

UNICEF, UN Women and other partners provided personal protection equipment, hygiene materials, food and psychological first aid to nearly 5,000 Malawians returning from South Africa. Some 10,000 people, including nearly 300 persons living with disabilities, have been reached with COVID-19 messages through door-to-door campaigns, mobile van, community drama sessions and social media. This brings the total number of people reached so far to more than 1.2 million.

In Sri Lanka, the UN team, led by Resident Coordinator Hanaa Singer, and partners are helping to respond to the crisis on the health, socio-economic and risk communications fronts.

WHO has provided 100,000 rapid testing kits and nearly 600 hospital beds. It also helped to renovate nine local hospitals to boost clinical capacities. For its part, IOM provided testing supplies for the airport.

UNICEF and WHO worked with authorities and local civil society organizations to develop communications campaigns in local languages to counter misinformation and prevent the spread of the virus. WFP and UNFPA produced content to combat gender-based violence and highlight the rights of older persons during lockdown.

Our UN Resident Coordinators and teams in the Horn of Africa are deeply concerned with the situation in Ethiopia and reiterate the Secretary-General’s call earlier this month to de-escalate tensions. UN teams also stress the importance of peace as a fundamental cornerstone for the achievement of the Sustainable Development Goals in the Horn of Africa.

The UN teams in four countries – Ethiopia, Eritrea, Sudan and Djibouti – are working with authorities to address the needs of the most affected people. The UN system is fully behind the Secretary-General’s call that no efforts should be spared to prevent this from becoming a regional crisis/conflict, in an already fragile context due to the COVID-19 pandemic and other humanitarian concerns.

In Ethiopia, the UN team is particularly concerned about the plight of some of the most vulnerable households in the Tigray region. It is also concerned with the movement of people and the risk this entails for the spread of COVID-19. Tigray has been the third region most affected by the pandemic. Since the beginning of the conflict, all systems of surveillance have broken down, with lack of communications and access to health facilities.

This is a moment to reiterate the Secretary-General’s call for a global ceasefire in all corners of the globe to reinforce diplomatic action, help create conditions for the delivery of lifesaving aid and bring hope to places that are among the most vulnerable to the COVID-19 pandemic.