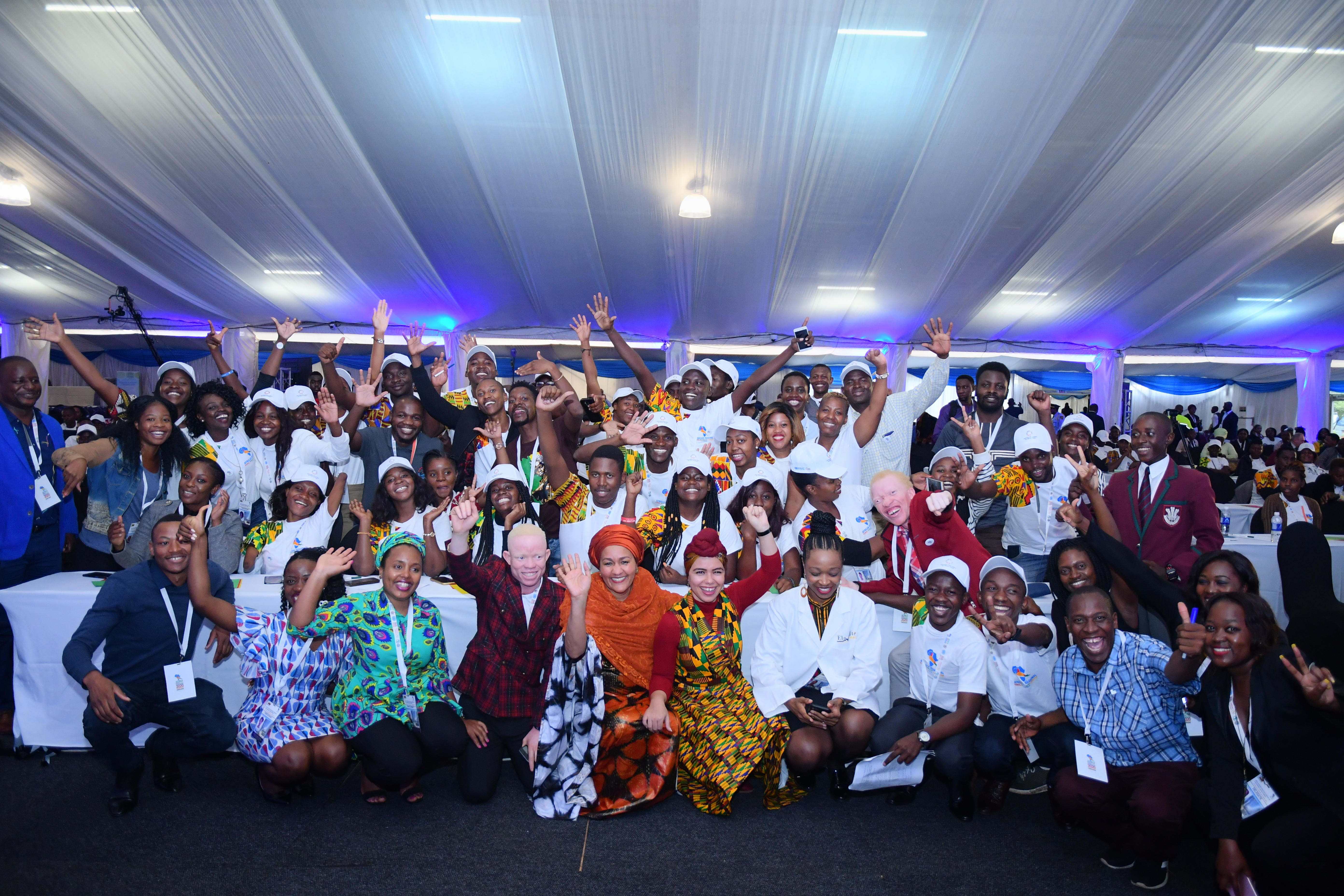 Victoria Falls, Zimbabwe, February 25, 2020 (ECA) – Amina Mohammed, the UN Deputy Secretary-General, on Monday, interacted with hundreds of young people from across the African continent at a youth engagement event, where she urged them to use technology effectively and contribute to achieving the sustainable development goals and not to foster hate and division.

Ms. Mohammed, who was in Zimbabwe for the Sixth African Regional Forum for Sustainable Development and a special session of the Regional Coordination Mechanism said today’s youth had more tools and gadgets, such as mobile phones to use in their quest for a better future than those of yesteryear.

“Use your phones not to sow hatred and division but to bring us together to achieve the sustainable development goals,” she said, imploring them to take their future seriously and work hard to ensure no-one controlled their narrative and also use science, technology and innovation for change. “It’s your time, not tomorrow. Use your youth power -  it’s your future to define,” she said.

During the interaction with the Deputy Secretary-General, they shared their desire for governments to enact inclusive policies; eliminate conflicts and poverty; create jobs; act against climate change; promote gender parity; give the youth opportunities to participate in decision-making processes, and facilitate and fund innovation hubs.

“What I have heard here today is inspiring. You have given me more energy to go back and fight the good fight,” Ms. Mohammed said. She promised the youth that she would take their concerns and suggestions on how to move the content to the next level with youth involvement, to the continent’s leaders.

Participating at the event was Aya Chebbi, the African Union Youth Envoy, who called for a more visible youth component in the UN-AU Framework on peace and security and other collaborative mechanisms.

In the ensuing discussion, speakers highlighted the importance of institutionalizing “generational co-leadership” to ensure a genuine transition to the younger generation, as well as including young people in issue-based coalitions.

Asked by Ms. Mohammed how they saw the future, the majority of the youth were optimistic that it was bright, while a minority expressed pessimism, saying nothing was likely to change.

The engagement is part of various ongoing global discussions to mark the UN’s 75th anniversary in 2020. Through these conversations, the UN aims to build a global vision and increase understanding of the threats facing our future and support enhanced international cooperation to realize that vision.

The event was held on the theme; UN@75 - The Future is Now: African Youth Engagement for the Decade of Action.