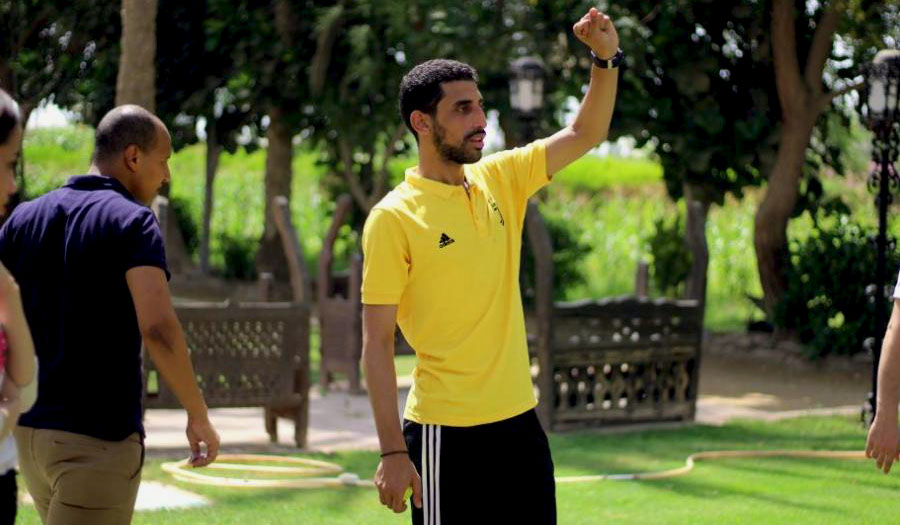 As countries around the world are grappling with COVID-19 pandemic, the role of young people becomes more important than ever in efforts to stop the spread of the virus and help mitigate its different consequences. For Egypt, a country where youth constitute about 60 percent of population, finding ways to engage young people and empower them can be decisive in the battle against the pandemic.

Taking this into account, Mohamed Elkholy, 25, is working to find and scale up new ideas from the young people to counter misinformation and spread the right messages on the virus using new technological tools.

Mohamed, a leading member of Y-Peer Egypt, is hosting PEERCAST, a podcast programme from youth-to-youth, that he hopes would open a new window for raising awareness among young people on population issues using new technologies.

“Young people are one of the most important target groups in the battle against COVID19,” says Mohamed, who holds a bachelor of Surgery.

In its first season, the programme, supported by the United Nations Population Fund (UNFPA) and funded by the European Union, the programme is dedicated to COVID-19, with interviewed experts from the World Health Organization (WHO) and the Egyptian Ministry of Health and Population, endeavoring to spread the right information and correct the misconceptions and rumors about the virus.

Earlier when the pandemic hit, however, and as Mohamed and his colleagues started developing the programme, they faced the challenge of engaging with their audience interactively.

“This pushed too many ideas into action,” he recalls. An interactive hand-washing challenge using videos, photos, gifs and animations came into light, among others. The challenge was created by youth themselves to spread awareness about protective measures against COVID-19.

'Ma'a Ba'ad' (standing together) is another interactive initiative that targeted young people with mental health support. It came as a result of cooperation between Y-PEER Egypt and three of the top leading student groups in Egypt; the International Federation of Medical Students' Associations Egypt, the Egyptian Pharmaceutical Students' Federation and the Egyptian Association of Dental Students.

The programme resonated well with different stakeholders, including partner ministries, NGOs and individuals. The positive feedback encouraged Mohamed and his colleagues to produce a second season of PeerCast.

“Spreading awareness among youth is not just about dealing with current situation but also preparing this generation on how to deal with emergency situations as youth today are tomorrow’s decision makers,” he said.

Mohamed is also an active contributor to  #YouthAgainstCovid, a global campaign pioneered by UNFPA, in collaboration with Prezi. It aims to empower young people with authoritative information and awareness messages from WHO using new digital platforms.

Produced by UN Egypt. Written by Mahmoud Hossam, Public Information Assistant, UNIC. To read the originally published article and to learn more about the UN team's work in Egypt visit their website at https://egypt.un.org/.