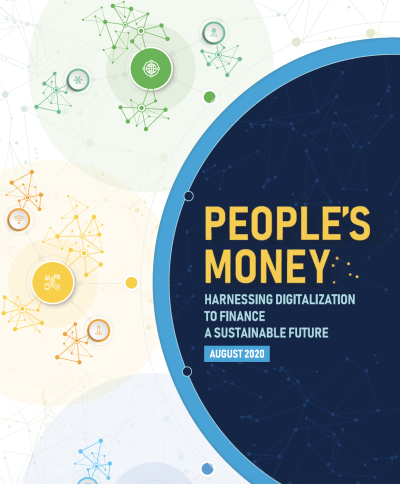 ‘People’s Money: Harnessing Digitalization to Finance a Sustainable Future’ is the Task Force’s final report. It summarizes the findings and recommendations developed and agreed by the Task Force since its inception in November 2018. It is based on an extensive engagement with stakeholders and research. It builds on the Task Force’s progress report, ‘Harnessing Digitalization in Financing the Sustainable Development Goals’, released on the occasion of the UN General Assembly in September 2019.