Report of the UNSDG Chair on the Development Coordination Office 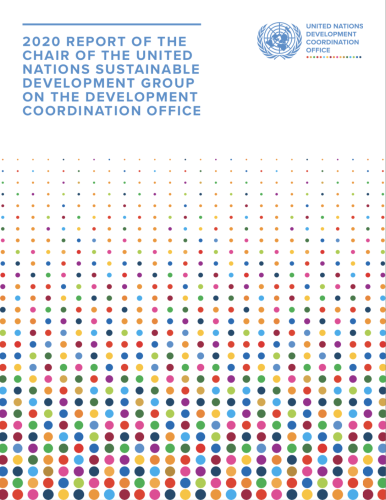 2019 was a watershed year for UN development coordination. Following the May 2018 landmark resolution 72/279, through which the General Assembly decided to fundamentally transform the UN development system (UNDS) to better respond to the 2030 Agenda for Sustainable Development, a truly empowered and independent RC system was launched on 1 January 2019. Across 162 countries and territories, Resident Coordinators (RCs) are now fully dedicated to coordinating country-level development activities, with a direct reporting line to the Secretary-General, strengthened independence and authority over the activities of UN country teams (UNCTs), enhanced analytical capacities in their offices, and dedicated backstopping from new regional offices of DCO and a stand-alone global Development Coordination Office (DCO).

The present report should be read in tandem with the 2020 Secretary-General’s report on the quadrennial comprehensive policy review of operational activities for development of the United Nations (QCPR). The two reports chronicle progress in making the UNDS fit to deliver on the 2030 Agenda. At age 75, the UN is embracing change, united in its renewed commitment to a better organization and a better world.