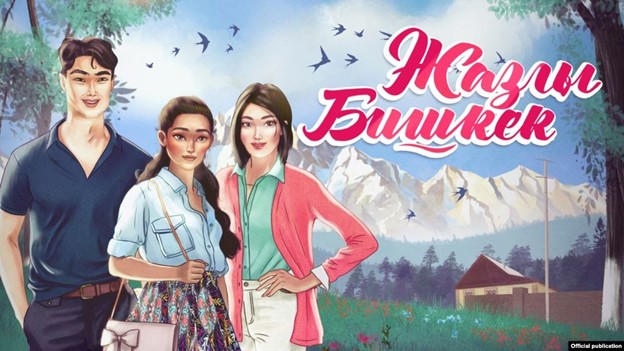 Caption: Still from the game “Spring in Bishkek”.
Photo: UN/Kyrgyzstan

It's your first year of university and your best friend is kidnapped for marriage by a group of men. What do you do? That's the question that drives ‘Spring in Bishkek’, a mobile game that has been launched with the support of Spotlight Initiative in Kyrgyzstan.

The game was developed by the Open Line Public Fund to help young people learn how to deal with the widespread practice of Ala-Kachuu, the abduction of girls and women for the purpose of forced marriage. Meaning "to take and run away", it involves a potential groom forcibly taking a young woman or girl back to his home before pressuring her to agree to marriage. Although illegal in Kyrgyzstan and punishable by up to 10 years in prison, Ala-Kachuu remains widespread. According to UNICEF, a total of 147 cases were reported between 2014 and 2018 across the country, although true numbers are likely far higher, with some studies estimating that one in five Kyrgyz girls is affected by bride-kidnapping.

"The game involves players in the decision-making process and allows them to see from the outside what this or that decision will lead to." - Munara Beknazarova, game author

To help address this issue, ‘Spring in Bishkek’ puts players in the shoes of a 17-year-old who must help save her friend from an abductor.

“Our game immerses the user in a world,” explains Munara Beknazarova, Open Line Public Fund Director and author of the game. “It involves them in the decision-making process and allows them to see from the outside what this or that decision will lead to.” The hope is that when faced with similar situations in real life, players will know how to find support.

During the game, players receive points for successfully passing tests, learn about the impacts of bride-kidnapping, and learn about legislation that protects the rights of girls, as well as how to report an abduction. “The player directly interacts with stories,” says Ms. Beknazarova. “This is much more interesting than listening to a lecture in which [you’re told that] violating the rights of girls is a crime.”

But navigating the game is not always easy. As players seek help from parents, friends and the university dean, they may receive answers that discourage them from helping their friend. In the game, the abducted girl's family will not act, fearing the social repercussions of reporting.

“When you do something for the first time, you are scared,” says Ms. Beknazarova. “But as players find allies and receive legal advice, they begin to develop a plan of salvation [for their friend]. Players can get to know their fears, and they can understand that they are not alone and that fear can be fought.”

Ms. Beknazarova says that she received a ‘thank you’ letter from a girl who used her newfound knowledge to help her sister escape abduction. “She said that based on information from the game, she made a call and to Ministry of Internal Affairs, who quickly picked up the sister from the kidnapper's house.”

The game has already been downloaded over 100,000 times, with new game “chapters” currently in development.

Story was originally posted on Spotlight. Edited by Paul VanDeCarr, Development Coordination Office. To learn more about the work of the United Nations Country Team in Kyrgyzstan please visit : kyrgyzstan.un.org.