Restructuring aid for Syria and its neighbours 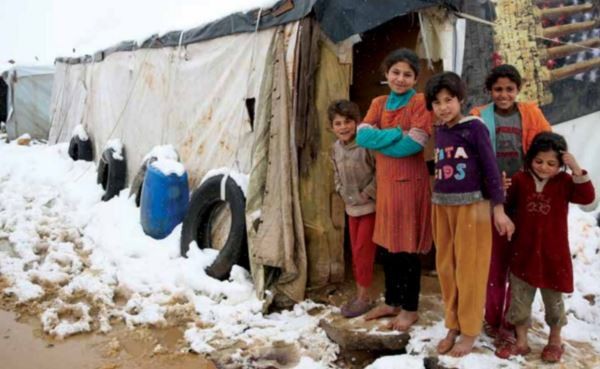 The recent surge of hundreds of thousands of refugees travelling from Syria and elsewhere into Europe has prompted new debate about the international aid response to the crisis caused by the Syrian conflict. Should European and other countries do more to help refugees leaving Syria and its neighbours? Should they do more to help in Syria and its neighbours? Can more be done to bring about an end to the war?
Amidst the debate, in September the EU pledged an extra US$1.1 billion in aid and the United States pledged an extra US$419m. These pledges come on top of the large sums these donors had already pledged and disbursed this year. They have been welcomed by aid organizations and the countries at the front of dealing with the consequences of the Syrian conflict.

Nonetheless, the gaps are still large between the funding that aid organizations and their national partners have appealed for, and the funding that has been pledged or disbursed. The governments of Iraq, Jordan, Lebanon and Turkey are still seeking more assistance with the costs of hosting between them more than four million refugees. And all the while Syrians continue to be displaced within Syria itself, and refugees continue to travel out of the region.

Underfunding in aid has consequences, direct and indirect. The World Food Programme has had to cut food aid for refugees. Local authorities have struggled to provide water and sanitation. National budgets have been unable to finance all the schools, teachers, health centres and healthworkers that are needed. And initiatives to generate jobs and livelihoods have gone underfunded – leaving people struggling to make a living.

A further obstacle is the classification of Iraq, Jordan, Lebanon and Turkey as middle income countries. This precludes them from receiving the types of grant aid from multilateral financial institutions that poorer countries receive.

Little of this makes sense for helping the millions displaced in Syria and who have fled abroad, and the neighbouring countries that have taken in more than 4 million refugees, and which face their own budgetary pressures.

A change – and more needed

Put simply, the structure of international aid – its architecture – is not fit for the purpose of responding effectively to the consequences of the Syrian conflict. So what needs to change?

One recent proposal has been to increase the access that Iraq, Jordan, Lebanon and Turkey have to “concessional loans.” Under the proposed arrangement, the World Bank will provide new loans to Syria’s neighbours to help deal with the financial burden of the conflict, and wealthy donor countries will pay the interest on those loans.

The proposed arrangement is welcome and overdue. But more needs to be done. More needs to be done to break down the barriers between humanitarian and development aid, and to create new and innovative mechanisms for financing the collective response to the Syria crisis.

This is why the structure of the international aid response to the Syrian conflict was one of the topics discussed at the Resilience Development Forum held in Jordan on November 8th and 9th. The event brought together 500 participants in an unprecedented spectrum of stakeholders: senior representatives of Governments from Egypt, Iraq, Jordan, Lebanon, and Turkey; 31 UN Agencies and IOs and IFIs; 23 donor countries; 50 international and local NGOs and research institutions; and private sector leaders exchanged their rich experiences and discussed innovative ideas. The Forum explored ways to better connect public finance and private finance, where they can work well together, and ways to remove unhelpful barriers between humanitarian and development aid. You can download the Dead Sea resilience Agenda here.

Investing in the resilience of these countries means strengthening their ability to cope with the millions of displaced and refugees who remain among them. It means striking a better balance between providing emergency assistance and investing in the kind of longer-term development that will enable the displaced and refugees to fulfill their ambitions and aspirations in Syria and in the neighbouring countries. And it means supporting these countries’ national response plans and the linked international plans.

On December 7th, the Regional Refugee and Resilience Plan (‘3RP’) for 2015-16 and the Syria Response Plan will be part of the Global Humanitarian Appeal. The 3RP provides a framework to deliver on the results in the Dead Sea Resilience Agenda. Its elements will be the point of reference as we prepare for the pledging opportunities at the London Conference on 4 February 2016.

What do you think? What more needs to be done to break down the barriers between humanitarian and development aid, and create new mechanisms for financing the collective response to the Syria crisis?