The true poverty of data 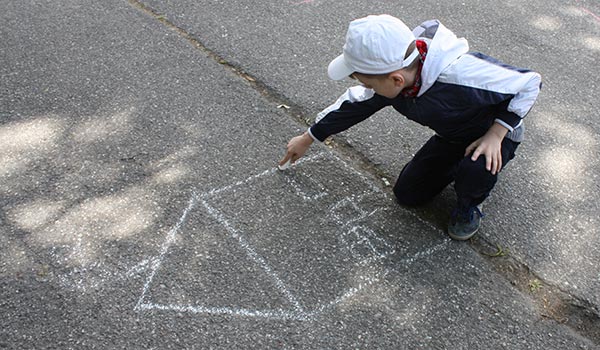 Eradicating poverty remains a long-standing goal of global development. It’s also a centerpiece of the 2030 Agenda. And while no one would doubt the importance of this goal, a lingering question remains: how do we measure poverty and how do we best make use of poverty data?

Beyond income as a measure of poverty

The standard approach to measuring poverty is monetary metrics or the international poverty line, which in October 2015 was updated to $1.9 from $1.25 per day. Monetary poverty is at the core for the progress indicators under MDG1 and to a significant extent under SDG1. The main advantages of this approach are its relative easiness to measure and international comparability. The key disadvantage is however that it fails to grasp multiple deprivations including access to basic services, such as health and education. The Multi-dimensional poverty index (MPI) was in part developed to answer exactly this question: how can we have a more truthful measurement of human poverty by combining several crucial dimensions of deprivation.

Both the income based and multi-dimensional approaches to poverty measurement are examples of upstream data: while they  provide the advantage of international comparability, their uses are quite limited when it comes to informing programmatic interventions and contextualizing poverty in national or subnational contexts. For instance, years of schooling can mean something completely different in countries with strong or weak public educational system and thus have different relevance as a part of poverty measurement depending on the country context. So the risk is that while comparability of data is important to drive a spirit of competition among countries to advance their development, it might not give policy makers the data they need to make decisions based on reality.

Take poverty data in Moldova – a focus on income only has made available data increasingly devoid of sense. While the poverty rate has fallen more than thrice, the poverty has increasingly topped the list of public’s concerns. How can this seeming ‘cognitive dissonance’  be explained? Part of the explanation is that nation poverty line is set artificially low. Another part of explanation is that focusing on the monetary aspects of poverty conceals important dimensions such as access to health or education or high discrepancies resulting from characteristics of different categories of population. For instance, issues related to access to health services in some rural communities of Moldova or the capital city can be of completely different nature. So, we need a different poverty measure in Moldova that would be able to: a) reflect better realities on the ground and b) be granular and context-aware enough to inform and inspire action either on nation and/or local and community level.  But how can we move forward to achieve that?

Is there an alternative way?

The democratization of the public policy space, and the advent of new technologies fortunately opens opportunities to test alternative approaches to poverty measurement. One of these approaches involves harnessing the collective intelligence of those living in poverty to inform policy interventions. After all, as G.K. Chesterton famously quipped: “By experts in poverty I do not mean sociologists, but poor men.”  (of course, we can’t blame him in the 19th century for omitting poor women as experts in poverty...)

While tools for harnessing collective intelligence are constantly evolving, getting peoples’ views on poverty isn’t all that new.  In the 1990s the World Bank undertook a number of comprehensive studies that tried to incorporate the voices of the poor into poverty measurement exercises. These consultations, conducted in 23 countries around the world, used a number of participatory methods to capture the experiences of those living in poverty in a given place and time.

Consulting citizens about what poverty means to them isn’t particularly new. However, making this information useful for decision makers - civil servants, politicians, and those with aid budgets, is an ongoing challenge. Together with our partners from Nesta and the Moldova National Bureau of Statistics we have decided to undertake several pilots to understand how the knowledge of those living in disadvantaged circumstances can be successfully harnessed to inform decision making.

First, we want to redefine what poverty and its various dimensions mean in Moldova. And we want to do it together with poor and vulnerable people in Moldova. This is a stark departure from most current approaches that rely on experts defining poverty dimensions, not poor people themselves. Our assumption here is that we will be able to focus on relevant aspects of poverty dimensions that are relevant in the Moldovan context, even if these would mean sacrificing the international comparability of data. This will improve  decision-makers’ understanding of the issues that matter most to poor Moldovans, and hopefully improve their ability to act, for instance, shifting from monetary social assistance to the one targeted to identified aspects of poverty. Furthermore, we will be able to highlight differences across different regions and have a more granular understanding of how various characteristic of people affect their poverty (age, employment standing, people with disabilities, etc.) status. Eventually, this understanding will lead to different indicators suitable for either national or local decision-makers (eventually households themselves – working together on understanding and measuring poverty can bring completely different power dynamics and give poor people agency to act).

Many citizen consultation exercises stop at this stage: the consultation is used to write a report, which is then handed over to policymakers, in the hope that they will act on the information. However, as the work of Nesta’s Alliance for Useful Evidence has shown, promoting the use of evidence in decision making is not just about the quality of the evidence, there is also a need to make it useful for the consumers of evidence. This has several implications, from supporting decision makers to develop the skills to make use of evidence, through to tailoring the presentation of the evidence to the needs of the audience.

Building on these insights, in the second stage of the project we will design several tools for various audiences and test them in small scale pilots. The first will be a survey that will be designed in conjunction with, and carried out by, the National Bureau of Statistics in Moldova. It will be used to complement the Household Budget Survey (HBS). The goal is to provide a richer picture, for policymakers, of what it means to experience poverty in Moldova. The second will be a tool that NGOs, community groups and potentially local governments can use to inform their planning and budget allocation, based on the needs and knowledge of the communities they serve.

What will success look like for this project? Well, we hope to inspire other countries to pursue similar journeys on redefining poverty based on their national context and views of poor people themselves, in order to better explain and inform interventions on the ground. Alongside this, we hope that the methods that are developed through this pilot and the lessons that we learn will prove useful for those wishing to harness the collective intelligence of citizens.