Prior to joining the United Nations, Mr. Scott worked with the International Federation of Red Cross and Red Crescent Societies (IFRC) for 15 years, including as Operations Coordinator, Representative for Haiti, Head of the Regional Delegation for Central Asia then West and Central Africa, Head of Delegation in Georgia, Relief Coordinator in the former Yugoslav Republic of Macedonia and Logistics Officer in Croatia. He also served with the International Committee of the Red Cross (ICRC) as Programme Coordinator in Croatia and held other positions in the non-governmental and private sectors.

Mr. Scott has a degree in social science and politics from the University of Edinburgh in the United Kingdom. 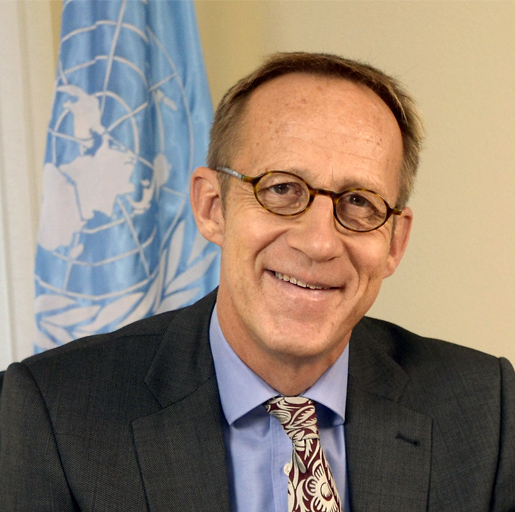