Disability, but not disempowerment: Women refugees and migrants get a boost from a training programme in Brazil 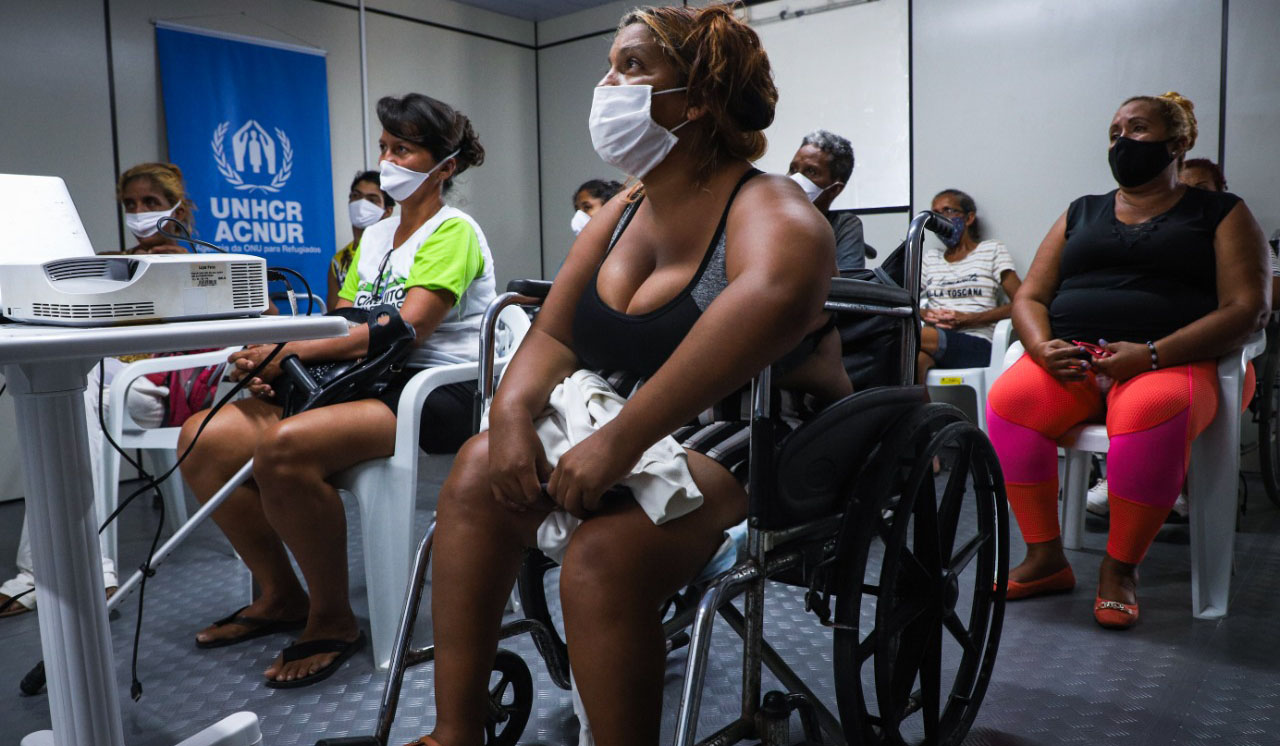 You wouldn’t guess it by looking at the building from the outside. Just a small, standard office building. Nothing remarkable.

But inside the meeting rooms of migrant shelters in northern Brazil, dreams are being hatched.

One woman wants to work in computers. Another wants to get a job as a kitchen assistant. The dearest wish of a third is to make enough money to pay for her daughter’s knee operation.

The dreams may seem small, but the women tend to them with great care.

The dreamers? Women who’ve fled the violence and economic ruin in their home country of Venezuela, and sought safety and work in neighbouring Brazil. They’re part of a UN-sponsored vocational training programme. Most of the women speak only limited Portuguese, the language of Brazil. And each of the women we spoke with for this story has a disability.

“It’s hard for refugee women to get jobs. It’s even harder for those with disabilities,” says Niky Fabiancic, the Resident Coordinator of the UN in Brazil. “These women have climbed metaphorical mountains to get where they are.”

The UN is helping them along in their journey. At government-run shelters in the northern state of Roraima, groups of 20 women at a time take an 80-hour course called “Empowering Women Refugees.” There, they learn about Brazilian culture, entrepreneurship, customer service, sales, and social and emotional skills.

The course is an initiative of UN Women, the UN Refugee Agency (UNHCR), and the Global Compact Brazil Network to help refugee women get jobs. In addition to providing vocational training, the project works with private-sector partners to identify job openings and place graduates in them. The project has the support of Facebook and Iguatemi, and partners with an inclusive-education nonprofit called Turma do Jiló.

These women are among more than 600,000 migrants and refugees who’ve arrived from Venezuela in recent years. About 40% of them are still in Brazil, while others have returned home or moved on. With help from the government’s “Operation Welcome,” many displaced Venezuelans are getting food, shelter, health care, and a shot at a new life in Brazil. So far, the government has helped 43,000 Venezuelans settle in municipalities around the nation. More than one in four of them are women.