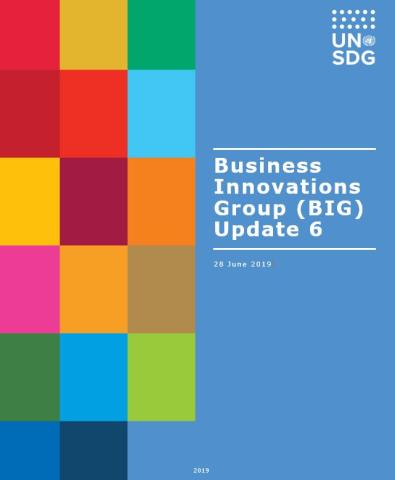 UPDATE 6, 28 June 2019 - In his December 2017 report (A/72/684), and in line with calls from Member States, the United Nations Secretary-General set a number of ambitious targets to reform the UN System. – The Business Innovations Strategic Results Group (BIG), co-chaired by UNHCR and WFP, has been tasked with delivering and building on the proposals envisioned to maximize programmatic gains through efficient and highquality back-office operations.

In July 2018, the BIG established a designated inter-agency Project Team to design and pilot methodologies to deliver on six of the Secretary-General’s targets, as outlined below. This is the sixth update by the BIG Project Team seeks to introduce the aforementioned targets and the resulting seven workstreams, as well as to keep BIG member entities abreast of progress and collaboration necessary to deliver the envisioned benefits together.