Innovation in post-disaster data collection: From the Caribbean to the world 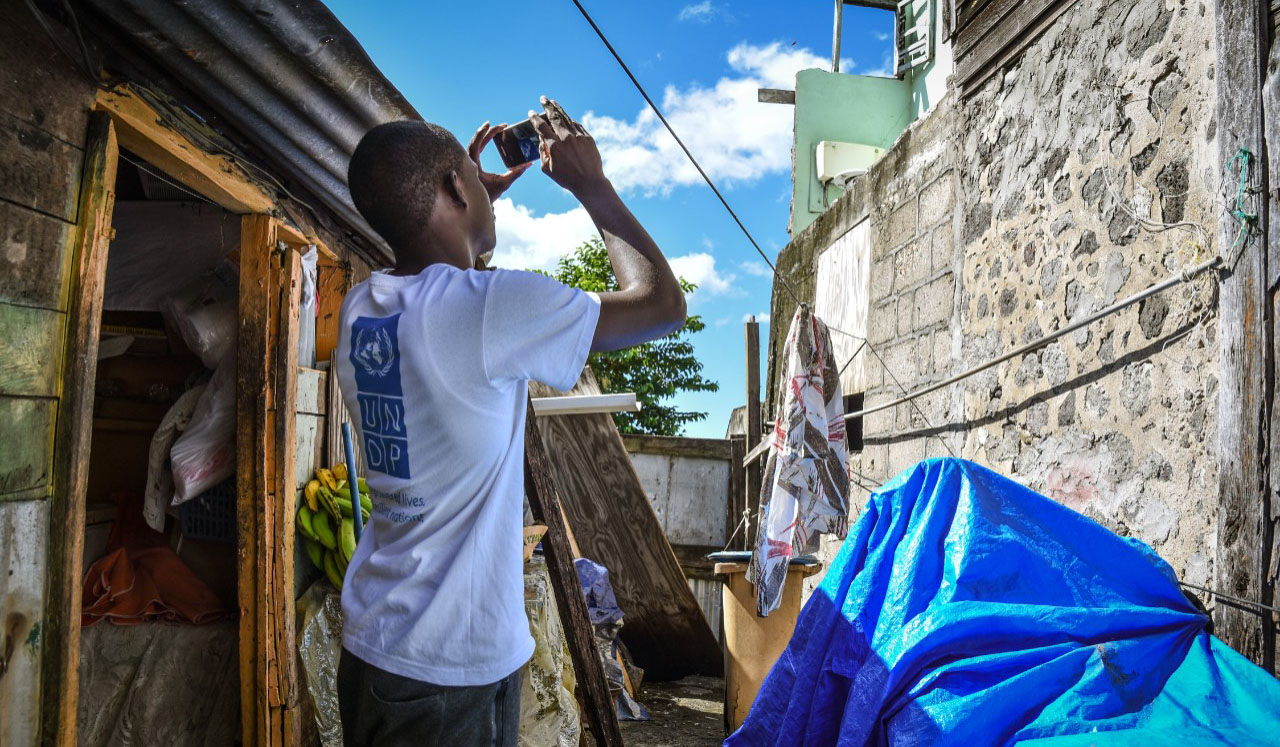 In the past thirty years, the number and strength of tropical storms and hurricanes in the Caribbean has tripled. In the past three years alone, three category-5 hurricanes have brutalized several Caribbean islands. It’s no wonder that people in the region are anxiously bracing for the coming hurricane season, which runs June to October.

The UN Development Programme (UNDP) is leading the way in helping Caribbean countries recover and rebuild for the long term. And they’re using innovative means to do it.

Responding and rebuilding first requires data on what has been damaged or destroyed, and where. In the past, data collection was a laborious paper-based process that took months or years. After Hurricanes Irma and Maria caused massive destruction in the region in 2017, UNDP and partners launched a new tool to do such assessments in a matter of days. (UNDP Barbados and the Eastern Caribbean Multi-County Office partnered with WFP, UNICEF, PAHO/WHO and UN Women.)

The tool is a mobile app called HBDA, or Household and Building Damage Assessment. It works on a smartphone or tablet.

Government officials and volunteers are given a simple training in how to use HBDA. They fan out into their communities, systematically collecting data. That information is fed into a central database and can be used to create maps, charts, visualizations, and more. (The tool uses software called Kobo Toolbox to collect the data and Microsoft Power BI to create maps, charts, and other visualizations.)

Developed by more than 50 experts on data, policy, and disasters, HBDA captures gender-disaggregated information on families, children, and the elderly, as well as on the impact on houses, health facilities, schools, and other buildings. The result is a comprehensive dataset for multiple sectors.

The data is user-friendly and easy to access, helping authorities to rebuild and monitor progress, as well as make informed policy decisions.

This innovative tool has already helped governments across the Caribbean, including Antigua and Barbuda, Dominica, and the Bahamas. Now its use is expanding. HBDA was used outside the Caribbean for the first time in November 2019, after an earthquake in Albania injured 3,000 and killed 50 people. (See more in this video.) In 2020, UNDP will train experts on five continents to assist national authorities and impacted communities. To that end, UNDP is currently working with IMPACT—a humanitarian and development think-tank—to improve HBDA’s functions and its interface.

One goal is to develop a “preparedness forecast formula,” so that HBDA can not only record data on past disasters but be used to assess vulnerabilities and help countries prepare for future hazards. Hurricanes and earthquakes will always be with us—albeit more frequently with climate change—but they don’t have to cause as much destruction. With ever-more-sophisticated tools like HBDA, countries can be readier for the long term.

Please stay tuned to Action 2030 Blog for the progress of the HBDA, we will continue to keep you informed!

If you actually want to know if there is any storm forming now across the Caribbean or beyond, you can check windy.com.