Leaving no refugee behind: The UN is stepping up efforts to assist Central African refugees arriving in Cameroon 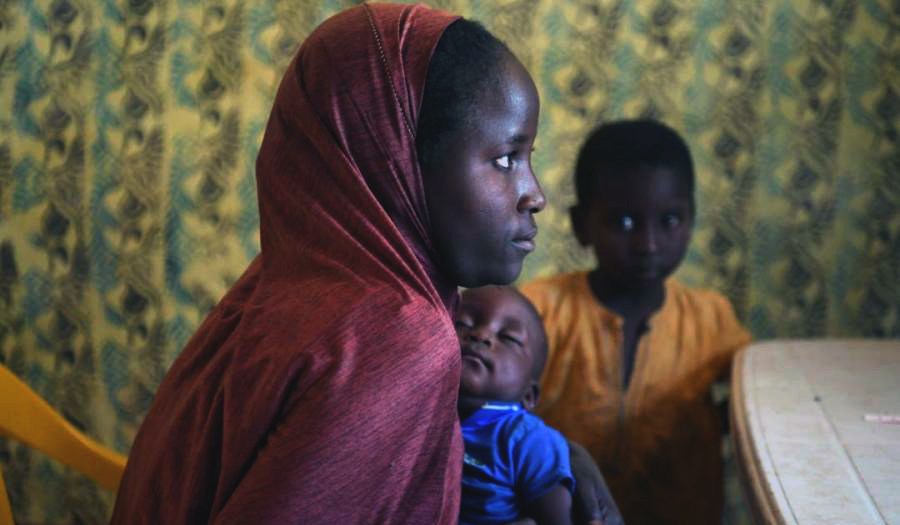 Caption: A mother and her child (foreground) have recently arrived in Cameroon from the Central African Republic.
Photo: UNHCR/Xavier Bourgois

A middle-aged man is sitting at a hotel bar in Garoua-Boulaï, a small town in eastern Cameroon located on the border with the Central African Republic. He is making phone calls. Just a few weeks ago, he was campaigning for parliamentary elections in the Central African town of Bouar.

But incursions and attacks by the rebels put an end to his campaign. Together with several other people in his town, including community leaders, farmers, merchants and civil servants, he had to flee towards Cameroon. A resurgence of violence in the Central African Republic last December caused 5,000 Central Africans to seek refuge.

"Now I'm stuck. The road is blocked," the man* explains. He is now looking for a flight back to Bangui, the Central African capital.

For several weeks now, there has been no traffic on this road - the main road between Douala, in Cameroon, and Bangui - as evidenced by the dozens of freight trucks parked by the Cameroonian side of the road.

A dangerous, exhausting journey with ultimately no certainty of survival

Nearly 5,000 Central Africans have trekked through the bush to reach neighbouring Cameroon, avoiding the road and armed groups.

Melina is one of the newly arrived refugees who came to register with the United Nations Refugee Agency (UNHCR). To get here, she had to walk with her family 60 kilometers from Baboua, in the Western part of the Central African Republic.

"Since 19 December, we have been seeing taxi drivers fleeing Gallo (40 km away). They have told us that the rebels were on their way to Baboua. On 21 December, we left on foot with the children. We had to walk because we couldn’t find bush cabs. We walked, and walked, and walked until we got to Garoua-Boulaï.”

Melina now finds it hard to imagine returning to her country. She says she is ready to go anywhere, as long as she and her family can live there in peace.

Working together to make sure refugees have access to vital resources

A 30-minute drive from the border, the Gado Refugee Camp is already home to more than 26,000 Central African refugees, who had previously fled from violence in 2014. Teams of carpenters are already working to build 300 emergency shelters to house some of the newly arrived refugees. The others will be living within the local communities.

Josephine Oumarou is one of those who fled the heavy weapons fire in Bouar.

"I have many children and I don't have money,” she said. “How am I supposed to pay for housing? I’d rather to go to Gado. But will we find a place to stay in Gado? Will we find food? I don't know. Here, it’s a bit difficult to find food with the children."

For Maurice Moussouravi, Head of the UNHCR office in Meiganga—which runs the Gado camp—the situation is still manageable:

"For now, with our partners’ support, we can cope with the arrivals and provide them shelter, food and care. However, if the influx continues to grow, we will have to work together with the Cameroonian authorities to direct people wherever they can be best taken care of and, most importantly, be sure to stay safe”.

In response to the new emergency situation, the World Food Programme (WFP) and the United Nations Children's Fund (UNICEF) also joined the effort to assist refugees. With support from its partners, WFP has already provided around 20 metric tons of foods such as rice, beans and vegetable oil, so the refugees can make their own meals and settle in. For its part, UNICEF is working to provide children with lifesaving assistance, including safe access to water, sanitation and hygiene (WASH), education, nutrition and child protection.

Concerned with the high level of strain on humanitarian resources, Moussouravi stressed:

"Currently available resources are limited, and if the number of new refugees continues to increase, we will need all the support we can get from our partners to continue helping them".

*The name of this man is kept undisclosed for security reasons.