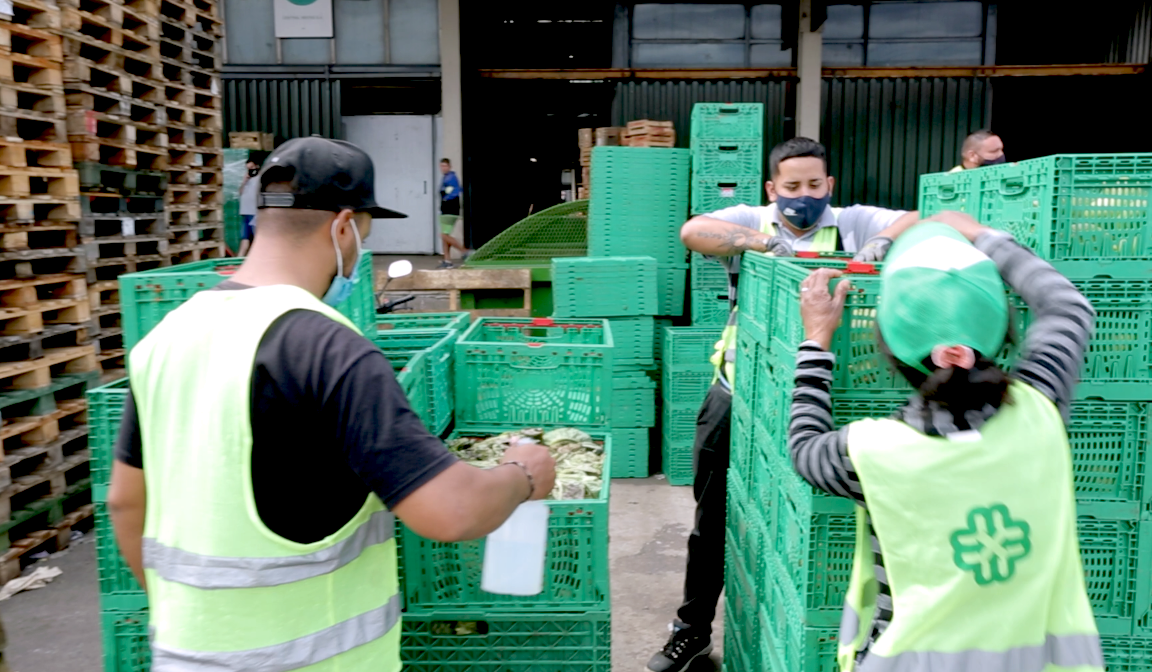 The United Nations agencies, funds and programmes in Argentina were immediately deployed at the onset of COVID-19 as the UN recognized the health, economic and social implications this virus would have in the country.

Once the national quarantine was decreed in Argentina on 20 March, to help avoid food shortages, all workers in the food sector were considered essential. These workers risked their health for the betterment of their communities. Because of their efforts, consumers were able to buy fresh and healthy products for their families and households.

Faced with this reality, the International Labour Organization (ILO) launched Hay Mañana (translated as There is Tomorrow). This public awareness campaign had the support and participation of the Food and Agriculture Organization (FAO), the Ministry of Agriculture, National Agricultural Technology Institute (INTA), the National Food Safety and Quality Service (SENASA in Spanish) and the Central Market of Buenos Aires.

The initiative has sought to promote health, safety and decent work conditions for those working in the Central Market of Buenos Aires, which receives about 700 truckloads of fruits and vegetables daily. This volume is equivalent to more than 106,000 tons of food per month that are distributed and marketed in 900 points of sale, located throughout 18 pavilions. Thanks to the efforts of theses 10,000 essential workers: transporters, operators, consignees, wholesale traders and retailers, producers, agro-industrial companies, wage workers and other labourers in this sector it was possible to maintain this business operating fully.

Prior to the pandemic, ILO and FAO were already evaluating a joint campaign focused on the need to promote decent work in the food production sector. COVID-19 made the campaign even more essential than ever. This campaign embodies hope, building a joint vision of what’s in the horizon for everyone and aspirations for building an inclusive future with decent work for all.

The messages of this campaign began their circulation on 21 September and lasted until 1 November, and were broadcasted through social media platforms, FM radio stations, and posters placed at the Central Market facilities. The campaign targeted not only market staff, distributors and other stakeholders but also consumers.

During the first two weeks, the campaign managed to give visibility to the community’s work, with messages that highlighted the effort carried out since the COVID-19 outbreak. The next stage emphasized concepts associated with decent work, food security and fundamental labour rights, with a particular focus on the eradication of child labour and the transition to the formal economy.

In the final stage, it showcased the work of all those involved in the production and distribution of food, with a particular focus on highlighting the knowledge, skills and experiences of the men and women who work this sector. Although the results of this final stage have not been fully measured, the key actors and stakeholders within the food production and distribution sector have expressed their gratitude for the campaign’s recognition of their vital daily work.

ILO and FAO merged their expertise to create a campaign that provided people with hope towards the future. Despite the socioeconomic uncertainty, this initiative managed to successfully focus the lens on the rights of workers, especially those who work in essential sectors such as food production and distribution.

"In a pandemic scenario, guaranteeing fundamental labour standards, principles and rights is crucial to improve social and economic conditions in the Argentine Agri-food System and the different food supply chains”, stated María Eugenia Figueroa, national coordinator of Offside: Marking the Court by ILO Argentina. The joint efforts illustrated the importance of this campaign, which was supported with funding from the United States Department of Labor.

Elizabeth Kleiman, head of Food and Nutrition Security at FAO Argentina, also emphasized the inter-agency work of the United Nations alongside the public sector and other stakeholders:

“[Hay Mañana Campaign] made the essential role of supply markets even more visible not only as sector, but as a key essential community that maintains the constant flow of food and fresh goods for the population. We ought to make sure the health crisis does not become a food crisis in Argentina”.