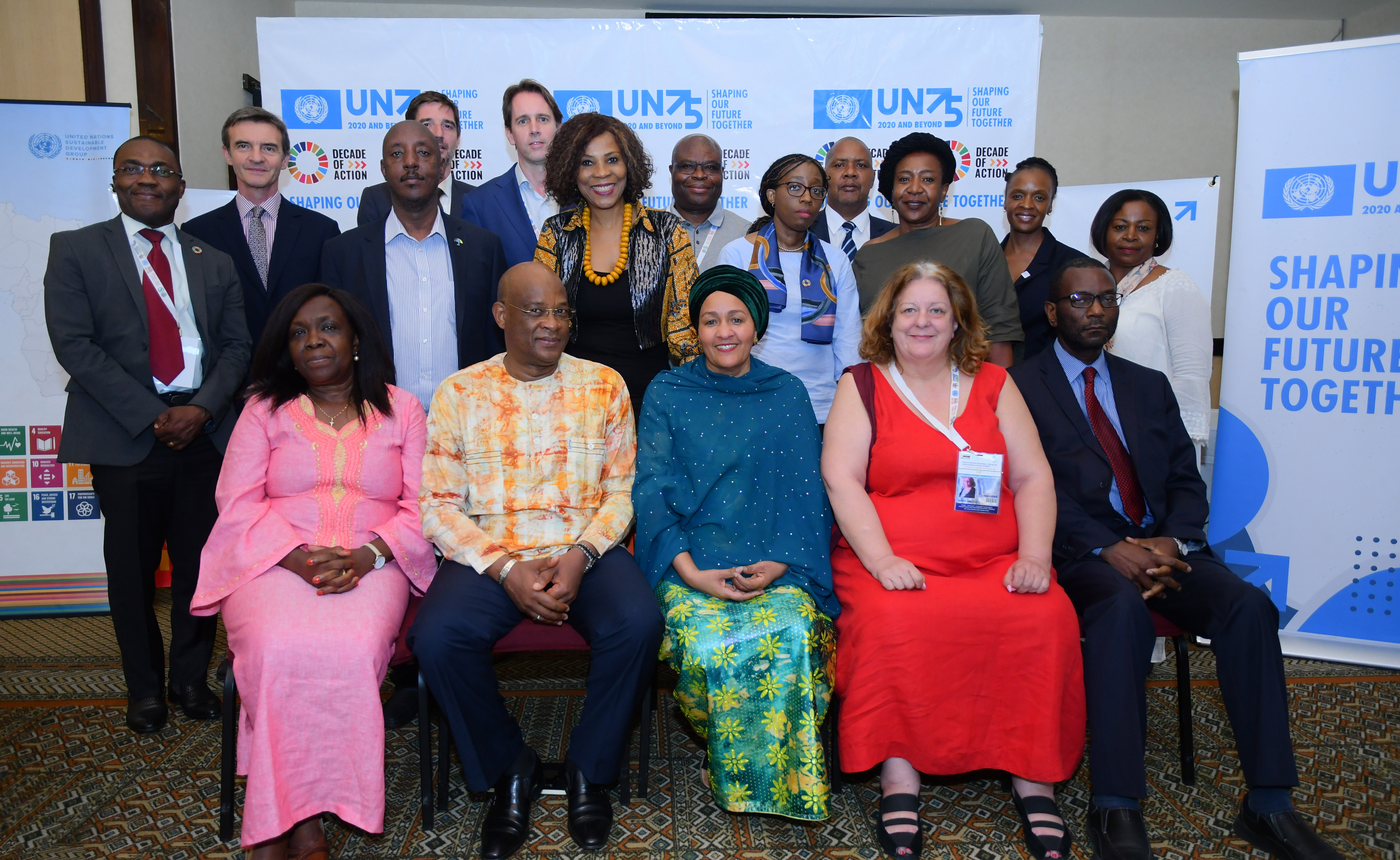 Victoria Falls, Zimbabwe, 24 February 2020 (ECA) – United Nations Deputy Secretary-General, Amina Mohammed, on Monday hailed the productive relationship between the UN and the African Union as the two institutions continue to work together to tackle challenges affecting the continent, among them poverty, hunger, unemployment and conflict.

In opening remarks at a special session of the Regional Coordination Mechanism for Africa (RCM-Africa), held ahead of the sixth session of the Africa Regional Forum on Sustainable Development (ARFSD 2020), Ms. Mohammed said the significance of the African Union as a strategic partner of the United Nations cannot be overstated.

“I deeply value the tremendous work that has been done and the productive relationship between the UN and the AU,” she said, adding that advancing the integrated implementation of Agenda 2063 and the 2030 Agenda for sustainable development was at the core of the work of RCM-Africa.

Ms. Mohammed said she was concerned that the pace of poverty reduction was slow on the continent with inequalities persisting, meaning the leaving no one behind call of the sustainable development goals remained elusive.

“The region also has the highest prevalence of hunger, with the rate increasing from 18.3 percent in 2015 to 19.9 percent in 2018. This means that almost 40 million Africans, especially women and children, went hungry under this period,” she said.

This was exacerbated by the impact of climate change on the continent with nearly 22.8 million people now severely food insecure in Ethiopia, Kenya, Somalia, South Sudan, Sudan and Uganda, the UN Deputy Chief added.

She said the AU and the UN should continue to strengthen their partnership and work hard to create decent jobs for the youth and ensure there is gender equality as these were some of the challenges putting at risk the continent’s efforts to leverage the democratic dividend.

Ms. Mohammed said although Africa had made notable progress in education, health and other social outcomes, the continent was not on track to achieve the SDGs by 2030, and the key goals of Agenda 2063.

“We must support governments to ensure their broader national development plans and financing frameworks correspond to the magnitude of the change needed to deliver by 2030; the Decade of Action was an opportunity to unleash a new wave of implementation efforts that will deliver for the people and planet,” she stressed.

For his part, the African Union Commission’s Deputy Chairperson, Ambassador Thomas Quartey Kwesi, underscored that the special of the RCM-Africa was intended to feed into the institutional principles of harmonized working methods and consultation between the AU and the UN development frameworks for Africa. “..We cannot emphasize this strongly enough. The AU and the UN, are so to speak, joined at the hip,” he said.

He also stressed that the energies of Africa’s youth need to be usefully channelled through education, science and technology, health and employment, away from conflict if there is to be sustainable development on the continent.

“That is the central problem that connects the AU agenda 2063 and the UN SGD 2030; that is where our two agendas resonate and are mutually reinforcing,” he said, adding, “We have no time to waste. Time and tide wait for no man, more so for our youth and our women.”

Turning to the host nation, Mr. Kwesi said; “For us to build the conducive conditions to achieve these lofty ambitions, the AU has called for all the sanctions on this country to be lifted immediately. This is what will allow for more effective engagement of our women and our youth in the multifaceted process of accelerated development.”

He added the AU’s Agenda 2063 and the 2020 AU theme - Silencing the Guns: Creating Conducive Conditions for Africa's Development – “were central to today’s special session, as the AU and the UN examined ways of accelerating the realization of sustainable development goals.”