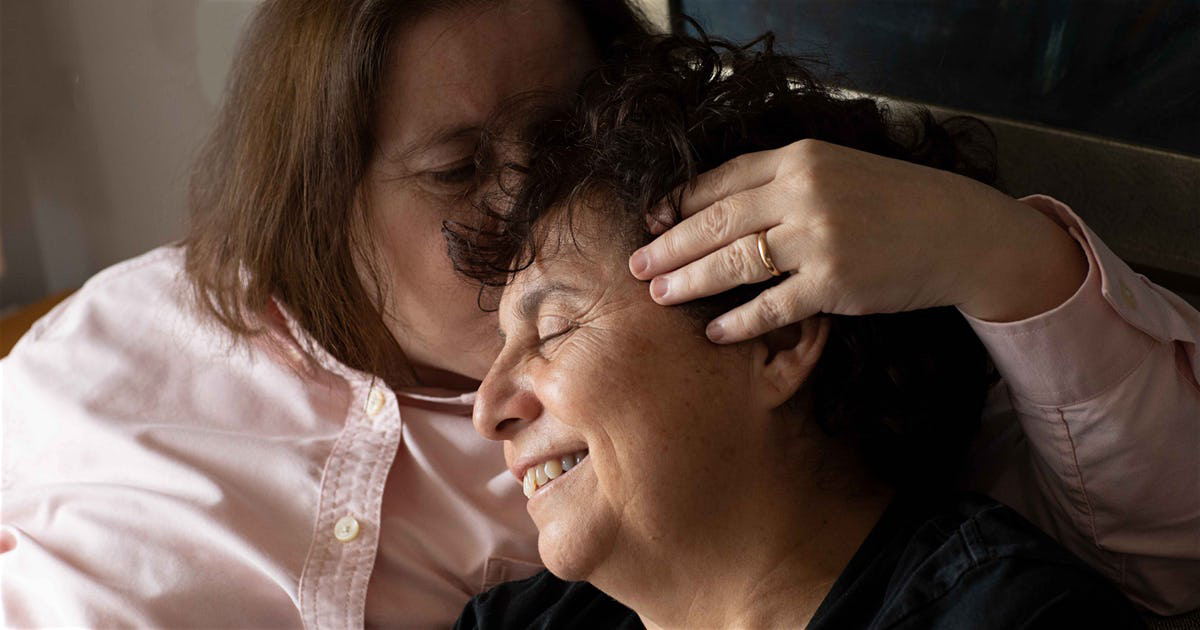 Much of what is said about lesbian, gay, bisexual, trans and intersex people is actually…PURE NONSENSE

There are a lot of misconceptions or negative stereotypes surrounding lesbian, gay, bisexual, trans and intersex people. For example, some people think that being LGBTI is a disease, unnatural, harms families and children. It is also claimed that that LGBTI people ask for special privileges or that they want to impose their beliefs on society. This could not be further from the truth – but still leads to violence and discrimination against LGBTI people.

"Saying that trans people are unnatural is pure nonsense. We are neither sick nor weird. What is wrong with a person fighting for who they want to be?"

Marco is a social psychologist and an artist. He is 38 years old. The sex assigned to him at birth was female, but Marco feels like a man and lives as a man. Marco is a trans man. Is that unnatural? No. At school, Marco suffered violence and mockery at the hands of his classmates. Experiences like Marco’s show why 56% of trans people are afraid to express their true gender identity.

Gender identity refers to a person’s deeply held experience of their own gender. Transgender people have a gender identity that is different from the sex that they were assigned at birth. As stated by The World Health Organization, there’s nothing wrong with being trans. It is simply a part of the rich diversity of human nature and should not be treated as a disorder.

At 24, Marco decided to adapt his physical appearance to how he felt and wanted to be seen. His family supports him. His younger sister is his great friend and confidante. Marco has managed to change his name on his ID but not his gender.

Manolo is a biologist. He has a specialization in health, gender and public policies. He is 65 years old and has been sharing his life with Martín, his partner, for 25 years. One day Manolo had an accident. Martín took him to the hospital, but he was unable to enter the emergency room with him or authorize the surgery. The reason? For the hospital authorities, Manolo and Martín were just "friends." A relative needed to decide on the health of the injured. Even though valuable time was lost, Manolo luckily managed to overcome the obstacle.

Like Manolo, thousands of LGBTI people suffer discriminatory treatment accessing and enjoying their rights to things such as work, housing, education and health. Legislation on these issues often stalls because those opposed to equality claim that there are more important things to take care of first.

States, regardless of their political, economic, religious and cultural system, have a legal obligation to promote and protect the human rights of all people without discrimination. Manolo and Martín are still together and happy. They have a house, two pets and many plans for the future.

"It is pure nonsense that we are not a family. Relatives share blood, but love is what makes you a family. We love and support each other like any other."

Just like many other institutions, how we understand family has gone through massive changes over the past decades. There are many different types of families. What they have in common is that they give their members love, strength, support and protection. It is a human right to have your family recognized by the state – no matter who you are or whom you love.

“It’s not true that having a gay family member is a tragedy, that’s pure nonsense. We are best friends and we enjoy life together!”

“Mom, I’m gay.” It is a phrase that thousands of young men have pronounced with fear, not knowing how their parents will react. Many others have decided not to reveal their sexual orientation.

“And what’s the problem with that?” — answered Cecilia when her son Carlos came out to her. Since then, Carlos has lived without fear. He is an English translator and an activist. He has a great time with his younger brother.

Cecilia is a psychologist and she understands that a lot of mothers don’t know how to accept their children’s homosexuality. That’s why she stablished the “Support Group for Mothers of Homosexual Children.” They have helped dozens of families to understand that having a LGBTI kid is nothing bad or unnatural. That family should be an open and a safe space for anyone.

Susel is a lawyer. She is 56 years old. Her partner since 2005 is Gracia, also a lawyer. Both are successful professionals. Like any couple that loves one another, they decided to get married, which they did in the USA in 2016.

“We are not imposing a lifestyle, that’s pure nonsense. We want to live our relationship openly. Without losing our jobs because of it.”

Alejandro is a civil engineer and a college teacher. Camilo is an architect and art historian. They met over 30 years ago walking the streets of Lima. That day they started their story, one full of challenges, but also beautiful experiences. One of the most exciting was their marriage in Mexico. They will try to register it in Peru, just like any other couple looking to have their marriage be legally recognized.

But they know it will be a fight for them. As activists for LGBTI equality, they belong to a group that, through art, music, culture and dialogue, is trying to transform our society into a more inclusive, respectful and less violent one.

Despite having fought for decades, there are still many places where same sex couple are at risk. For Camilo, for example, introducing Alejandro as his husband at work, or showing themselves publicly, would mean losing his job. They are not asking for special rights, just for the same rights as everyone else.

The United Nations family in Peru works together in the area of human rights through its agencies, funds and programmes. The Government of Peru partners with the UN team to implement the National Human Rights Plan.

UNESCO and ILO partner with the private sector to promote diversity and non-discrimination of the LGBTI community in the workplace. UNAIDS, with civil society organizations and the Ministry of Health, supports the implementation of health public policies especially for LGTBI groups and people living with HIV.

“All human beings are born free and equal in dignity and rights.” This affirmation in the Universal Declaration of Human Rights is the cornerstone of international human rights law, and at the heart of the mission of the United Nations.

Simply put, human rights are for everyone, without exception: lesbian, gay, bisexual, trans and intersex (LGBTI) people are just as entitled to protection, respect and fulfilment of their human rights as everyone else.